In 2006, Jamie Gold sat atop the poker world. The former television producer and Hollywood talent agent won poker’s most prestigious prize at the WSOP Main Event, along with a $12 million winner’s purse. Notably though, Gold stood out among the 3 previous champions (Chris Moneymaker, Greg Raymer, and Joe Hachem) for not having secured any sort of sponsorship deal. That all changed last week when Gold inked a sponsorship deal with Tropicana Las Vegas.

Choosing a different path than other former World Series of Poker Main Event Champions, Gold has spent much of the last few years devoted to philanthropic causes and making appearances at high-profile charity poker events, not making much “poker news” aside from a few memorable hands on High Stakes Poker. In his own words, Gold says that “it has been so rewarding; … [giving] back to the game I love which has given me countless opportunities.”

As part of the new endorsement deal, Gold has officially been bestowed with the title of Tropicana’s Poker Spokesperson and Ambassador. He also received the rare honor of having a Las Vegas casino poker room named after him, as Tropicana’s poker room will now be called “The Jamie Gold Poker Room”. Other poker luminaries who have received this honor include Phil Ivey, who has a room at the Aria named after him, and Bobby Baldwin, namesake of the legendary “Bobby’s Room” at the Bellagio.

The Tropicana Las Vegas recently unveiled its revamped poker room, part of a multimillion-dollar upgrade to the casino/resort complex. Spreading a wide variety of low and high stakes cash games as well as tournaments, the new poker room is sure to attract players looking for a good time in an intimate setting. Gold’s association and commitment to play in-house gives casual poker players the chance to play with a true icon of the game, a unique experience to say the least. 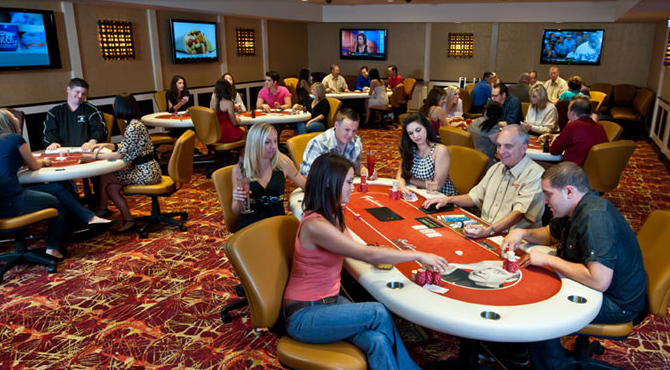 Gold’s excitement about the deal is palpable: “This deal with Tropicana covers everything I could have ever wanted in a relationship with a major Las Vegas Strip resort and it will serve as my anchor and the conduit to all of my future poker and philanthropic endeavors.”