iPoker currently runs the world’s second-most-trafficked online poker network after PokerStars. In the shadow of Full Tilt Poker’s demise, iPoker has risen to prominence in recent months, especially in the U.K., above other more well-known online poker platforms such as those run by 888 Holdings and PartyGaming. Among those on the iPoker network of poker rooms are household names like Titan Poker, Winner Poker, and Mansion Poker. In the wake of their relative boom in popularity among players, iPoker has decided to hold a $1 million guaranteed series of 4 online poker tournaments, nicknamed iPOPS. 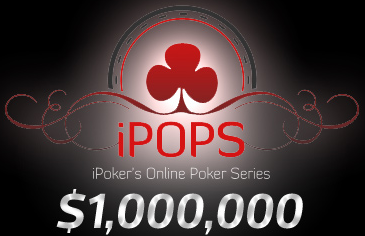 The first 3 preliminary events have already been staged with the last and largest event ($135 buy-in, $500K GTD, No Limit Hold’em freezeout) scheduled to be played tonight at 6pm GMT. A relatively low number of players registered for the event thus far all but guarantees there’s going to be an overlay for this tournament, so there’s definitely some great value here for online poker denizens.

A unique feature of tonight’s $500,000 guaranteed event is that all action will be stopped once 27 players remain in the tournament online. These 27 players will earn all-inclusive travel and prize packages to Prague, Czech Republic (home of recent PokerStars signee Martin Staszko), where they will reconvene in person at the Ambassador Casino next weekend to conclude tournament poker play at 3 tables in a live setting.

Just as London has become a hub of live poker activity each September in recent years, so too Prague is really carving out a niche for itself as one of December’s go-to poker destinations! In addition to the aforementioned event, the upcoming iPOPS Live Main Event and European Poker Tour (EPT) event are also guaranteed to attract large crowds of runners to one of Central Europe’s most beautiful and charming cities.

Just to note – this tournament has TREMENDOUS value! Currently, only about 1,500 players are registered…which means an overlay of about $300,000….that means a LOT of free money up for grabs for whoever cashes 🙂