Poker has been good to Martin Staszko in 2011. The 35-year-old first tasted success online at PokerStars during their SCOOP tournament series, winning a $109 no limit Hold’em rebuy event for $91,000. He followed that up with a fourth-place finish in their WCOOP tournament series, in a $215 no limit Hold’em rebuy event, for an additional $73,000. These online successes paled in comparison to Staszko’s performance at this year’s World Series of Poker, where he finished as the runner up to Pius Heinz in the Main Event and won $5.4 million. 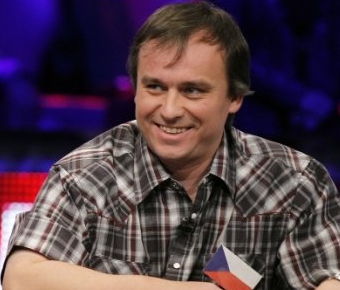 Staszko, a former darts champion and chess master, has always been a standout when it comes to game playing. This mental prowess was on full display for the world to see at the WSOP Main Event final table last month, where he entered 9-handed play with the chip lead and had eventual champion Heinz on the ropes a number of times during over 6 hours of heads-up play.

PokerStars, in recognition of Staszko’s extraordinary skill and abilities has announced that they’ve signed the Czech Republic native to a sponsorship deal. Just the second Czech PokerStars pro (after Martin Hruby), Staszko mentioned in a press release that he was looking forward to representing his country at the upcoming EPT events in Prague. Expressing his joy at reaching the sponsorship deal, he was quoted as saying that he was “really happy to sign for PokerStars and join such a talented team of poker players. I’m playing in my home country at EPT Prague as a Team PokerStars Pro and looking forward to playing many big live and online tournaments in 2012 like the PCA and WCOOP … My main focus is to win a mixed game event at the next WSOP, becoming the first Czech player to win a bracelet.”

Who says nobody ever remembers who finishes second?