Survivor fans know Shirin Oskooi from her appearances as a contestant on the long-running reality show. The former tech executive played the game in the Worlds Apart and Cambodia seasons of Survivor, and that experience led to Oskooi playing poker for the first time at Run It Up Reno in October 2018.

Oskooi enjoyed her first taste of poker so much that she started devoting serious time to the game. Other folks might be more into the gambling aspects and the idea of possibly winning big money, so they’d perhaps look into the advantages of new online casinos 2020 has to offer. Oskooi, by contrast, fell in love with the game of poker itself and is now plays full-time at events throughout the U.S.

I had the opportunity to chat with Oskooi about her journey from the technology industry to poker, and about what lies ahead in that journey for the Survivor alum. 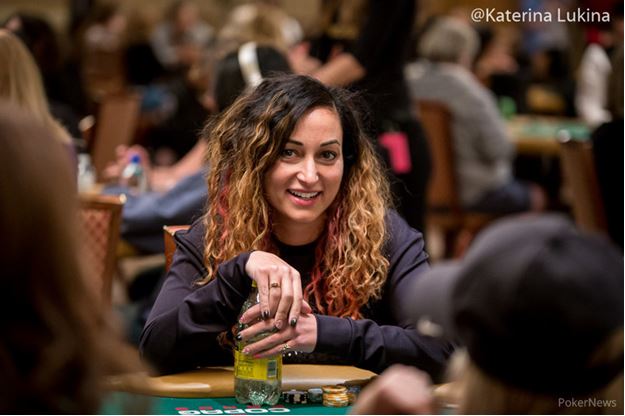 Would you call yourself a full-time poker player now?

Yes; it’s weird to say and I don’t know why. I’m 37 and I have a full career in tech. I guess it’s because I haven’t been playing poker all my life and it’s still so new it. It feels weird to say I’m a full-time poker player.

Obviously, I still have so much to learn, and so much to do. But yeah, I am a full-time poker player.

Out of all of the things you could do, what brought you to poker?

So Jason Somerville is a huge Survivor fan. At Run It Up Reno, he always does a Survivor watch party, and there’s a little bit of Survivor overlap. A couple friends of mine, who are poker players and go just for the poker, invited me to join them, just for the Survivor part.

So I went in October 2018, and it just so happened that while I was there at that time they were doing a Survivor charity game. It was a sit ‘n go, and whoever wins donates a couple thousand dollars to their favorite charity.

They signed me up for it, and my friends gave me a crash course in poker. That was the first time I ever played. It was on stream with these other Survivors for this charity game.

And I just really took to it, I really enjoyed it. I thought a lot of the basics came to me pretty easily, so I was hungry for more.

The more I played, there were a couple things that really stood out to me. I didn’t care as much about whether I won or lost a hand. I cared more about did I do the right thing, and learning more of the strategy.

There’s a lot of overlap between poker and tech, and just life. There are more appealing things about poker to me. In tech, or your job, everyone is your co-worker, or an employee, or an executive.

Even though for the most part tech is pretty laid back, and can be very social, your job is still on the line all the time. In poker it’s more social by nature, more organically.

What do you think are some things that could bring more women into poker?

I think about this sometimes; when I was still really new to poker the reception I got was a lot more mixed. I’m so lucky to have started through Run It Up Reno. Everyone was just excited to have more people come and play poker.

My first real event was the Run It Reno Main Event last April. I ended up at this magical table where everybody was actually helping me out and giving me feedback. It didn’t feel like cheating or collusion or anything, it just felt like everyone was trying to help me out and get me to love the game. And they did.

It’s 100 percent such a huge reason why I stuck with it. They made me feel comfortable. That was in the tournament scene, and I felt like in tournaments there’s more of this camaraderie.

But then when I would play cash, the reception was not as friendly. It was sometimes very obvious when people would see that I was new and try to bully. Maybe “bully” isn’t the right word, but that’s what it felt like. You could just call it aggressive, exploitative play. And I think there’s a way to still be aggressive and exploitative while still showing these new people a good time.

I think it’s important that these casinos, and people that put on tournaments, that they’re actively making sure there’s a diverse population, at least somewhat represented, in the pool.

As you said, Run It Up Reno has that Survivor tie-in. How would you rank the Survivor alums as far as their poker ability?

It’s hard to rank them linearly, but to me they fall into very clear tropes. Like Boston Rob is a nit, and a limper. Nits do pretty well, but they don’t crush. But they get by.

Whereas Tyson Apostol, super aggro. Gunslinging cowboy, and that works really, really well, or really, really badly. So often if I see Tyson in a tournament, he’s chip leading and he’s destined for a final table. And then like a couple hours later he’s out.

Adam Klein was also pretty new to poker when I started playing. Adam is like a great balance between Boston Ron and Tyson. He’s incredibly smart and probably picks things up very quickly.

Ronnie Bardah is obviously the best player of all of them, because he’s been playing his whole life and his resume speaks for itself.

I can’t compare myself to any of them. I’ve been playing poker way less than them.

But if you were going to put yourself into one of those categories though, where would you put yourself?

I have huge swings. I guess the trope that I would be is just super, hyper competitive. I’ll still make insane bluff shoves that I get caught on and bust spectacularly. I think it’s hard to put myself in a category.

I’m a woman, so when I come to the table people assume that I’m going to play like a woman. Like I’m only going to three-bet with aces, or if I check-raise I have aces. Like I would never play four-five suited.

People never put me on these low suited connectors. Because I’m new, and I’m a woman, and they think I’m just going to be nitty. And so I’m nitty until I’m figuring out the table, and I’m leaning into that perception. Until I don’t. And then very quickly I will turn that on a dime.

I saw you at WSOP Circuit Harveys Tahoe, and you won a deepstack event out there. I believe it was your first tournament win.

Yes it was my first final table and my first win.

What did that mean to you to get that win?

In a way it was even a bigger deal to me when I made the final table. Because you can’t ever expect to win. You can go in competitive. There’s a point in a tournament where you know you’re going to run deep. But you can’t ever say I’m definitely winning this.

But there’s a point at which you can say this is it, I’m going to make the final table. It’s like the Roger Bannister effect of humans breaking the four-minute mile. Once one person did it then a bunch of people did it.

For me it was like, I made the final table, I can make deep runs now. And winning is like the greatest thing you can do to shatter other people’s expectations. I do think it changed some people’s opinions of me, of whether or not I have it. Because now people see that I am capable of winning.

What are your long-term goals in poker?

My dream end state would be playing all the high roller events, and doing well in them. That’s one big goal. There’s also the financial goal for sure; being able to make a good living in poker.

I don’t think the way you make money is always through the actual playing of poker. So I think finding other revenue streams within the world of poker is a goal as well. Looking for opportunities where I can add value off the table.

Thanks Shirin! Hopefully we’ll see you somewhere out on the live circuit soon.