If You Love Poker Enough, It’ll Love You Back

A recent conversation I took part in on Twitter jarred my memory about an article I wrote for CasinoAffiliatePrograms.com back in 2012 about how to make money as an online poker affiliate. Before I get into the details of that conversation, however, I’d like to give a brief explanation of what exactly “poker affiliate marketing” is, as well as why I’ve avoided it ever since founding this poker blog way back in late 2009. 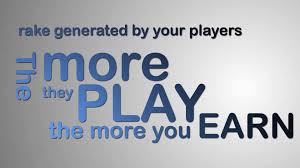 Affiliation is the predominant means via which most poker sites that aren’t themselves operators; i.e., rooms, make money. In the early 2000s, the business model exploded in popularity right alongside the poker boom, as follows:

Poker affiliate sites took a massive revenue hit upon the passage of the UIGEA in 2006 and another huge hit on Black Friday in April, 2011. That one-two punch led many smaller poker affiliate sites to die out over the years, as revenues simply couldn’t cover costs and provide a reasonable profit anymore for the affiliates running them. The affiliate sites that survived have names that might ring a bell: PokerStrategy.com, PokerNews.com, PokerListings.com, etc. These sites are backed by established companies and staffed by dedicated teams of people who are paid to crank out interesting poker content year round for our consumption.

Making Money from Poker Isn’t My Focus, Just a Much Appreciated Side Benefit

After founding Cardplayer Lifestyle, I learned quickly that as a “one-man show”, my little poker blog had no way of competing with the big poker affiliate sites, whether for poker news traffic or for affiliate-based revenues. In other words, most visitors I was attracting either already had online poker accounts, had more to gain by signing up through other bigger sites, or quite simply weren’t interested in playing poker online.

Moreover, even if somehow I’d be among the first to publish poker news, I’d always be reporting secondhand information. Plus, I understood that this site would never rank high enough for breaking poker news search terms on Google to attract significant traffic of that variety. These realizations actually helped me understand who I needed to be writing for and thus improve the quality of what I’ve published over the years.

Indeed, I’ve focused my efforts on writing longer poker lifestyle pieces and op-eds, mostly about the live poker scene, as well as trying to obtain and craft great poker interviews for you. In fact, those actually rank pretty well for a number of Google search terms :-). 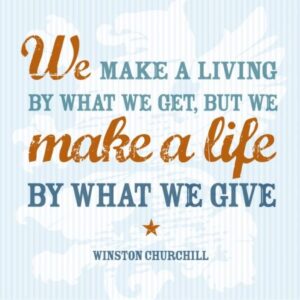 Luckily for me, this poker blog has always been a side pursuit – a labor of love, while I toil away for a living at a full-time job. With that said, as any small business owner, I still want my efforts to bear fruit and provide me with “some butter for my bread”, if you can catch my drift.

So, I settled on the “if you build it, they will come” (and then, perhaps, money will follow) model. It’s a long-term strategy, to be sure, but I knew that I wanted to carve out a particular little niche for myself in the poker world and that it would take time to do so.

Successful poker grinders like to show off their graphs. The image below is “my graph” for Cardplayer Lifestyle:

It takes a long time for one guy to build an audience for a poker blog from scratch, without paying for Web traffic.

“Organic” Means That It’s Not About the Hard Sell

Over the years, I’ve worked hard at learning how to best attract a loyal fan base to consume the content I produce and publish on these pages. Thankfully, with the support of many wonderful people who I’ve forged bonds with over social media, the help of some good friends who’ve taught me a lot about how to be a Webmaster, as well as the submissions from some excellent contributors who have kindly penned some great articles for me to publish, I’ve been fortunate to cultivate a nice-sized audience to this site of approximately 6,000 visitors each month. The part I’m most proud of? It’s all “earned traffic” (as opposed to “paid traffic”). In other words, I’ve never placed ads to get someone to visit my site; it has all come “naturally”.

Anyhow, importantly, my goal has never been to “make money off of my audience”. Save for the Poker Notes Live app, which I co-created, I’ve never really tried to sell anything to you guys. The hope has always been to engage and entertain you, then to get you to keep on coming back for more. If and when advertisers would come knocking, I could confidently tell them: “I’ve got a good audience here of rabid poker fans. It’s worth placing a banner or sponsored post on my site; my visitors will see it and will likely check out what you’re offering.”

That Twitter conversation I mentioned at the outset took place between Lon McEachern (of WSOP commentating fame) and Rich Ryan (formerly of PokerNews, now of WPT fame – shout out to the awesome PokerNews Podcast!).

I’d like to highlight the following three tweets, which pretty accurately summarize the conversation:

@lonmceachern Unless you want them to turn into one-writer blogs with less content, less coverage, and a smaller reach. — Rich Ryan (@RichTRyan) August 5, 2015

What I do here on the Cardplayer Lifestyle poker blog falls squarely into that latter category. Sure, quantitatively speaking, I churn out but a fraction of what the big sites do, but frankly my aim is just for everything published here to be of high quality. Hopefully you readers will feel the poker content is good enough to be shared, and that would keep reinforcing a positive cycle of growth.

Perhaps, some day, this poker blog may end up being what I pursue full time, with the time and money investment greatly ramped up on my end along with the amount of content produced and published. For now though, I’m quite happy to be occupying the niche I’m currently in and to keep on working, slowly but surely, to build up the Cardplayer Lifestyle audience.

My $$$ Offer of Thanks for Actively Showing Support

I’d like to end off by “taking a step back” and thanking all of you – I appreciate each and every time you visit my site and consume its content. I appreciate every time you comment on an articles and tell your friends about them, Like and Share them on Facebook, and RT them on Twitter. Those gestures mean more to me than ANY money I’ll ever make from doing this. Thanks SO much! 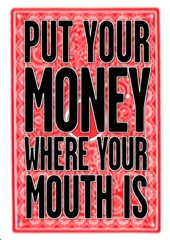 With that said, I want to also make an official standing “thank you offer” to all the Cardplayer Lifestyle fans, and put my money where my mouth is, as follows:

Anyone out there who refers an advertiser to Cardplayer Lifestyle will receive a 25% cut of the proceeds in the event that a deal gets brokered as a direct result of the referral.

@lonmceachern @RichTRyan so, w/ that said, if y’all know of someone who wants the 468×60 banner spot at the top of my site, be in touch 🙂

It’s that simple. When this poker blog succeeds, it’s due to your support, so it’s time for me to give back.