Hello Cardplayer Lifestyle followers everywhere! Let me tell you, I’m a huge fan of the honest and informative poker media that this site’s founder Robbie Strazynski has been producing since 2009. All he does is put out solid content without using clickbait tactics, causing controversy, or running people’s names through the mud. So, when I decided to publish my first book — Advanced Concepts in No Limit Hold’em: A Modern Approach to Poker Analysis — he was one of the first guys I contacted to share my story. I wanted to make sure my writing wasn’t over-edited or presented in the wrong context. 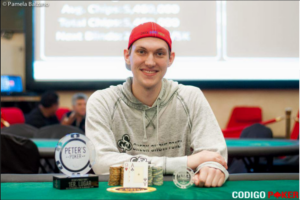 So, let me start off by telling you a little bit about myself and my path in poker.

Essentially, the way I learned how to play poker was very unusual because of the timeline and location of my strategic development. My grandfather taught me how to play when I was 12 and I quickly became obsessed with the game. I started playing freerolls online when I was 14 and penny stakes online when I was 16. By the time I turned 18, I was dead set on playing poker professionally. Then, Black Friday happened…

I was stripped of any opportunity to play online and quickly progress through the ranks, as many other pros were able to do. Instead, I had to scramble to find another career path. In high school, I earned a whole bunch of healthcare-related credits that could be easily transferred to Century College in White Bear Lake, MN, allowing me to finish an AAS in Paramedic Technology in two years. At the time, that was by far the most practical and cost-effective thing to do.

Earning a Degree in Poker

While I was working on my degree, I learned that Minnesota was one of the few states that allowed 18-year-olds to play live poker. Even better, Running Aces Harness Park was just a 25-minute drive from the Century College campus. So, every day after class, I would drive up to the casino and grind $1/2 NL as I slowly built my bankroll. Fast-forward two years, I had just finished my degree and somehow managed to accumulate a $100,000 bankroll playing local cash games and MTTs part-time. 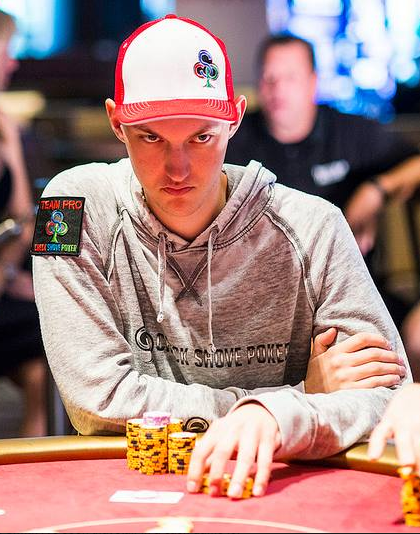 Graduation was really the tipping point for me. It was a time when I was least certain about anything. There were so many questions running through my head. Should I get a job as a paramedic? Where? Should I go get a bachelor’s in healthcare management or nursing science? Where? Should I quit this 80-hour-a-week healthcare death march and go play poker professionally? Where? What if I go broke?

This is why I’d like to teach the world that game theory can be applied to so many things besides poker. People are often placed in complex situations with imperfect information and expected to immediately find a solution to the problem. They usually freeze and do nothing, or they go with the first opportunity presented to them, or they ask their unqualified friends and family what to do. Instead, they should reverse engineer the problem by prioritizing the things that are most important to them. Then, they should do a risk versus reward analysis of the situation and ask themselves if there are any negative irreversible outcomes involved in what they truly want to pursue.

In 2014, after suffering through endless 16-hour paramedic shifts and a record-breaking 44 days in a row where the sun didn’t shine and the temperature didn’t rise above zero degrees Fahrenheit, I ranked my priorities as follows:

Freedom and money weren’t possible in the healthcare industry because hospitals only care about profit margins at the expense of their employees and patients. Poker was my career of choice. Warmth, sunshine, and women weren’t possible because God hates Minnesotans. Florida was my location of choice. And what if I went broke? Worst case scenario, I’d have to go back to EMS but this time I’d be able to feel my fingers and toes.

It’s 2017, I’m sitting in my office in the beautiful condo I bought in cash, staring outside at the bright orange Ford Mustang I bought in cash, working on the consulting business I funded in cash, thinking of ways to make more cash. I just got off the phone my realtor. We’re closing on another investment property in two weeks. And right now, I need to send my editor an email. We’re sending my first book to print in two days. Advanced Concepts in No Limit Hold’em: A Modern Approach to Poker Analysis hits the shelves June 1st. Buckle up!

Data Will Win the Day

After coaching over 250 students through checkshovepoker.com, I’ve deconstructed all the crucial math, pre-flop, and post-flop concepts that every professional poker player needs to know, and I’ve presented them in a way that anyone can understand. I know this because my one-on-one coaching program has gone through many iterations in my pursuit of excellence. My goal is to be able to teach any committed high school graduate how to maintain a $40/hour win rate playing $2/5 NL in less than three months. I believe this is possible by systematizing the learning process instead of throwing novice poker players to the wolves and expecting them to suffer through the ups and downs of trial and error.

To do this, I’ve partnered with the developer of PokerCruncher to improve the user interface and make it easier for my students to learn the five key math components in NLHE: pot odds, pot equity, fold equity, minimum defense frequency, and implied odds. I’ve also partnered with the developers of PokerSnowie because they have the most efficient and cost effective artificial intelligence on the market for accelerated poker development.

If you’re not already using @PokerSnowie‘s incredible software, this has to be the tipping point: https://t.co/XGGI1cralc

Lastly, I’ve convinced D&B Poker to publish the data I’ve compiled using the two pieces of software listed above. So spread the word! Tell all your friends and family that poker is easier than ever to learn so we can expand and perpetuate the awesome pastime we’re so privileged to enjoy.

Most importantly, make sure run good, have fun, and constantly look for ways to improve!

Hunter Cichy is a 24-year-old pro poker player, author, and gambling consultant based out of Fort Lauderdale, FL. In 2014, he launched his one-on-one coaching program through checkshovepoker.com. Since then, he’s coached over 250 small to mid-stakes poker students, produced massive results, and documented the process in his blog and YouTube channel.