How To Play Well Against Famous Poker Players

It never fails. Each year at the World Series of Poker, “name” players keep on breaking through, having incredible performances and making final tables.

The 2013 WSOP might be best nicknamed as “the year of the previous bracelet holder”, as poker luminaries like Mike “the Mouth” Matusow, David Chiu, Erick Lindrgen, Jeff Madsen, Tom Schneider, and close to half a dozen other known poker pros have all added to their career bracelet hauls. Amazingly, with about one-third of the WSOP still remaining, these “name” players account for about 25% of the bracelet wins so far. 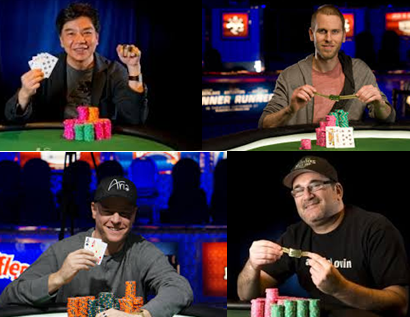 We’ve seen all these guys win bracelets before – this year, they’ve done it again

Unlike other skill-based competitions, tournament poker is open to anyone with money to buy in and enter. Nonetheless, despite the increasingly deep fields, famous poker professionals keep rising to the top and recording one in-the-money finish after another. What’s a recreational poker player to do? How can weekend warriors like us manage to overcome being wholly outclassed by skilled poker pros and instead play well against them rather than just blindly be accepting of our fates and lie down to get run over?

Borrowing from the well-known Blair Rodman‘s Kill Phil series of poker books and using poker’s famous Phils (Ivey, Hellmuth, Galfond, Laak, etc.) as an example, the best thing you can do against known players when playing against them – indeed, your only defense sometimes against their arsenal of weapons – is to learn as much as you can about them. 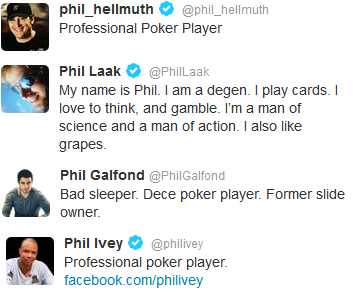 The more well-known a poker pro is, the more that’s likely been written about them in online poker literature. Since they’ve played in so many televised tournaments, Google them in order to try and read up and see what information you could possibly glean from articles about them and written records of how they’ve played certain hands. The same goes for possibly finding videos of their poker play on Youtube.

Another way to arm yourself mentally against poker’s best-known pros is to follow them on Twitter. I recently wrote about things we poker mortals could learn from Phil Hellmuth’s following just 13 other Twitter accounts. Almost every well-known (and semi-well-known) poker player today is on Twitter and talks plenty about their personal lives, hands they play, and often even about other people currently at their tables.

If you recognize a “name” player at your poker table, follow them on Twitter and try to learn what you can from their feed. Simultaneously, you should be working hard to conceal as much information as you can about yourself.

You know them, but they don’t know you. Their poker histories are open books to the general poker community, while your poker game is an unknown entity that they must work to figure out.

Lastly, be sure to jot down everything you learn about their games to try and use it against them. A great tool for doing this while at the live tables is the Poker Notes Live mobile app.

A Poker Lesson from an Illustrative Parable

The story is told about a lecture hall full of college students taking a written examination. With 5 minutes remaining, the proctor announces that as soon as time is up students must put down their pens and hand in their exams, and that if they don’t they’d automatically be given a failing grade.

Five minutes go by and the proctor announces the end of the exam. All the students put down their pens and slowly start walking to the front of the lecture hall to hand in their papers, save for one student still scribbling furiously.

Clearing his throat, the proctor loudly states “Excuse me, sir, the test is over – you must put down your pen this minute and stop writing, otherwise you’ll be given a failing grade.”

The proctor angrily starts walking towards the student, ready to rip up the test paper, when the student abruptly finishes and puts down his pen. He walks, exam in hand, towards the proctor and screams at the top of his lungs “DO YOU KNOW WHO I AM?!” The proctor screams right back and says “I DON’T KNOW NOR DO I GIVE A DAMN WHO YOU ARE.” The student replies “Good”, then quickly runs to the pile of papers and jams his in the middle so that it won’t be recognizable from any of the others. 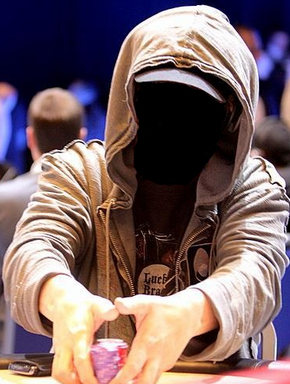 While it might appear that poker’s proctors may hold all the power at the table, there’s plenty of strength to be had in relative anonymity. Using your anonymity to your advantage, along with the information you can gather about famous poker players, is one of the best strategies you can adopt to play well against them.