How to Create a Poker Legacy

Poker, like life, is a transient pursuit. We shuffle up and deal one minute and the best part of a century later, have shuffled off the mortal coil. If none of us are surviving to the final deal, then what is there other than to be remembered after you’re gone? How do you create a poker legacy, and which players will be remembered because of the mark they have left on a game that will live on forever?

Easy to say, hard to do. Every poker player thinks they’re unlike any other. In some ways, we’re all correct. Looking at my own legacy, I ask myself who would make that call on that final table with queen-seven suited? No-one. But that’s why I’m not a poker legend.

Being unique, sadly, isn’t about redefining awful. It’s about cultivating a practice which, when fans of the game think of it, they immediately think of you. If someone asked you who is the brattiest player in poker, then you’d be a fool not to say “Phil Hellmuth!’”, a.k.a. ‘The Poker Brat’. Ballsy all-ins with fresh air? Durrrr… it’s Tom Dwan. A cowboy hat and ten-deuce? It has to be ‘Texas Dolly’ himself, Doyle Brunson. 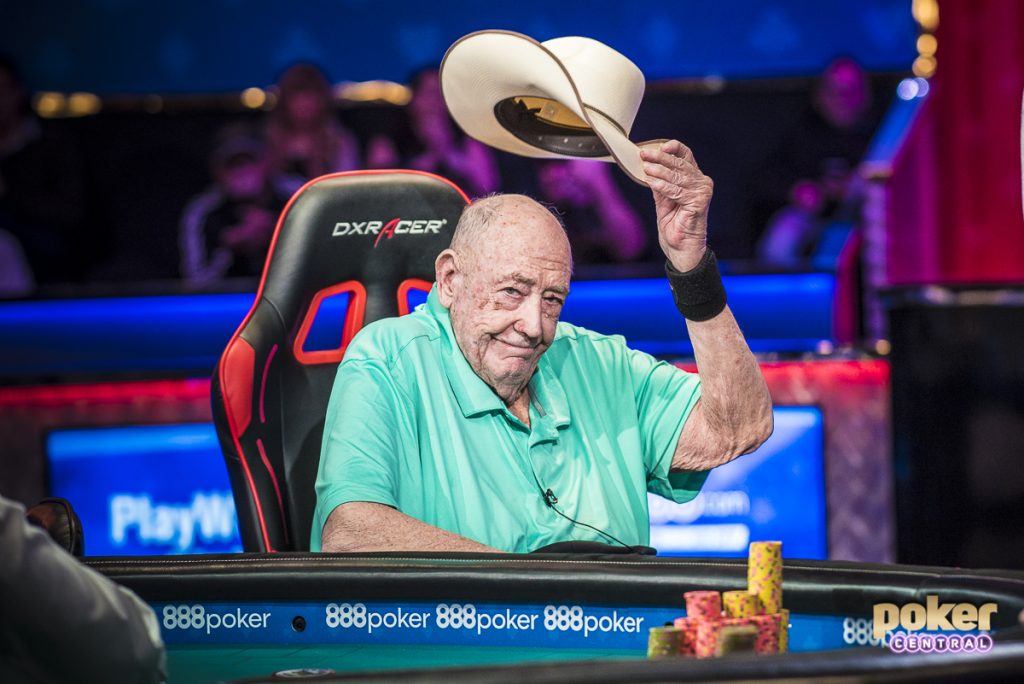 Uniqueness isn’t restricted to a look, behavioral style or poker nickname, but developing a combination of all three is your best shot at legendary. If your name is Chris Smith, for example, you might think that making it big is impossible. Now imagine you change your surname to ‘Moneymaker’ then make money by winning the biggest ever WSOP Main Event prize ever awarded. OK, that’s been done. But the point stands.

Whatever your talent, accentuate it. Start small and any nickname can grow. Just think of Ram Vaswani, Ross and Barny Boatman, and Joe Beevers. Hailing from Hendon, the four men once walked into the Grosvenor Victoria poker room where regular Jon Kabbaj yelled, ‘Oh, here come the Hendon Mob.’ Know what became of them? 🙂

So how do you build your own poker legacy?

There’s no doubt that winning a major title can do wonders for your poker legacy. Of course we’re not talking about a big win at one of the best online casinos, but rather at the poker felt (whether live or online). We may not know much about his latter years at the felt, but everyone knows the story of Jack ‘Treetop’ Straus and his ‘Chip and a Chair’. Straus ran good to be born so tall, of course, but the old ‘Oh, I didn’t see that chip under my napkin’ trick? That’s brilliant. In our opinion, all Vegas napkins should have a single WSOP chip printed on them by way of tribute.

Which tournaments currently qualify as ‘majors’? This is a matter of huge debate, but EPTs, World Poker Tour Main Events, World Series events in Vegas, Rozvadov, and online, and any other $5,000 and above buy-in would seem relevant enough to build hype.

There are levels to big wins, however, and it’s about working them. If you win a $500-entry poker tournament, then a few dramatic words can really sell your poker legend to the masses. Be clever, witty, or entertaining. All three is even better, which leads us neatly to…

2. Be Quotable… or Silent

Scotty Nguyen’s turn of phrase in the final hand of the WSOP Main Event of 1998 is part of what made him a poker great. Needing his opponent, Kevin McBride, to call, Nguyen stands up, swigging on his beer. From this point, it could have gone two ways.

If Nguyen had belched loudly, turned to the rail and asked about the spread on the Lakers, it’s unlikely we would recall his victory so fondly. Instead, Nguyen glanced around, imbibed with an aura of invincibility, and uttered the immortal words, “You call, it’s gonna be all over baby!”

McBride could easily have folded, playing the board as he did, but he was drawn in by the drawl. Nguyen would later provide an even more outrageous quote to PokerNews when he said: “That’s how poker got so big, not because of Moneymaker. Five years before he came along, I talked to people, I laughed, I joked. I didn’t just sit there.” Talk about revisionism.

Nguyen isn’t the only highly quotable player out there, of course. Phil Hellmuth is a walking, talking, headline-maker. Daniel Negreanu has made waves over the years with his controversial views on many matters. And I guarantee you that no one will forget William Kassouf and his speech play in the 2016 WSOP Main Event “Nine high like a boss!” As they say, there’s only one thing worse than being talked about and that’s not being talked about.

There is another way to become a poker legend, of course. This is to say almost nothing. When Phil Ivey, Tom Dwan, or Stu Ungar have conducted interviews in the past, it has been headline news just that they’re talking in public. And who could forget Daniel ‘No Comment’ Colman? One of the best poker players in the world, Colman made headlines by keeping quiet after winning the One Drop, and then putting out a fascinating blog post about the “very dark game” of poker. Hey, everyone clicked on the link.

No matter how well you play poker, anyone can fall behind on current trends. Look back at poker before the c-bet era where pot control was a thing of the far-flung future. Then view more recent footage of 21-year-olds six-betting all-in pre-flop with eight-six because… we’re not sure, but you can bet ranges were part of it. Whatever your style, you’ve got to adapt it to the present day and keep changing with the times. Poker will outlive us all, but your style can become a permanent part of history if you keep it current.

Poker has featured on television more and more over the years, so if you get yourself on screen playing an iconic hand, that really helps. Think Gus Hansen’s quads against Daniel Negreanu’s full house on High Stakes Poker or Johnny Chan’s infamous ‘look to the sky’ in his 1988 WSOP Main Event win against Erik Seidel. Both will live forever, long after the players involved have cashed out for the last time.

There’s nothing that screams ‘legacy mentality’ more than penning your own poker book. This could be a strategy book, such as the legendary Super System written by Doyle Brunson, or a more romantic narrative such as the excellent For Richer, For Poorer by Victoria Coren Mitchell. It could even be something in between such as Chris Moorman’s self-titled Moorman.

Whichever direction you go, there’s nothing more powerful to create a poker legacy than a book. The ages of cinema, television, YouTube, and Twitch haven’t yet managed to oust the book as the preferred mode of learning about the world’s best poker players. Creating your own legacy could begin with taking notes on the way up, and then dictating your Magnum Opus once you’re an established pro.

From courting controversy to becoming a unique poker player, penning a book, and slinging out soundbites, you’re in control of your poker legacy — now go and create it.