Get to Know the Poker Media: Jesse Fullen

This fall, during the combined month I spent in Las Vegas during the World Series of Poker I was fortunate to connect and reconnect with many poker media friends and colleagues. Seeing so many familiar faces as well as some new ones for the first time reminded me that it had been a while since we’d done an installment in Cardplayer Lifestyle’s ongoing Get to Know the Poker Media series. So, we’ve now got a few news ones in the pipeline. 🙂

First up among them is Jesse Fullen. Having become a beloved fixture on the U.S. poker scene over the last few years, Jesse is currently the Head of Social Media at PokerNews. In this conversation, we’ll learn what Jesse used to do before diving head-first into the poker world, about his hobbies away from the felt, his passion for the game, and much more. 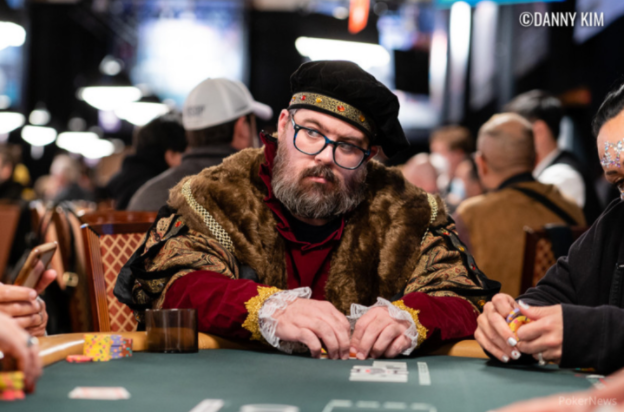 How did you first get into the poker industry and for how long have you been doing It?

After attending the first two run it up events in Reno back in 2014, I became friends with Jason Somerville. That friendship and others I made in the Run It Up community led to me pursuing a job in Vegas. We made the move in January 2015 but my job was a youth pastor (had been in that line for 12 years at the time). When the WSOP came that summer, I heard about Jason’s first RIU booth in the hallway and learned that our mutual friend would work it 7 days a week. I thought that was crazy and offered one of my two days off (Fridays) to work the booth so he could get stuff done.  I worked part-time in that booth 2015 and 2016.

In 2016 I also started working part-time with their RIU live events. In 2017 when RIU opened a Vegas office, I took an “Office Manager” role and jumped a few months later when I was offered the opportunity to step into a social media management position. I was with RIU until the pandemic struck in March 2020.

Somewhere along that ride, I befriended people at PokerNews and took a part-time position in 2019 and 2020. I started full-time with PokerNews late in 2020 and here we are headed into 2022….so I’ve been in the industry for nearly 8 years if you fudge the numbers somewhere.

What poker outlets have you been involved with and which has been your favorite (one-time or ongoing) gig over the years?

I’ve just been with Run It Up and PokerNews. Both of my roles have been so radically different and amazing.  At Run It Up, my goal was to cover the casual/recreational player in a $100-$500 tournament. Our goal was to help build a community and give the max bang for your poker budget. We had a welcome party, karaoke night, board game night, plus high quality photographer and live reporter on site. I loved working with Jason and bringing that experience to life. Working at PokerNews, I try to bring that same energy while working with Norman Chad, Chris Moneymaker, Phil Hellmuth and other amazing pros.

I love that people from all walks of life can meet at a poker table and be equal to a certain degree. Doctors, lawyers, high school dropouts, etc. For me poker is about the wins, but also about the stories you can hear or create.

As far as working in the industry, I want to make poker as fun as I can for the people I touch with my content or words. When I was a youth pastor, my goal was to create a fun safe place for kids. In poker, I try to do the same thing. Make a fun safe place where people can connect and grow.

“Does anybody have @MikeCaro‘s book of tells on them? What does it say in there if somebody blows a unicorn piñata butt at you after they bet? I think thats page 36.”

What sort of job(s) – if any – did you have before getting into poker?

As mentioned, I was a youth pastor for 12 years. I sold used cars for about a year. I was a barista/coffee shop manager for four years. Executive Assistant at a Petro Chemical Company.  I was a hand model/actor for a Halloween party company (I had to hide under a table and perform as “Thing” from The Addams Family) and yeah I drove a karaoke Uber (karaoke system and black lights) in Vegas for almost two years. (I’ve left out about 20 more odd jobs…)

The answer to this question has changed many times over the years. Currently i just play on vacation, during the series, or at events I make it out to. I will hit up an occasional cash game or daily tournament when friends come to town but its definitely not the normal weekly few games I used to play. 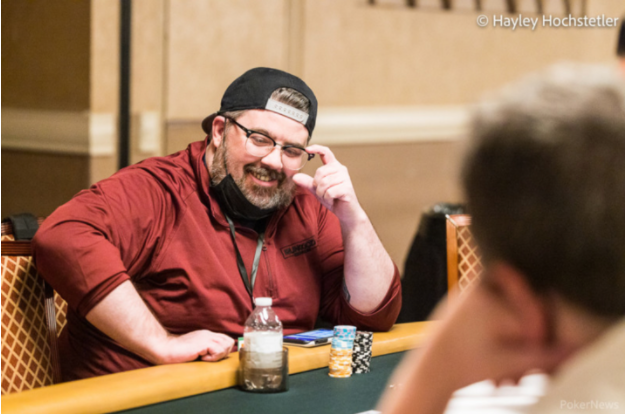 What’s the biggest misconception people have about people who work in poker media?

I feel like people expect me to know a lot more than I do. “Who is this?” How would I know?! Ohhh, I’m probably supposed to or you at least expect a professional person to know that. My best talent is having a great group of friends around me who I can ask. If I don’t know the answer, I can at least find it for you as fast as possible.

Do you do any other sort of work or have a side gig?

Does tutoring my daughter in math count?  It doesn’t pay well. I occasionally do some video editing gigs or drone photography things here and there. I’ve helped out with a charity tournament or two with bits and pieces.

Karaoke is more than a hobby to me. Karaoke is life. In a previous life, my passions were singing (choir for 8+ years) and theater. My adult life doesn’t give me a ton of time to access those so a quick karaoke performance of Toxic by Britney Spears gets that energy out. 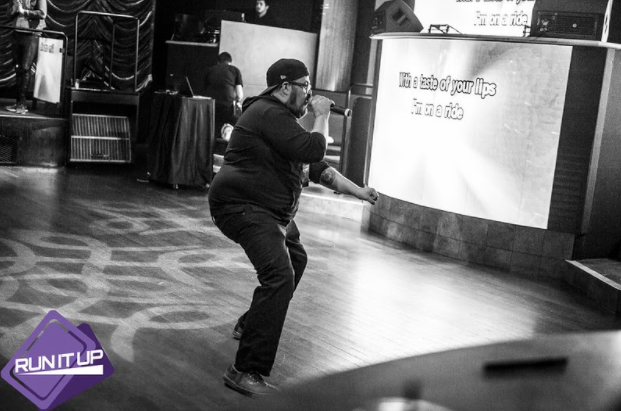 Jesse, singing and dancing to Britney Spears’ Toxic during a Run It Up karaoke night

You’ve been exceptionally creative in your social media role with PokerNews. Sometimes that creativity knocks it out of the park and your innovation draws big numbers, while other times the analytics indicate that things fell flat. Do your emotions swing depending on the numbers, or do you feel like success ought to be measured in different ways?

I’ve learned the hard way that something I can put hours into can get 12 likes while something I spent maybe 10 seconds on can blow up and go viral. I always want to give me best to a creative piece I work on. I know it can fall flat and when it does, I step over its carcass and move on to the next one. You can’t get emotional about the misses.

I do get pretty excited when something takes off though.  I doubt my bosses will agree but I sometimes feel like success should be measured in the positive comments… the positive quote tweets… the shares, etc.  I love hearing someone talk about a piece of content I worked on days, weeks, months later.

During the series, someone asked me about why Chris Moneymaker still goes by Moneymaker when my April (1st) article revealed his real last name was “Smith.” It’s been seven months and someone is still thinking about the April Fools joke I pulled. That’s one that really filled my creative gas tank.

2003 WSOP champ Chris Moneymaker changed the course of poker history today with a shocking admission about a lie he’s told for nearly two decades — he’s not the man you think he is. Story here. https://t.co/4pS8HXGNwE

Beyond manning the social channels for PokerNews, you’ve dabbled in podcast co-hosting, Twitch streaming, video production, and more. It seems like you need a pretty diverse skillset to handle everything thrown your way (hats off to you!). What advice would you give to someone wanting to break into the poker business and have this type of role?

Do not pigeonhole yourself. You are never too old to learn something new and add a new tool to your toolbelt. If you are good at one thing, there will always be someone someday who might be better at that one thing. Do what you can to always keep learning and picking up new things to help you grow and become more valuable to your employer or your future one.

I have to say play in the Main Event. I will turn 40 this coming summer during one of the starting days and that has always been a goal of mine. I lost my dad several years ago, but we really reconnected after many rough years… at the poker table. My dad and I would play every week in a free bar league. We played in some underground games in Houston and we even traveled to Louisiana to play in some bigger buy-in ($200) weekend tournaments back in the day. Our goal was to make it to the WSOP and play together, etc. Sadly my dad died before we could make those trips happen. So, yeah, if I ever get the opportunity to jump in, I know I’ll have my dad with me.

My #lfgpodcast interview with @ChadAHolloway just came out! Skip to 1 hour 3 min 30 secs and hear about my new pals @BrianReinert1 and @SeanAllison218. Listen to how i angled @RealKidPoker into gifting me a $250 rebuy and this selfie. @TheCSOP was fun.https://t.co/63RqapYDje pic.twitter.com/doRtTB5CYQ

Poker is a game. Next time you head out to a cash session or register a tournament, go into it with the mindset that this is a game and sometimes games can be fun. Talk to someone at the table if you can. Hear their story about how they got into poker. Play your game and try to win of course, but try to remember that poker can be fun and friendly, too. In addition to walking away with a trophy, try to walk away with a new friend or two as well. Then, bring them to the next Run It Up series and join me for karaoke night with 250 other slightly inebriated poker players.

One last thing… I would not be where I am today without certain people.  Thank you Jason Somerville, Chad Holloway, Yori Epskamp, Kristalina Houston, Chris Moneymaker, Norman Chad, Kevin Mathers, Mike Nelson, Pablo Ortiz, Andy Camou, Will Butcher and countless others. These amazing people have helped me grow, learn, and get to where I am.