Get to Know the Poker Media: Alin Ivanov

It’s been a while since the last installment of our ongoing Get to Know the Poker Media series, so it’s great to be publishing a new interview with another esteemed member of the poker media corps. This time around, we’ve decided to place a spotlight on photography in the poker world, in the form of veteran photojournalist Alin Ivanov.

For upwards of a decade, Alin has been active mostly in the European live poker scene, but also in other locales the world over. In this interview, we’ll get to know how the talented Romanian first got acquainted with the game, hear some delightful stories about his career, and his views on poker photography as an art form.

So, with thanks to Alin for kindly taking the time to share his story with us, let’s get to know him better. 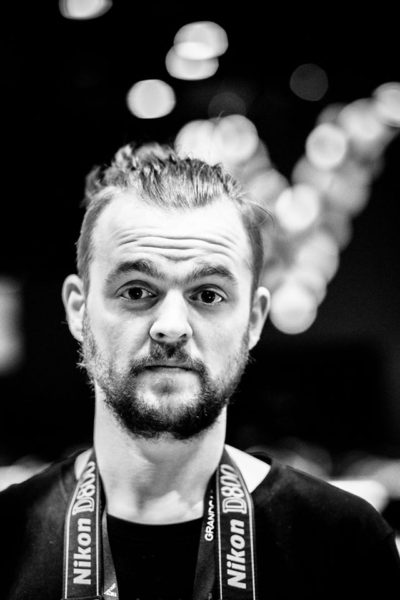 How did you first get into the poker industry and for how long have you been involved?

I’ve been involved for almost 10 years, now. I would say that in March is the anniversary. It all started in 2010 at a World Poker Tour Event in Bucharest. I had been a poker fan for about two years, and I was reading and posting a lot on Romanian poker boards. When I heard that WPT would be having a Main Tour stop in my home country, I knew I had to be there by any means necessary. So I offered my services to one of the poker forums and that’s how I got my first gig as a photographer at a poker event.

What poker outlets have you worked with in the past and which has been your favorite gig over the years?

It’s hard to say which one was my favorite since each one gave me a unique experience that helped me grow as an individual and as a professional. If I had to pick one it would be partypoker as a company and Viage Brussels as casino. Shout-out to everyone at party and Viage; they are doing an amazing job! 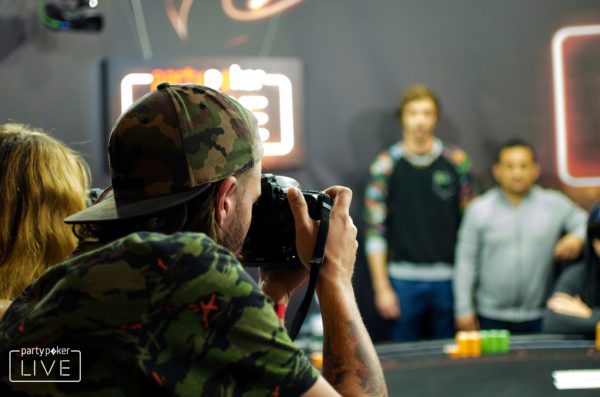 I love everything about it. I enjoy the strategy behind it, I love the way it’s always evolving. In my opinion it’s not just a game, but more a way of life.

I first remember hearing about you and being introduced to your work by veteran poker writer Lee Davy. How did you first meet him? Do the two of you still have a connection nowadays?

I consider Lee to be my second father. He and Liza (his wife) took care of me for a looooooong time while we were working for World Poker Tour.

We met in 2012 in Copenhagen during a WPT Main Tour stop. At that time, I was living in Copenhagen and when I found out WPT was having a tournament in town, I wanted to do everything I could to be there and take photos.

So, I texted the owner of the biggest Romanian poker forum, Mihai Manoila (I owe him a lot, he basically started my story), if he could get me a media accreditation to cover the event for his website. He took care of it and that’s how I got to the event.

I think on Day 1B I wanted to get the chip counts for the previous day to post them online and didn’t know where to get them from, so I went over and asked Lee if he could help me out. So, tat’s not only how I first met Lee but also was the start of the story of how I got the opportunity to work for WPT. 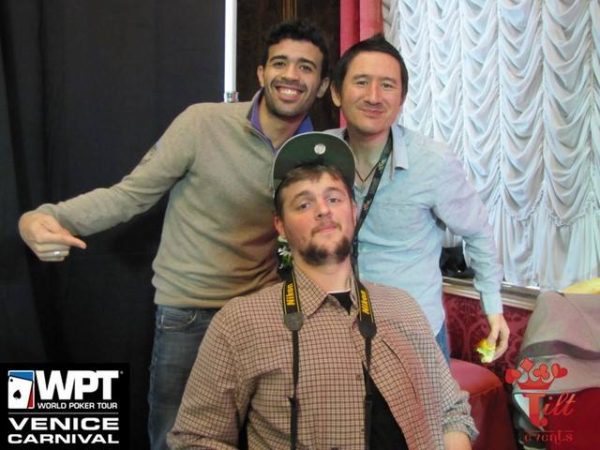 After he helped me out I asked if I could do anything for him in return. He asked me if I could take some photos of one of the masseuses roaming the poker room, which I later found out to be Liza. I tried my best and sent Lee the shots.

The next day when I came in to work, someone from the company was looking for me. I was scared. I thought I had done something that I shouldn’t have or had taken a photo that upset someone. I remember Lee coming into the media room with Hermance Blum (the current Vice President for WPT in Europe); I was genuinely scared. She told me that she wanted to see some of my photos, and I didn’t know why. A few minutes later she asked me if I would like to fly next month to Prague to cover an event for WPT. It was like a dream!

If it wasn’t for Lee sharing the photos and Hermance seeing something in my work, I think my life would have taken another path and I don’t think I would have lived the dream of anyone in their early 20s: to do something you love and get to travel the world.

Unfortunately, we don’t keep in touch anymore. I used to text him, most of the time asking for life advice. To be honest, I don’t know why I stopped, but I know that after we finish this interview I will text him.

What sort of jobs – if any – did you have before getting into poker?

Wow, you took me down memory lane with this question. When I was 16 I briefly worked on a construction site over the summer, probably hardest and worst job that I’ve ever had.

After that, I worked a few times as barman at music festivals in Bucharest (this was real fun, I got to make some decent money and see some awesome artists like Wu Tang Clan, Iron Maiden, Alice Cooper, etc.), this was before I was 19. Also during that time I was working as a writer and photographer for the biggest hip-hop website in Romania, that’s how I first got started, by writing and taking photos at concerts.

After that, in my first year of college when my dad bought me my first decent photo camera, I started working as a freelance photographer for a big news press agency in Romania. The money was not great, so I had to find something on the side to keep me floating. That’s how I got into online freelancing, working on websites like freelancer.com or UpWork.com.

I did a lot of jobs but most of the time I was editing photos for US wedding photographers or I was editing WordPress themes. I did this for two years, until I found poker. From that point on, all the other jobs that I’ve had have in one way or the other been related to poker.

Right now, I live in Pitesti, a Romanian city in Romania about 100km away from Bucharest, with my fiancée Stefania and our two cats, Mauand Luna.

I have two wonderful parents, one big brother (Marius) and two beautiful nieces. I was born in Cluj Napoca, and raised in Turda and Pitesti. I attended the University of Pitesti where I studied Computer Science and also did a semester abroad in Greece at the University of Patras’ Mathematics Department. After I finished my BSc, I moved to Copenhagen having in mind to apply for a master’s degree in Gaming Development. Fortunately, life took me on a different path.

How often do you play poker? Home games, brick and mortar poker rooms, or online? Cash or tourneys?

The past year I’ve played quite a lot, grinding cash games online six days week. I think last time I played live was back in September in Ireland in a pub game. Always good craic in Dublin and I have to thank Steve Loane for that!

Over the years I’ve switched between cash and tournaments, but I would consider myself a cash game player. 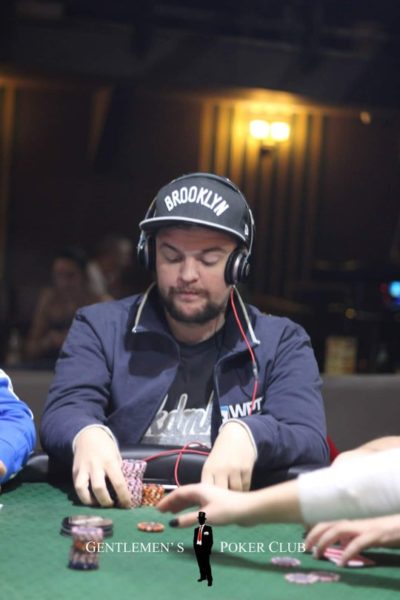 I visited your site, and I see you’ve done and still do some occasional poker writing. Has it all been in Romanian or have you also done English-language poker writing as well?

I think it’s all in Romanian. I’ve conducted a lot of interviews in English but then I would translate and post it in my native language. When it comes to writing, everything I’ve ever done has been for Romanian speakers.

Maybe at one point I will start publishing in English. I’ve never thought about it to be honest.

I feel that one of the biggest misconceptions that people have about photographers in the poker industry is that “anyone could do it; after all, we all have smartphones with high resolution cameras these days.” What are your thoughts on this?

I don’t think it’s a poker industry thing, but a general misconception. Truthfully, anyone can do photography but it takes a lot of time and effort to become a professional. 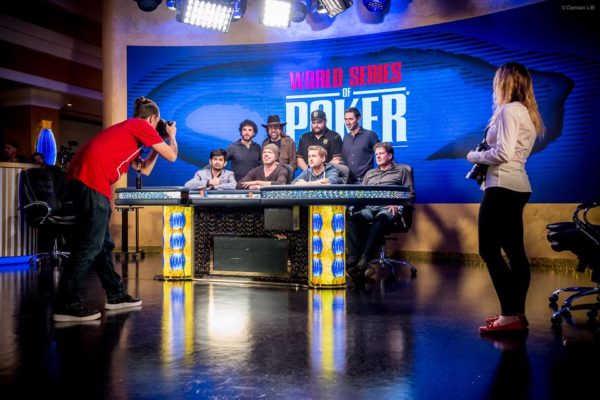 As the years have passed, I’ve developed my own theory: if you show a painting to 10 people and ask them if they consider it as art, there is a huge probability that not all of them will agree.

I think if you ask the same people if they like or dislike a photo, the chances are the same. So in the end, who’s the one to say that someone can or cannot be a photographer? Art is subjective. 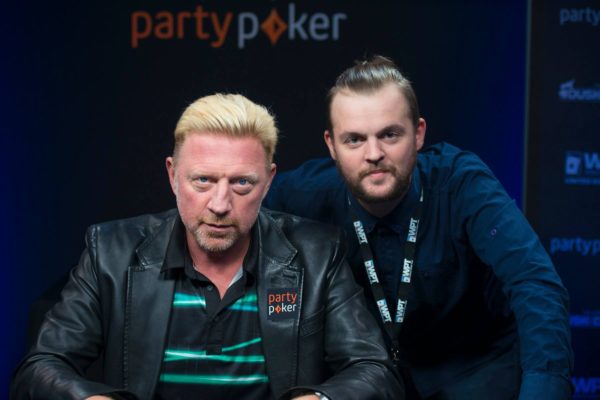 I could go on for days about video games. In the past year I’ve switched my focus from DOTA 2 (a MOBA game) to Apex Legends (a battle royale online shooter). I got back into Hearthstone recently; I know a lot of poker players that play this game (Daniel Negreanu, Vladimir Troyanovskiy, Aleksandr Lakhov). I also enjoy old titles like the Tropico and Caesar series, Heroes III, Zeus and Poisedon, and many more.

What types of moments do you usually try to capture when you’re on assignment at a live poker event?

It’s really always up to the client and what they’re looking for, but when I have free hand, I try to capture everything as natural as possible. I don’t like the posing and “take a photo of me” kind of things. I love to capture the joy, the frustration … everything that comes with a poker hand. 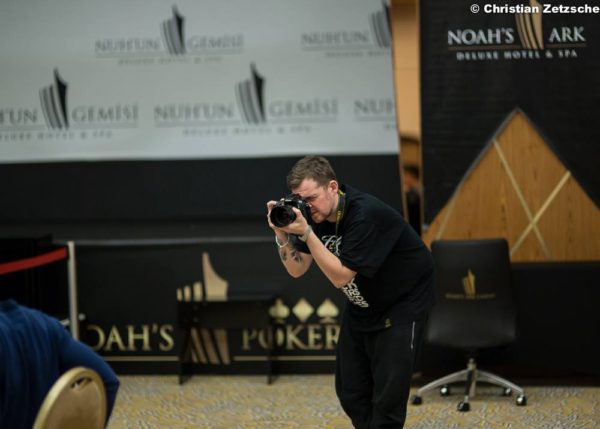 There are three things: publish a book, have a gallery with the poker photos that I’ve done over the years, and work in Asia.

To all the poker players, staff, dealers, security, everyone … thank you for all the beautiful memories! I am truly blessed to have such a big family. 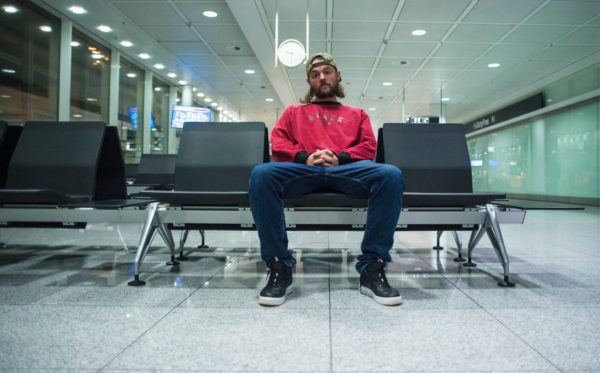