Four Online Poker “Tells” and How to Exploit Them

I know many online poker players who feel compelled to play down the role of reading your opponent’s physical tells.

Personally, I also struggle not to get defensive when a traditionalist suggests that my platform of choice is missing one of the most justifiably romanticized aspects of poker.

Looking your opponent in the eye when deciding to call his check-raise on the turn, searching for a sign that betrays nervousness or a lack of confidence, sounds like a worthwhile, if not essential, approach in live poker.

Sadly, us online Philistines have rejected this skill in favor of multi-tabling and rakeback. We’ve denied ourselves one of the most rewarding and effective edges just so we can see a HUD (heads-up display) and play in our underpants. 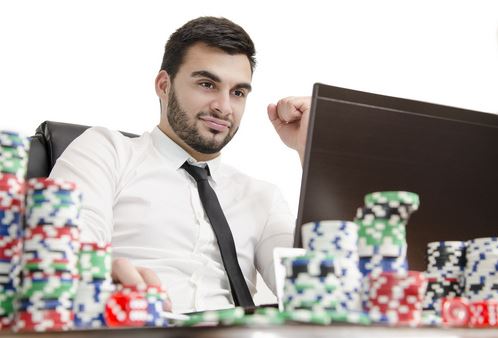 Look, I know I’m not going to convince anyone that online “tells” play as big a role as their real-life counterparts. Online poker has a fraction of the mechanisms for expression that live poker has, and most of them remain unused. It’s easier to resist typing “please don’t bet lol” in a chat box than it is to regulate your emotions like some kind of robot when you’ve hit quads on the river.

Having said that, there definitely are online tells, and we’d be irresponsible to ignore them. Winning poker players exploit every single edge available to them and keeping these in mind during an online session could have a larger impact on your long-term winnings than you realize.

A medium strength or a drawing hand.

If a player takes some time to decide on a call, they have obviously taken other plays into consideration. Maybe they were calculating their pot odds to see if making the call was +EV. Or perhaps they were thinking about your hand range before deciding that they may be ahead and would simply like to control the pot to showdown.

But a snap call usually indicates that they consider the hand obviously good enough to call with, but definitely not strong enough to raise with.

When a #poker player says, “I’m really thinking about snap-calling you…”, is it really a snap-call anymore? Hmm…

The first step is to eliminate the upper end of the player’s hand range. If you think that you’ve got them beat, bet for value.

If you put them on a draw, make them pay a premium to see the turn. If the turn doesn’t help their draw, consider another bet, even if your flop bet was a bluff.

Whether or not this tell carries the same amount of value pre-flop as it does on the second and third streets is unclear. Frequently, in pre-flop play, a player will have had enough time to consider their action long before it’s their turn to act. The timing dynamics when there are fewer variables to consider may compromise the value of this tell pre-flop.

Strong drawing hands would often consider a raise when it’s their turn to act, meaning that a strong combo draw can also sometimes be eliminated from their range. However, this is dependent on any additional reads you may have on the player’s aggression level.

This is a tell that is mostly perpetrated by novice players who are struggling to contain their excitement over their check “trap” paying off. 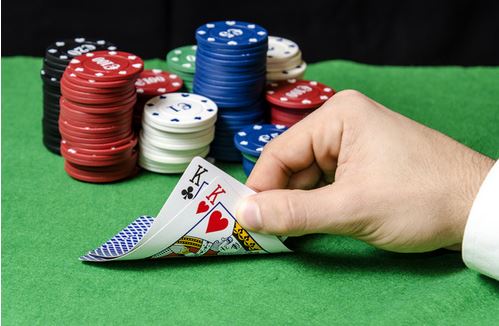 If your bet was light, let it go. If you have a strong pair or you’re drawing, consider calling a small raise (see “Other Considerations” below), but a fold here if you’re not getting good pot odds is also a decent play.

The instant check-raise is often a minimum raise, so don’t let the size of the bet fool you into thinking that this is a bluff. The minimum raise button is simply the easiest to click for an inexperienced player who hasn’t quite grasped the basics of bet-sizing.

Nothing like a good check-raise to bust out two other players. #Poker #NLH pic.twitter.com/dTilNCpmRb

3. The long pause followed by a shove

You are going to lose a lot of money if you call.

The reasoning behind this tell is pretty straightforward: Our villain wants to create the impression that they are agonizing over this risky decision. So anxious are they over this speculative play that they even activate their time-bank. Don’t fall for it. 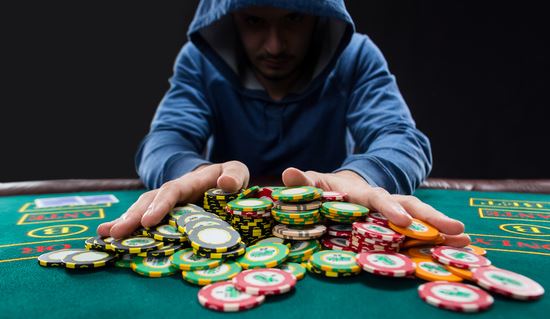 Unless you’re holding a monster, a fold is usually the best move here. Two pair usually isn’t going to cut it against what your opponent is holding here.

If you do have a decent hand, consider the texture of the board before deciding to call; a paired board could well indicate a full house.

This tell isn’t always dependent on a shove. The extended pause is often followed by a strong bet or raise. This is very dependent on the read you have on the player and any other bet size tendencies you may have picked up on from them.

One of the first poker lessons I was ever taught was to avoid the extremely obvious trap of making my bet size proportionate to the confidence I had in my hand. In fact, I’d be surprised if this isn’t the first lesson that every coach teaches their new clients.

Another safe inference here could be that the opponent is an absolute fish who will probably give you all their money or, more likely, inflict a series of bad beats on you so spectacular that you’ll consider taking up DOTA. 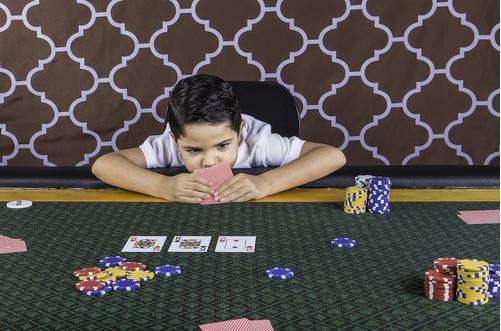 Since this is typically an indicator that you are up against a very inexperienced player, it’s best to keep things simple and play standard TAG (tight aggressive) when you’re up against them. Bet for value and don’t try any fancy plays against them.

Wait until you see this player in a couple of showdowns before deciding that this tell is applicable. Just because you’ve seen them make a couple of pot-sized bets and some min-raises doesn’t mean they are a fish.

Just as helpful as the usual application of these tells can be, you can also use them “in reverse” to mess with advanced players at your table who you feel might have a solid read on your playing style.

The flip side of that coin implies that it’s worth being wary of the possibility that someone could be employing this strategy against you.

In both online and offline play, it’s risky to bet your stack on a tell, especially against an experienced opponent. Tells don’t work well in a vacuum; they are most effective when also taking other factors like table dynamics, HUD stats and player notes into consideration.

Thanks for checking it out, Liam!