Is the heads-up poker challenge craze here to stay? We await the arrival of perhaps poker’s most anticipated heads-up match yet at the end of the month, with Phil Hellmuth and Daniel Negreanu battling it out on PokerGO’s High Stakes Duel II.

Negreanu’s previous challenge against Doug Polk seemed to ignite a new wave of interest in hyped-up heads-up matches. We know of at least two more challenges expected to happen before the end of the year, one of which sets billionaire recreational player Bill Perkins against 21-year-old poker prodigy Landon Tice.

The Galfond Challenge promises Phil Galfond against Dan “Jungleman” Cates at some point as well. These upcoming matches just scratch the surface of what’s possible in poker’s hottest form of content at the moment. 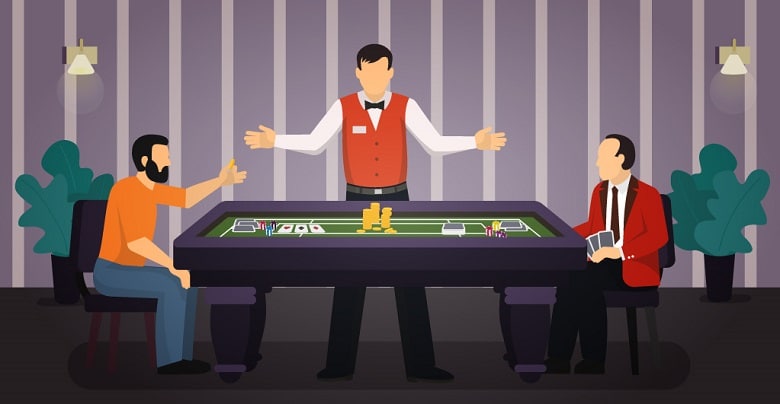 I’d pay money to watch poker icon Chris Moneymaker take on the semi-retired 27-year-old Fedor Holz. What’s not to like about this matchup, pitting the man who started the poker boom against a player who embodies everything about how the poker dream evolved into the 2010s and beyond?

These two players haven’t announced any such plan to engage in a heads-up battle for the ages. The announcement of the Joker’s Gambit charity chess event, which involves poker pros playing chess for charity, did give us this short exchange between the two:

Fuck that. No getting in labs. Play street chess like the rest of us

Moneymaker is ready to take it to the streets for Joker’s Gambit, while Holz is headed to the lab. A heads-up poker match between the two would likely feature that same approach to preparation.

Holz just came off a win in a heads-up match against Wiktor “Limitless” Malinowski. That challenge featured Holz and Malinowski trading needles over Zoom while they battled.

We need the same setup for Moneymaker vs. Holz.

Heads-up “supreme leader” Doug Polk isn’t ever shy about evaluating another player’s poker acumen. The Upswing Poker founder wasn’t impressed with Malinowski’s play against Holz, going so far as to say Malinowski played badly on purpose in an effort to get future HUNL action against other high stakes pros:

Is @Iimitless2 actually this bad or is he playing badly on purpose?

Polk might not have a lot of poker playing left to do in 2021, as he’s indicated his return to the game to engage in the match against Negreanu marked a temporary return to poker.

The High Stakes Feud battle between Polk and Negreanu yielded delayed stream coverage on multiple poker media channels for every chapter of the match. That simultaneous coverage of the same match is something we’ve never really seen before in poker.

Anything Polk does at the table is must-see at this point, and a Polk-Malinowski match seems like a natural progression from each player’s previous heads-up challenge.

What kind of dynamic would unfold if modern-era cash game vlogger Johnnie “Vibes” Moreno took on 15-time WSOP bracelet winner Phil Hellmuth heads-up? The upcoming Hellmuth-Negreanu High Stakes Duel II match has the poker community talking, and that match is shaping up as perhaps the biggest poker story of 2021.

Moreno contends that the list of players that are willing to battle Hellmuth heads-up is “a mile long,” and includes Johnnie Vibes himself:

It’s tough cause I agree that PH is an all time icon in poker. But in the year 2021, I have my doubts that he works as hard as the professional field. There’s a list of people a mile long that would be willing to play him HU for 25K hands. I’d join that list.

Moreno, a straight shooter and one of the more interesting creators in the poker content space these days, would be a fascinating counterpart to Hellmuth in a HUNL match. Let’s get the live Zoom feed going for this one as well.

Joey Ingram vs. The World

Joey Ingram’s hours of commentary on the Polk-Negreanu challenge seem to have inspired in him a newfound passion for heads-up no-limit hold’em. He’s succeeded in taking down a pair of live heads-up tournaments in Las Vegas since the end of High Stakes Feud.

Both the live appearances and the HUNL play are rare for Ingram, whose playing days were heavy on Pot-Limit Omaha before he settled into his current role as one of poker’s most influential content creators.

Ingram isn’t done with his new venture into HUNL:

Also – looking for a platform to play games on 🔥

Any of those matches would make for highly entertaining content. The list of potential other opponents for Ingram is amazing to contemplate; how about Ingram vs. Polk or Ingram vs. Hellmuth?

Season 8 of the newly rebooted High Stakes Poker from PokerGO has featured Tom Dwan in every episode, and Dwan has continued his long-running tradition of dominance on the show. Fresh off of that run, the poker world needs to see the inventor of a seminal heads-up match, the “Durrrr Challenge,” return to those heads-up roots.

If we’re thinking of opponents for Dwan in a “Durrr Challenge” revival, why not Gus Hansen? Seeing these two poker boom icons go at it in 2021 could potentially make for the most intriguing heads-up match on this list.

A mythical Dwan vs. Hansen match probably would be low on solver-approved play and high on entertainment value. Let’s get this high-stakes match going in a live format at the PokerGO Studio.