Finding #Positivity in a Downswing – An Ode to the Poker Brat

Now before we get into this, let me establish something right off the bat. I’m a Phil Hellmuth fan.

In 2003, when I and so many others got introduced to the game we love, yah that Moneymaker guy was a great story and everything, but the Poker Brat? The dude who went to war with Sam Grizzle and then felted him? Give me more of that!

And they did. And they have, for 16 years, 15 bracelets and counting ever since. Year after year there have been countless moments, speeches, blow-ups, and calls to the rail for his wife Kathy (Honey! Honey!!!) to bemoan what the idiot from wherever it happened to be that day did. And I’ve been on board for all of it.

A bit of evidence: 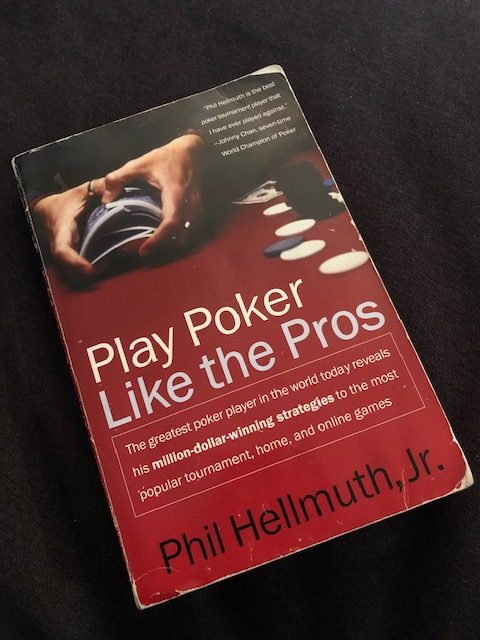 That’s my thoroughly beaten up copy of Phil’s first book, which I read cover to cover, day after day riding the subway to work back in the day. Shout out to all my eagles, lions, jackals, elephants, and mice out there. Fish, whales, and donkeys? Pssh! THESE were the OGs of animal-named player types! I firmly believe that today’s super high-roller events should all be piled together into a new EPT, the Eagle Poker Tour! 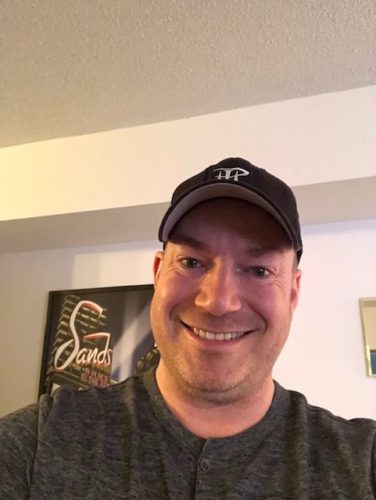 Yup, that’s me in my circa 10 bracelets-era PH hat that I proudly wore to every home game back then (and still break out for some fun, but not to the casino – can’t just advertise my advocacy of the Top 10 hands, that’d be outright poor image management!). I admit to sometimes even wearing it when I play poker at mobile casino sites. 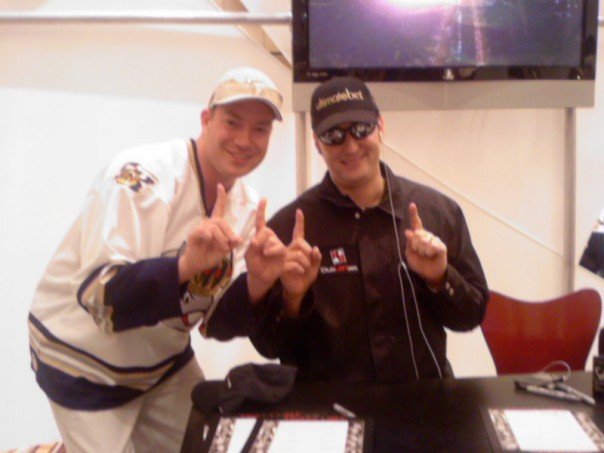 That’s a picture of me meeting Phil for the first time at the 2007 WSOP, just days after he’d won his record-breaking 11th bracelet.

By the way, that picture was taken at the giant energy drink / card cover / bobble head convention that used to encompass the Pavilion room at the Rio – remember that?! And while I’m on the topic, how ‘Pro Player’ never became the number 1 energy drink in the world, let alone barely survived past a couple of years is beyond me. It was like orange pop with taurine, caffeine and freakin’ ecstasy in it. Damn it was good! But I digress…

So yah, I’m a fan. But as entertaining as all the kooky stuff associated with Phil over the years has been, it can’t be ignored (try as some have) that, above all, he’s always been a great poker player.

Now, anyone that’s been playing for a while knows the game is constantly changing and you must evolve to survive (gee thanks, Captain Obvious). So no, the ‘Top 10 hands’ are not actually the sole basis of my game, but there is one classic Hellmuth-ism that’s always been something I will take great pride in implementing.

Falling off my chair like I’ve been shot when the river card kills my winning hand.

Sorry, that’s not it. Though I may have done that a time or two. Yah, I’ll admit to it.

Actually, it’s those times when you lay down that monster you have no business folding, and you’re right. Dodgin’ bullets baby!

As I mentioned in my last article, I’ve been in a downswing. Still am. Times like these lend themselves to far more of the less flattering Hellmuth-isms (I’ll spare you what this one guy did to me with a Queen and a Ten – HONEY! HE HAD A QUEEN AND A TEN!), but I’ve managed to keep things chill, begrudgingly embracing the variance, and taking pride in moments like the following:

It’s a pretty good $2/5 game with a nice balance of splashy LAGs, calling stations, and a couple of pros. But I’m card dead, my table image is garbage, and there are no other $2/5 games running to move to, so here we are.

Then a minor miracle happened. I flopped a set for the first time in like six years. I’m pretty sure it’s been that long.

Let’s back up a bit to fully set the scene.

A player new to the table and seemingly tight raises from UTG to $20. I call UTG +2 w 88, then the HJ, CO and BTN all just call behind.

The original raiser somewhat hesitantly c-bets a very feeler-y $40 into the $107 pot and the action is on me. With three players behind that all fall on the loose / splashy side, I decide to flat call from my $700 stack, fully expecting a raise to come in, given the relative weakness of the UTG player and my actions.

The HJ who has been very loose, splashy (and trappable) bumps it to $130 from his roughly $600, and I’m loving life. He’d easily do this with draws, two-pair, overpairs, all sorts of stuff.

Then the CO re-raises to $450 out of his $1,200 stack. He’s been pretty aggressive with similar holdings, so I’m not entirely convinced my set still isn’t the best hand. I’m wary, but I still think I’m getting it in.

Until the BTN, who’s a LAG pro, shoves all-in for $1,100 over the top of everyone. Yup, my set just turned into napkins.

My inner Phil is resigned to dodging the slow, meatball-sized bullet that was coming my way. It could have gotten messy, but this has just become a surprisingly easy fold, as much as my frustrated ass may have wanted to finally win a monster pot with a super strong hand. There’s just no shot I’m good now, and to get away from this for just $60 is as big a win as I can say I’ve had in a while. But here’s where it gets really interesting.

Before the action gets back to me so I can happily toss my set into the muck, the UTG player goes into the tank, DEEP into the tank! Four(!) minutes later, he finally folds. OK then. 77? Maybe. AA? KK? More likely, but man was it that tough a fold?

I insta-fold my 88, and then the HJ thinks briefly, seems less than thrilled, and then ships in his last $500 or so.

The CO looks unhappy, too, but after giving it some thought he calls off another $650, saying the pot is too big to fold now. Um, OK.

We’ll get to the (very brief) pot odds argument in a second, but first let’s get a look at these hands:

After seeing the hands turned over, confirming I’d made the correct laydown (along with the correct reads on the other two players), I was there. I was in that moment. I was looking for my ‘Honey!’ to gush about my big fold. (She wasn’t actually there, so the nearby massage therapist had to fill in.)

Before we get to my thoughts on the decisions of the other players, I’ll preface by saying my intention here is not to break down the math and go full strategy article here. Besides, it’s really quite simple:

Pot odds are not a reason to make what you know is a bad call. Especially if you’re not even getting the correct odds!

I’ll also refrain from too much outward criticism. ‘Idiot from North Tonawanda’ will not be used to describe anyone, but the calls are unquestionably hopeful at best.

As I mentioned, the ‘bullet’ I dodged in this hand was far from the toughest fold I’ve ever made, given the dynamics of the flop betting. But seeing the difficulty one player had in doing so, and the failure of two others to lay down their hands was such a clear reminder that minimizing losses is as important as maximizing wins. No matter how badly you think you’re running, or how desperately you may want to book a win, these are situations you simply can’t talk yourself into calling. You just need to make that laydown. There will be better spots.

A better spot didn’t come that night. The next few hours were quite uneventful.

I played a few small pots, lost a couple hundred bucks, got a massage, had a beer, and tried to make the best of a losing session. A losing session that I felt great about. Because although I may be running pretty salty of late, I know that damnit, I CAN DODGE BULLETS BABY!

Now somebody get me a Kimo Sabe mezcal.