How It Feels to Take My Longest Break From Poker

For my last article for the Cardplayer Lifestyle blog, I wrote about three ways to ensure you enjoy your upcoming poker trip. When writing the article, I had the World Series of Poker on my mind and I ended up going to the WSOP just a week after writing it. The post certainly proved to be therapeutic. I didn’t realize how much my own advice would help me get through some tough times while I was out there in Las Vegas. I came in knowing that I was going to take some shots at some PLO games at stakes higher than I normally play. Having only transitioned to PLO a few months ago, I was prepared to have the swings of this trip be greater than anything I’ve experienced before. Just like I always advocate on my poker site, JustHandsPoker.com, I came in with a plan and I knew how much money I was prepared to lose before moving down in stakes or switching to NLHE. Unfortunately, during my two weeks at the WSOP, I basically lost the maximum amount that I was ‘comfortable’ losing on the trip. 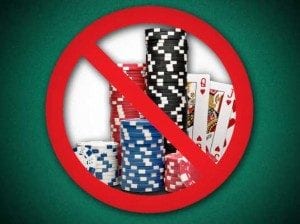 It’s never fun to lose thousands of dollars, but I can honestly say I had a great trip and don’t regret going to Vegas. I was able to get a lot of great meals in with old friends I rarely get to see, as well as connect with people in the poker community who I’ve been wanting to meet for many years. I got in some great workouts and spa sessions during my comped stay at the Rio and got back to Red Rock for an unforgettable solo hike.

Despite the fact that I ended my trip very much in the red, I did actually win a majority of my sessions and, by and large, had a great time while playing. It was just almost every time I took a shot and two very unlucky $1/2/5 PLO sessions where I lost money. Compared to the games I normally play in Cleveland, people at the WSOP were much friendlier, there was a lot more table talk, and people seemed genuinely excited to be there. While there were some people who would not say anything and often had headphones in (myself included, sometimes, near the end of a long session), the action and vibe was much better than I’m accustomed to.

After leaving Vegas, I knew that I would not be able to play another hand of poker for three months!

I’m writing this post from Amman, Jordan and before arriving here I was in Israel visiting friends and playing some shows. When I’m not playing, teaching, or discussing poker on my podcast, I’m likely doing something music-related. I accepted a two-month job opportunity in Jordan to work for a composer and, one month in, I don’t regret it at all. After accepting the offer in April, I realized that gambling is very much illegal in Jordan; that’s not a law I’d want to mess around with, so I better be careful when talking about roulette secrets or anything else casino-related.

I started to get a little sad knowing that I would have to take such a long break from playing cards. Since beginning to take the game seriously and poker becoming my primary source of income a few years ago, the longest I’ve gone without playing some form of poker – be it online or live – has probably been three weeks, and that has rarely happened.

The Silver Lining of “No Poker”

Nonetheless, my ‘break’ from playing poker doesn’t mean I have to take a complete break from the game of poker. I love the game too much to go two months – let alone one week – without thinking about the game a little bit.

I’m a big podcast listener when in transit or doing chores around the house. There are three poker podcasts that put out episodes weekly; I can’t remember the last time I’ve missed one of them. On top of that (and putting my own podcast on repeat), I have a small group of students I Skype with on a weekly basis to discuss hands they’ve played and how to improve their understanding of poker theory and mental games. Lastly, I’m actually more intense studying out here in Jordan than I was in the States over the last few months.

Typically between preparing for my podcast and working with my students, I end up studying several hours of poker a week without actively making an “active” effort. That said, there is no substitute for the tough, mathematically rigorous studying one can only do by themselves. Since beginning my transition to PLO a few months ago, I’ve been incredibly excited to study the game in depth. Reading Advanced PLO Theory and constructing sample ranges for the average 9-handed PLO table at which I’ll find myself in Cleveland has been surprisingly fun.

After my Vegas trip, I definitely wanted to take at least a week off after running so poorly over such a short period of time. While I hadn’t planned on that break stretching to two months, I’m still excited to be thinking about poker all the time and feel very lucky that I’m able to do so while residing in a country where gambling is not an option.

Note: I actually did manage to play in a home game while I was in Israel, but I’ll let Robbie write a post about the crazy game he plays in weekly another time 🙂

Zach has loved playing cards and strategy games from a very young age. Once he started playing poker in his teens with friends he quickly became hooked and began to read more about the game and start playing online poker seriously, focusing mainly on no-limit hold ‘em sit-and-gos. After turning 21 and running up his […]