Sometimes, the most honest criticism comes from your friends who love you. 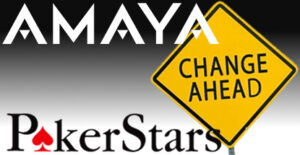 I love PokerStars. I love what they’ve always done and what they continue to do to promote poker. Having developed relationships with numerous PokerStars employees over the past few years, and – more specifically – having recently enjoyed my first ever trip to a PokerStars event, the PCA in the Bahamas, I can’t help but appreciate and applaud how fantastic a company it is. Nonetheless, as I’ve illustrated in the past, I’m not above leveling criticism where it’s due. Unfortunately, now, I once again feel that it’s due.

Why Ruin Something So Beautiful with Something Rotten?

All eyes are rightfully and gleefully on New Jersey right now, where PokerStars has finally reentered the US market almost five years after ceasing US operations. Everyone working in the poker industry wants them to succeed, including their competitors. After all, a rising tide lifts all boats.

Media coverage of yesterday’s launch has been and will continue, befittingly, to be positive. It was, indeed, a landmark day. I’d also like to take this opportunity to add my own congratulations – way to go! I wish PokerStars much continued success in the Garden State.

But when I read that PokerStars decided in favor of rake increases in its shared liquidity market, it deeply disturbed me. Why pollute such a great brew with a few drops of toxicity? That the announcement was made on the same day as the PokerStars NJ launch just didn’t sit well with me and doesn’t give off a good vibe. While I doubt that there’s any direct correlation whatsoever between the New Jersey launch and the shared liquidity markets rake hike, it appears to the casual observer as though the company is trying to mask a rotten smell with loads of sweet perfume.

Yes Pokerstars, no one will notice if you announce rake changes at the same time PSNJ opens up

If you’ve already settled on what’s to be an unpopular decision and are going to be delivering bad news, I say: Be bold, own it, and don’t attempt to downplay it.

You Don’t Lead By Pointing to the Competition

Beyond details of the rake increase announcement, the PokerStars corporate blog post also included data referencing the rake rates of other online poker rooms. Ostensibly, one could reason that there’s some sense in doing this, for the truth is that (according to that data) PokerStars is still the most inexpensive place to play poker online.

Nonetheless, I – and every poker player – ought to expect better from the market leader. A true leader doesn’t lead by looking over his/her shoulder at what everyone else is doing. Just for the sake of comparison, Coca Cola wouldn’t raise prices worldwide and then turn around and justify the hike to beverage consumers in a corporate blog post by saying “we’re still cheaper than Pepsi.”

Why not just come out and say “we’ve decided it was necessary to raise overall online poker rake by approximately 4% due to increased (e.g.,) promotional costs, personnel costs, regulatory costs, etc.?” I might not have an MBA or understand big business, but as a consumer I understand the value of honesty and transparency.

Ironically, by referencing their competition in the first place, PokerStars de facto groups itself together with organizations that it’s outperforming by leaps and bounds. To point, let’s just say that there’s a good reason that WWE programming never makes mention of TNA.

Acknowledging the Reality of the 2016 Poker Ecosystem

I know we’re not living in the poker boom years anymore. Over the last decade, the online poker landscape has changed immensely. Even the world’s largest online poker company (estimated 71% market share) is experiencing heretofore unheard of setbacks, as operating in regulated markets – as opposed to the “Wild West” of yesteryear – is increasingly costly.

According to Amaya’s 2015 earnings report, PokerStars saw a decline (5%) in their poker revenues for the first time ever last year. The company also spent almost $19 million in lobbying efforts worldwide (close to half of that in the U.S. alone) to work on getting online poker legalized and regulated in additional jurisdictions, which, if successful, would paradoxically lead to them paying additional taxes.

Still, It’s Not All Bad News for Amaya

While times might be tough, I’d hardly call them “desperate.” In fact, PokerStars’ parent company impressively managed to wipe away $569 million worth of its debt last year. They’ve also got plenty to be happy about and proud of in terms of the performance of their online casino and sports betting products, which experienced a 860% year-over-year growth and accounted for almost 13% of company revenue in 2015 (vs. 1.4% in 2014).

Why is a PokerStars Rake Hike So Deeply Disturbing?

With all of the above said, what bothers me the most about PokerStars’ rake increase is neither its magnitude nor the circumstances under which the announcement was delivered, but rather the fact that the company still felt the need to make such a move in the first place.

From CEO David Baazov on down through the 2,000 or so PokerStars employees, there’s a lot of brilliance behind that Red Spade we know and love. I find it deeply disturbing that all of that brainpower and creativity couldn’t resist raising revenues by going after the “softest target” and raising rake, even if that measure was meted out with surgical precision so as to minimize damage and fallout.

I understand that a public company is mainly accountable to its shareholders, and that profits represent the bottom line. Yet, there’s also something to be said for being accountable to clientele. Quite frankly, at this point, it just feels as though PokerStars has dipped into the well of players’ pockets one too many times.

I didn’t pen this op-ed from the vantage point of a stereotypical “cantankerous online reg, who won’t be satisfied no matter what PokerStars does.” Furthermore, since I’m not a PokerStars employee, I don’t have an obligation to “toe the company line.” I publish this essay, and the following appeal as a recreational poker player/fan and fellow promoter of the game. 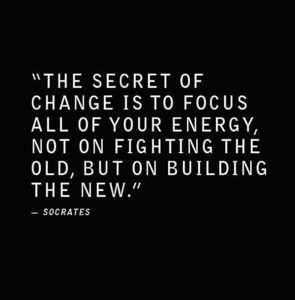 I’d like to call for a 1-year moratorium on PokerStars rake increases.

A look at page 7 of Amaya’s 2015 annual information form reveals that “Although the anticipated focus is currently on poker, as casino, sportsbook and other product offerings become more significant elements of its business, Amaya will begin increasing its focus and attention on marketing efforts that highlight these offerings.”

The path towards increasing company revenues is clear.

Page 28 of that same information form states quite clearly: “The Corporation may prioritize customer growth and engagement and the customer experience over short-term financial results.”

Dear PokerStars, you’ve done so much for the game of poker. Please step up once more.

SIMPLE : Play on other sites , send them the message they are not the only poker site. You can also just pay the rake increase like the sheep you all are. lol