Yesterday’s story is below

An official announcement will be made imminently by the Department of Justice stating that its negotiations with PokerStars regarding Full Tilt Poker have finally been concluded, and that players will be credited in full. Poker Player newspaper’s Wendeen Eolis, a former senior adviser to NY Mayor Giuliani and NY Governor Pataki (and the first woman to cash at the WSOP Main Event back in 1986), is credited with breaking the official story.

Another tidbit to emerge from Eolis’ Twitter feed is that the (same exact) Full Tilt Poker software will likely be up and running by November. Thus, “getting paid” will in all likelihood actually mean that players’ money will once again be accessible to them (let’s hope you all remember your passwords!). Certainly, it would stand to reason that if any player would ask for a cashout, it would be duly processed immediately. With PokerStars at the helm, there wouldn’t seem to be a reason to worry about that anymore.

In all likelihood, the official DOJ announcement will be made by U.S. Attorney for the Southern District of New York Preet Bharara, who notably called Full Tilt Poker a “Ponzi scheme” last year when leveling accusations against its founders and executive board of directors.

Many of the professional poker players who used to represent Full Tilt Poker emerged from the scandal with reputations unscathed. These include Phil Ivey, Gus Hansen, Patrik Antonius, Tom Dwan, Erik Seidel, among others. 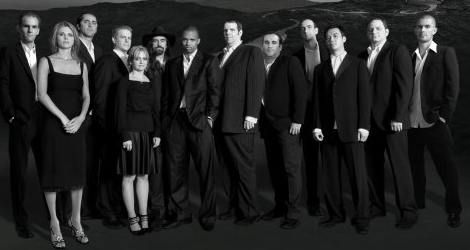 On the other hand, the whereabouts of Chris Ferguson and Howard Lederer remain a mystery, and nobody’s seen either of them playing poker anywhere around the world since Black Friday.

Issues that remain unanswered at the moment include:

At this point all that’s really left for us to do is sit back and start making plans for what we’re going to do with our Full Tilt Poker money. Many online poker players moved abroad to keep playing. With legal U.S. poker on the horizon, and Full Tilt Poker money, once thought lost, finally on the way back, perhaps it’s time for those players to begin making plans to return stateside.