Right around when this poker blog was founded, another poker enterprise began called Poker Players Unite. Over the last 7+ years, under the leadership of a recreational poker player named Eric “Rick” Blumenthal, PPU has raised tens of thousands of dollars for charitable causes through poker. 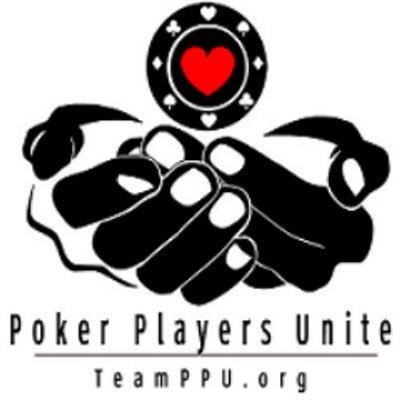 Recently, Eric reached out to me to ask if I’d consider giving the organization some coverage. I get approached all the time by people looking for coverage so I don’t always “rubber stamp” each request, but Eric’s in particular struck a chord. For years, I have also championed the beauty of using the game of poker to help raise money for charity.

Poker Players Unite utilizes an interesting model for fundraising. When it started out, they put together dedicated charity poker events, quite the conventional way of raising money. A few years ago, however, they conceived a truly unique concept called a “Pokerthon”, which has led to great amounts of additional monies being raised by individual players.

The idea behind a pokerthon is quite similar to that of a walkathon. In the latter, the participant gets people to sponsor them for each mile/kilometer being run/walked. Thus, as numerous people sign up as sponsors, a great deal of money can be raised by each participant in a walking/running event. In a pokerthon then, individual players get people to “sponsor” them in a poker tournament per blind level. That’s not to say that people are “backing” they player, but rather that with each new blind level a player manages to survive in a tournament, that will add additional monies to the sum total being raised for charity.

For example, if I get a dozen people to sponsor me for $5 per level reached in an upcoming poker tournament I’d like to play, then make it to level 7 before being eliminated, I will then have raised $420 for charity.

One thing I love in particular about Poker Players Unite is its grassroots appeal. Everyone involved volunteers their time on behalf of the organization. Close to a dozen people are now members of the PPU team. The team’s mission is clear: promote the game of poker in a positive light while using it as a vehicle to giving back to worthy causes. They’ve also got a defined set of core values that I certainly identify with, namely: loyalty, duty, respect, honor, and integrity.

I’ll also just mention that I really love the PPU’s logo. While the two hands kind of remind me of the Allstate insurance company logo, on a deeper level it just resonates because the idea of giving is so well manifested. It’s a particularly beautiful thing to see a group of poker players, who play a game where “taking” is the end goal, be so dedicated to giving.

How to Join PPU’s Efforts

If you’re in New Jersey, be advised that the PPU has an ongoing arrangement with 888poker NJ (one of the state’s new casinos online). On the second Sunday of each month, there’s a special PPU online poker charity tournament you can take part in that offers $400 in guaranteed prizes. It’s a $10 NLHE rebuy tournament in which all monies collected go to charity. Top prize is a $215 tournament ticket. The charity beneficiary changes from month to month.

Of course, if you’re not in New Jersey, you can take upon yourself the pokerthon concept and adopt it – or introduce it to your poker playing friends.

Thanks for taking the time out to chat with us! The article turned out amazing!

So glad you liked it! It was my pleasure 🙂