Backing 101 – A Guide to Finding, Negotiating, and Profiting From Backing Deals

Most tournament players think they would love to find a backer. For some it goes very well, but for many it’s not the free ticket to poker stardom that they expect.

Let’s start by looking at the two primary types of backing deals and how they typically work. 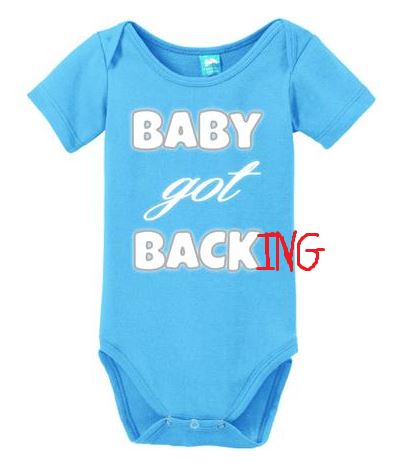 A makeup deal is a great thing for a smart backer. If they back only winning players, they can’t lose, because they get back everything they have lost before any profits are split up. A standard deal has the backer paying all of the buy-ins. Any time the player loses money in a tournament, they accrue makeup. It’s like debt, but you never have to pay it back directly out of your pocket. The backer gets their money back as the player scores cashes and wins to get out of makeup.

In a standard deal, the money is split equally, so you would each get $1,500 and you would basically be starting over with no makeup. But if the win was only $5,000, all of that money goes back to the backer. You would make nothing and still have $2,000 in makeup.

2nd in the $1k @PokerStars WCOOP for roughly $57k – no title but super happy with the result, out of Makeup for the first time since February pic.twitter.com/Vci8UrVP1D

In some backing deals, the backer covers some expenses. In others, the split is slightly different. A great player will get 55/45 or even 60/40 if they are likely to make their backer money. In other words, they’re a worthwhile investment. Sometimes even a mediocre player will get a sweetheart deal like this because their backer just doesn’t know any better. The truth is that makeup deals probably should be more like 60/40 for any reasonably good player since the backer is taking relatively little risk, but 50/50 is the standard and finding a deal better than this will be tough until you are very well established.

The No Makeup Deal

In deals where there is no makeup, the split is obviously going to be slanted toward the backer. If they offered 50/50, with no makeup, they would likely lose money even if they were backing the most profitable players in the world. Without makeup, a typical deal is 80/20 in favor of the backer. This gives the player a 20% freeroll on whatever tournaments they play with the backer’s money. It is basically selling action, but only to one person.

READ MORE: Everything You Always Wanted to Know about Selling Action but Were Afraid to Ask

Without makeup, it is very possible for a backer to lose money. To illustrate, take your last 20 or 50 tournament results and run the numbers. Assume that you paid a backer 80% each time you won something, and you got the other 20%. You can alter the numbers to represent different situations and see how you and your backer would do depending on how results and percentages change.

Deals without makeup also have variations. I’ve heard everything from amazing deals like 50/50 with no makeup to deals where any amount above a certain number is split according to a different percentage.

If you really want a backer, there is no secret formula, but there are lots of ways to increase your chances of finding one. Start by playing a lot and recording solid results. When people seeing you playing at a skill level that is higher than the competition, they will take notice and you may get some backing offers. If you also make it known that you are looking for a backer you can increase your chances. At the end of the day, everyone’s happy to try and make a good investment with their money.

The key is to play well and win. From my experience, if you’ve only won $40,000 on Hendon Mob, you are going to have a tough time finding a backer, but once you cross the $100,000 mark things get easier. Beyond that, I noticed that I started to get many more offers after I crossed the million dollar mark for lifetime winnings.

With that said, I was already getting offers from backers when I had $200,000 in winnings. Why? Because I made myself a known player. I was active on social media, am talkative at the tables, have a reputation for being honest and reliable, and my blog and training videos convinced a lot of people that I could play at a high level. If you don’t want to have to wait too long before getting backed, work on making yourself a known player.

If you want a backing deal it also helps to make sure that your reputation is spotless. Backing players is risky business, and backing a player who may not pay you if they win is a losing proposition for sure. So make sure that no one has a bad thing to say about you, that you don’t owe anyone money, and that you pay any debts you incur on time without hassle. Don’t even associate with people who are a little shady or a prospective backer may think you are a bad risk.

A backing deal can also be a real hassle if the terms aren’t set out clearly ahead of time. I can highly recommend having a contract written up by a lawyer. Verstandig Law handles backing deals frequently and they can write up a contract for you that doesn’t cost much and ensures that if you hit that big score you get what should and you don’t end up in court trying to explain poker backing deals to a judge who has never played the game.

An admittedly self-serving reminder this is precisely why we draft staking agreements. They are incredibly comprehensive; they cover fully these scenarios (as well as others); and what we charge is a pittance compared to what a staked player can often win or lose in one hand. https://t.co/eLklaDQSJB

Whether you get a contract or not, make sure to put everything in writing so that everyone is clear what the expectations are. A backing deal gone sour can be very frustrating and can cost you future backing deals because backers don’t want to get involved with a player that could be a problem.

It’s also important to note that with makeup deals, the standard rule is that the backer can drop you any time, but you can not leave while you are in makeup. This protects the backer from losing a pile of cash when a player gets into makeup and decides to go find a new backer to start fresh without makeup. This is very bad form and would destroy your reputation if word gets out, which it almost certainly will.

All of the aforementioned might sound great; you limit your risk while enjoying the great potential upside. With that said, there are a few reasons why a backing deal might not be the right thing for you to enter into.

Playing for higher stakes doesn’t necessarily mean that you make more money. In business it’s called the Peter Principle and refers to a situation where people are promoted until they no longer perform well and then left in that job to languish. Most players – including me – think they’re way better than their opponents. But the truth is that if you move up in stakes you may make less money or may not be profitable at all.

When you are splitting the income with your backer and your ROI (Return On Investment) decreases because of tougher competition, you could easily find yourself a break-even player or worse. Then you run into the next reason backing deals might not be for you.

If you aren’t profitable right away, you can be buried in makeup and poker can turn into a very frustrating way to try to make money. Playing a $300 tournament that pays $10,000 for first is tough to do when you are $30,000 in makeup and winning the tournament will “mean nothing” for your bottom line. If you buy a few drinks to celebrate your win it’s just costing you more money on top of your expenses (which your backer is usually not paying). It’s hard to play well in this kind of situation, though there are certainly many players who do very well in long-term backing deals with makeup.

If you are good enough to beat bigger stakes, you should be crushing the smaller stakes that you can afford on your own. If this is true, then saving your winnings and building up a roll can save you from having to split your winnings with a backer. Giving up a significant portion of your income while you are also paying rake and paying expenses can make it tough to survive and if you make money with a backer then you would almost certainly make more money without them. That all said, I was either backed or sold action in my two biggest tournament scores. If it weren’t for people buying pieces of my action in 2014, I probably wouldn’t have won my WSOP bracelet. So, each player has got to decide what works best for them on an individual basis.