Ask the Poker Experts: How Does One Prepare for the $25K PSPC?

Ever since the PokerStars Players No Limit Hold’em Championship (PSPC) was first announced just a little over a year ago, talk of the event has been on the lips of recreational and professional poker players alike. As hundreds of people all over the world have claimed their Platinum Passes throughout the year, we’ve been looking forward to January 2019, when they’ll all gather together to face off for their share of an eight-figure prize pool.

It used to be the case that $25,000 buy-in events were exceedingly rare – even non-existent – but nowadays they’re practically commonplace. With that said, a $25,000 buy-in event field typically numbers in the dozens, only occasionally surpassing 100 runners. As such, the PSPC is sure to be a one-of-a-kind event. There will be 320 Platinum Pass winners in the field, and that’s before factoring in even a single entrant who will have satellited in or bought in on his/her own.

Such a unique event begs the question: How to prepare? I’d like to thank Maria Konnikova, Bill Perkins, and Ryan Riess for kindly giving of their time to answer that question. Each of them of course has a unique perspective, so whether you’ll be among the fortunate ones playing or, alternatively, just watching from the sidelines, I’m sure you’ll find what our panel of poker experts had to say. 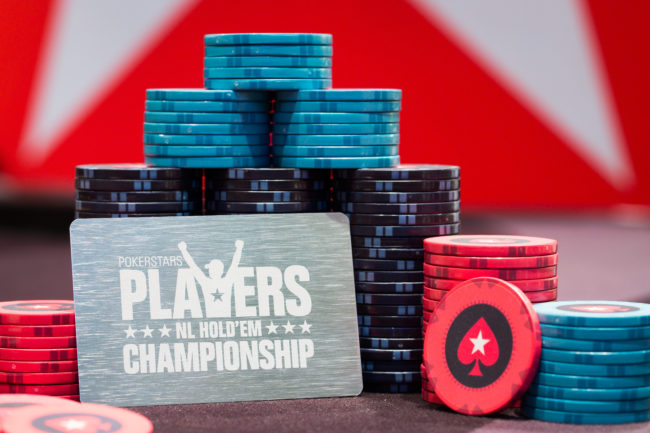 QUESTION: The PokerStars Players No Limit Hold’em Championship (PSPC) is no ordinary $25,000 buy-in event. With that in mind, how do you intend to approach it? 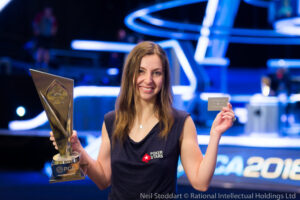 The upcoming PSPC is a $25K tournament that is unlike any that have come before. Given how many of the players won a Platinum Pass for their entry (I’m one of them!), there will be far more amateurs than is typically the case. That, I think, is actually great news when it comes to preparing for the event: the field is going to be more similar to the $5K or $10K main events that players like me are far more used to playing. I think it’s really important, as you prepare mentally for the PSPC, to realize that there’s no reason to feel intimidated. Sure, it’s an important event, but it’s also just another tournament. You can’t let the fact that it’s a $25K paralyze you into playing anything other than your best game — being too cautious, for instance, because you’re afraid of busting early. And given the number of Platinum Pass winners, you may well find yourself at a table of people who’ve also never played for these stakes before. In other words, it’s a $25K where the typical player still has a great chance of feeling in her element rather than constantly outclassed by wizards. For me, realizing that has been a key part of my mental preparation.

That said, this is, of course, a $25K, and a very important one at that. So I take preparing for it incredibly seriously. I’ve been studying hard away from the tables, diving into programs like PioSolver to work on my approach to playing certain types of hands and navigating certain kinds of board textures (for people who don’t want to spend money on it, there’s a free version that is still quite useful) and watching many hours of strategy videos on my favorite strategy site, RunItOnce (well worth a subscription for anyone who is serious about improving).

I’ve tried to focus on understanding how the best high roller players approach certain situations – not necessarily because I want to (or even can) mimic them, but so that I make sure to have a feel for what they are doing if I happen to find myself in a hand with them, so that I don’t become overwhelmed in the moment. I’ve also been watching a lot of high roller footage on PokerGO, doing a lot of pausing and note-taking, to familiarize myself with how some of the best players in the world approach their decisions. I don’t think people realize how valuable watching cards up coverage can be, if you take it seriously. You have to engage with it and grapple with the different strategies you observe. It’s also really interesting to see that even the best players in the world differ in their levels of aggression and overall approach to the game. There’s no one-size-fits-all technique. That realization has been quite liberating to me as I think about my own play: I don’t feel like I need to do something just because someone talented is doing it. I just need to work on maximizing whatever approach is best for me.

Some people have joked that this is a freeroll for me, since I won the Platinum Pass – but I don’t see it that way at all. I worked hard to win the pass, winning the PCA National Championship earlier this year, and to me, this tournament is a chance to prove that I’ve continued to improve ever since. What’s more, a few people who’ve supported me along the way have large pieces of my action. That always inspires me to play my absolute best; I don’t like letting others down, and I want to justify their support in me.  Bottom line: Platinum Pass or not, I’m going to be giving the PSPC everything I have.

Maria Konnikova is the author of two New York Times bestsellers, The Confidence Game, winner of the 2016 Robert P. Balles Prize in Critical Thinking, and Mastermind: How to Think Like Sherlock Holmes, an Anthony and Agatha Award finalist. She is a contributing writer for The New Yorker and is currently working on a book about poker and the balance of skill and luck in life, The Biggest Bluff, to be published in 2019 by Penguin Press. Having amassed over $260,000 in poker tournament earnings within one year and captured a major poker title during research for her upcoming book, in July 2018 Maria joined PokerStars Team Pro as an official ambassador. 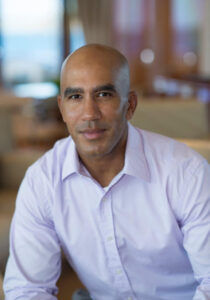 There are four main areas I will be concentrating on during my preparation in the lead-up to the PSPC.

1. Rest. There is no shortage of data on fatigue and mental performance. Being well rested will allow you to play at the top of your game.

2. Patience. Patience is required not only to not force hands and put yourself in awkward spots, but also allows you to deal with the many different personalities you will be spending a bit of time with. If you have no patience, it will affect you emotionally and probably/possibly slip into your thought process in the game.

3. Study. The game is complex and even GTO is dependent on what the tendencies of your opponent are. Knowing more of this will help every player make the best of what they are dealt. We can all learn a little or a bit more about poker.

4. Focus. Practicing focus is the hardest for me with respect to poker. I’m naturally affable and enjoy meeting fellow poker players. I also have multiple other interests that constantly pop up on my phone to distract me. Practicing focus is just as important as rest, as I need to apply as many neurons as I can into the game at PSPC.

William O. Perkins III is the CEO of BrisaMax Holdings, a consulting services firm based in the US Virgin Islands, he is also the founder and head trader of Skylar Capital Management. Mr. Perkins has been involved in diverse assortment of ventures in energy, media, information technology and other fields. He is currently writing his first book, “Die with Zero” which gives strategic advice on how to live your best life no matter your income. 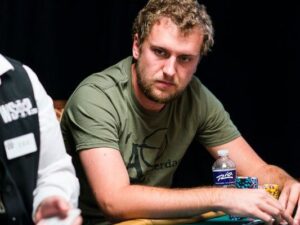 The PSPC $25k will be a lot different than most other $25k events. Most big buy-in tournaments these days are filled almost entirely professionals, in which everyone is trying to play a GTO-based rather than exploitative-based game because there aren’t many inexperienced players to exploit. In the PSPC $25k, there are going to be tons of recreational players so it’s going to be very important to try and use exploitative play against the first-timers rather than playing GTO against them. If you play a hand the same way against David Peters as you do versus someone who has never really played in a high roller tournament before, you are probably making a mistake.

Towards the end of this tournament, I think it is likely going to be mostly regs left in the field and thus it will be harder to accumulate chips than in the early stages. Thus, it will be very important to exploit the more inexperienced players early on to accumulate chips. Some of the top high roller regs don’t do very well in main events because they don’t adjust correctly versus different types of opponents. Whoever correctly uses exploitative strategy against the first-timers while also holding their own versus the best players will have a good shot at going deep. I personally think this will be one of the greatest tournaments of all time. I’m really looking forward to it.

Ryan Riess is the 2013 World Series of Poker Main Event Champion and has recorded over $13 million in tournament earnings.