A few weeks ago, something pretty interesting popped up in my Twitter feed. I saw that Daniel Negreanu had retweeted something from Sean McCormack, Director of Operations at Aria Poker:

If you missed tonight’s #Periscope show download the app and follow @ARIAPoker to watch replay. Thank you to @RealKidPoker for joining us.

What specifically intrigued me was the innovation and uniqueness being demonstrated, as this was the first time I could recall a live poker room initiating a live broadcast via Periscope. While I wasn’t awake during the live broadcast, I was able to catch a replay on my phone within the 24-hour time limit (NOTE: By design, all Periscope videos automatically disappear within 24 hours). I was impressed:

Realizing that tons of poker fans just like me would also be intrigued, I knew that I needed to speak with the staff at Aria Poker to learn more about their new Periscope activities. So, I reached out to Sean with some questions, which he was kind enough to respond to. I hope you enjoy the interview, below. 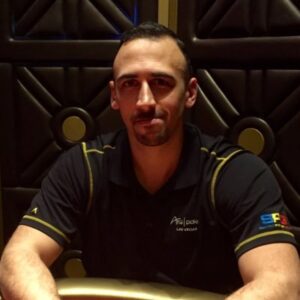 Hi Sean. First off, for people who don’t yet know you, please tell us a little about yourself and your experience in the live poker industry.

I’m a city guy from just outside Boston, Massachusetts. I’ve been in the poker industry for over 13 years now. I’ve held just about every job in poker starting as a dealer and working my way up most recently to Poker Operations Manager at Bellagio before moving to ARIA.

How long have you been working at Aria Poker and when did you become its Director of Poker Operations?

I was appointed to the Director of Poker Operations position at ARIA in September of 2015. I’ve been with MGM Resorts International since 2006.

OK, so who was the first at Aria Poker to think up the idea to do a live Periscope broadcast?

There were a few times in the past that staff members got on Periscope to give updates about tournaments and promotions. I thought we could do so much more with it…on a weekly basis. So far I feel like it’s been a success, and a lot of fun.

When was the first broadcast and how often do you intend to schedule them moving forward?

Our first broadcast was just a few weeks back, I believe we just finished episode 5. From now on our schedule is every Thursday at 5:15 pm PST.

When I tuned in to watch the replay, I noticed you were sitting with a couple of other people at a poker table in Aria Poker’s Ivey Room. Care to introduce them?

It’s relatively rare to have live poker room management think “outside the box” to truly integrate social media and engage with fans and followers who have patronized the room. What are you hoping to achieve with these Periscope broadcasts?

It’s just another way to engage our customer base. We bring updates on tournaments, special events, rulings, and do a Q&A. We like to show people not only what we do, but who we are. 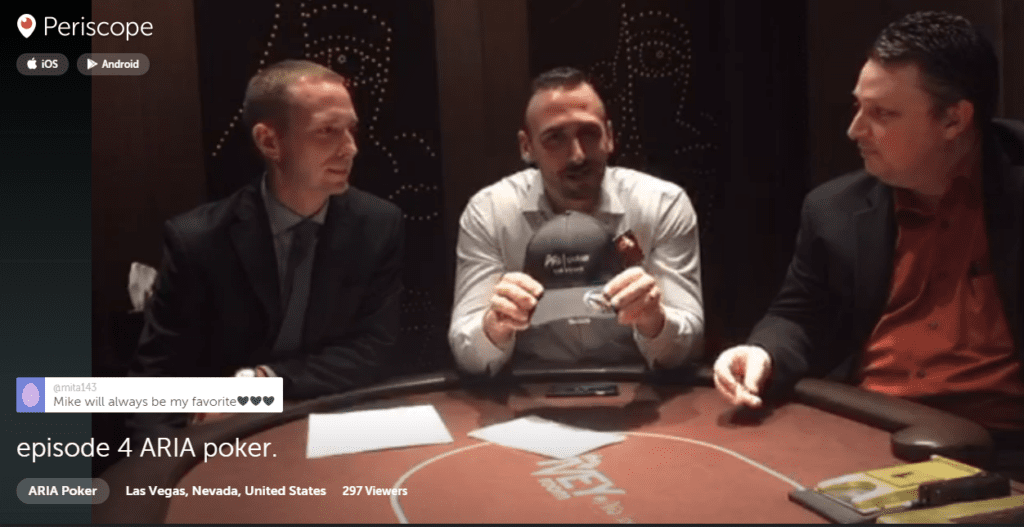 From left to right, Paul Campbell, Sean McCormack, and Michael Williams on Periscope at Aria Poker

Did you have to jump through any hoops with management or with the Nevada Gaming Control Board to be allowed to start doing these live broadcasts?

Our PR department gave us the thumbs up on our broadcast. We don’t film any live gaming, so no other approval is necessary.

According to Daniel’s Twitter feed, there was obviously a big game going on in the Ivey Room that night. Are you permitted to tell us who was present and/or how much money there was in play on the table altogether?

We don’t speak on behalf of our players; of course their privacy is very important to us.

Coming out of retirement tonight and playing in a high stakes big bet mixed game having never played several of the games. Good luck me!

Daniel joined you for a couple minutes towards the end of the Periscope broadcast. That and knowing there was a big game going on a few feet away from you, made me think of those legendary High Stakes Poker sessions from “back in the day”. Do you think that if the stars align at some point in the future, you might at some point consider pointing the camera at a big mixed game in the Ivey Room for a few minutes?

No immediate plans for producing a live cash game show again. We always try to stay the most current and relative poker room in our industry, so we are always open to new opportunities.

The huge mixed games spread at Aria Poker seem to feature some innovative variants, like NL Very Crazy Pineapple and “PLO Flips”. How many games do you guys have plaques for? Beyond the aforementioned, have you got any other really obscure or funny games in the mix?

New games emerge often in the poker world. At ARIA we keep ourselves versed in most variations so when requests are made we are prepared.

Phil Hellmuth and Antonio Esfandiari are well-known ambassadors for Aria Poker. Do you foresee them joining you on a future Periscope broadcast?

One of the real fun parts of the show is it’s totally unscripted, so if they are around we will definitely ask them if they’d like to join. 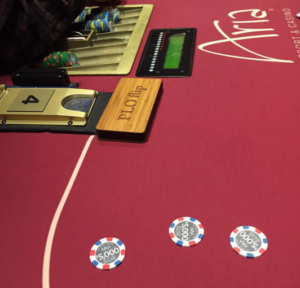 The camera seemed to be set up on a small tripod and I noticed you also had a tablet in front of you during the broadcast. What else is going on behind the scenes that the camera isn’t catching?

Periscope is a great app that allows us to setup a cell phone on a tripod and instantly go live. I hold the tablet to follow along the chat box to answer questions from our viewers. We are having a ton of fun with it.

Anything else you’d like to tell the poker fans here at Cardplayer Lifestyle?

Thanks to all who are fans of ARIA poker room!

With thanks once again to Sean McCormack for his time, I’d like to highly recommend that you follow Aria Poker on Periscope and tune in each week on Periscope at 5:15 pm Pacific Time to their live broadcast. You never know just who might show up to entertain you! 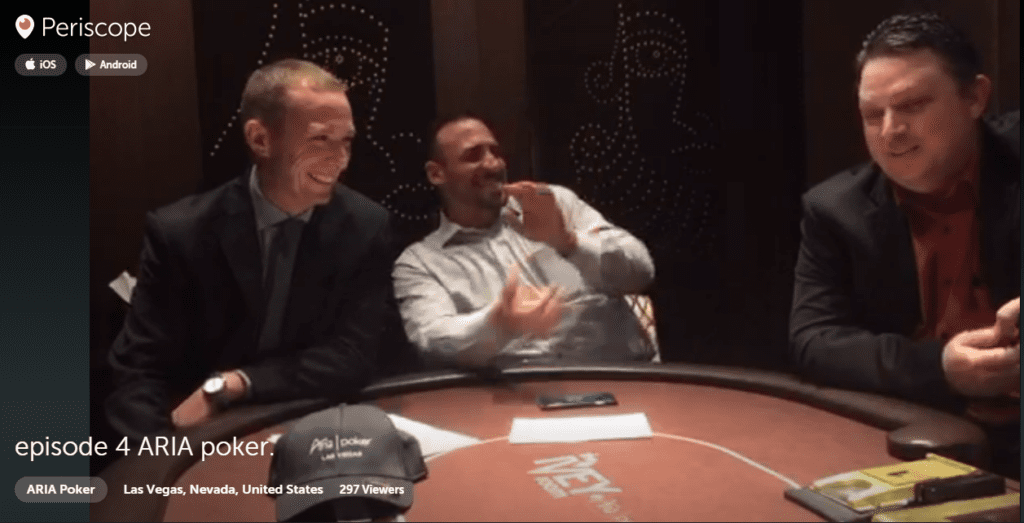 Paul, Sean, and Mike sure know how to have a good time while on Periscope!

Couldn’t agree with you more, Philip! Thanks for taking the time to read the article and comment; much appreciated, sir. By all means, please feel free to spread the word on your FB and or Twitter about the great job Aria is doing – they deserve the good press!