Few people come into poker hoping to become the next Allen Kessler, and that’s kinda sad. While the butt of many jokes, Allen Kessler has been a surprisingly consistent poker player over the years.

While many in poker may view him as a min-cash machine, the reality is that lots of us would be lucky to have the career he’s enjoyed. With that in mind, here are 7 reasons why you should aspire to be more like Allen Kessler. 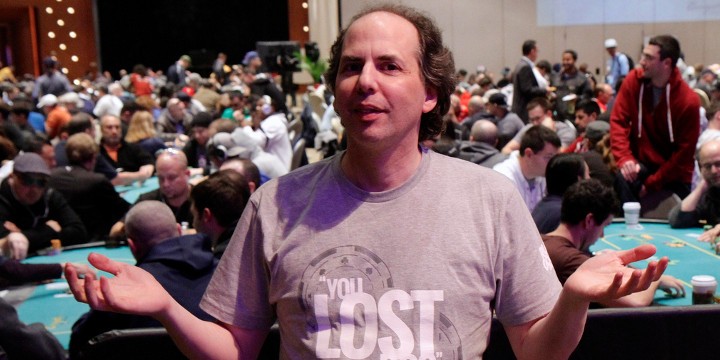 Allen Kessler has won $3.41 million in live poker tournaments over the course of his career. Some of you probably are inserting your favorite min-cash joke right about now, but Kessler’s tournament cashes date back to 2001 and, looking at his HendonMob profile, he shows remarkable consistency.

While he’s often been viewed as the “King of the Min-Cash”, Kessler has won 15 tournaments over the course of his career with 3 WSOP Circuit rings to his credit. Let’s also not forget that he was the 2013 HPT Player of the Year.

Kessler consistently finds himself in or near the GPI 300. At the time of this writing, he’s 364th. While that may not sound like that big of an accomplishment, you have to remember that the GPI ranking system takes a running tally over the last five years. That means that Kessler is playing well enough to regularly find himself included among the top 300 tournament players in the world.

Some of you probably aren’t impressed with that stat. I understand that. However, when you consider that the GPI 300 tracks over 250,000 poker players worldwide, finishing in or near the top 300 is a pretty bold brag.

3. Slots and Video Poker Will Supplement Your Poker Play

If there’s ever been an argument to support using slots and video poker to supplement your poker bankroll, Allen Kessler may have it. Anyone that’s followed him on social media has seen his multiple brag posts about hitting various slot jackpots or when he hits a royal flush on video poker. I personally cannot count the number of times he’s claimed to have freerolled into a tournament after hitting a royal in video poker.

Kessler can be regularly found grinding away at penny slots at any casino he plays at. He recently hit a decent-jackpot prize on a penny slot, but also later admitted he spent more than he won by chasing said prize. That’s OK; he’ll probably hit a couple of royals on his next trip to make up for it.

Amazing 679,000 jackpot! (Pennies) I still lost chasing it! Glad to get some back. pic.twitter.com/BPfx0v2GXM

4. You’ll Have Fewer Leaks Than Other Poker Players, Despite the Slot Play

Despite regularly playing “house games” like slots and video poker, Kessler does seem to have fewer leaks than the average live poker player. I can’t recall ever seeing him posting about throwing away money in the pit, sports book, or over insane prop bets.

About the only thing we regularly see him put money on outside of poker and slots are last-longer bets. I can think of several players who would be wise to take the same approach with their bankrolls.

5. You Control the Fate of the World

There’s been a running gag that if Allen Kessler wins a WSOP bracelet, it would bring about the apocalypse. Kessler has come close on multiple occasions, but has yet to bring about the end of the world.

By the way, Kessler has played up the running gags, often commenting about it on Twitter when he’s leading or running deep in WSOP events.

6. You’ll Save More Money Than Switching to GEICO

Kessler has notoriously been known as one of the most frugal poker players in the game. He’s always looking to earn a comp or save a buck while on his poker travels. Why do you think he plays the slots so much? I can tell you from experience that video poker can earn you some sweet rewards… Kessler takes full advantage of this. 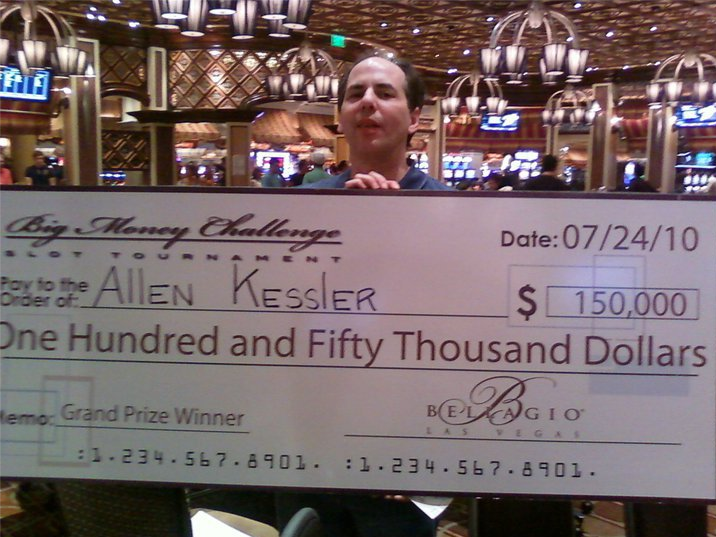 He will also share that wealth at random. Those of you out in Vegas should keep an eye out for the next time he offers to take someone out for dinner. Granted, it will be a comped dinner, but isn’t the best food free food?

7. You’ll Be a Well-Rounded Poker Player

While we all like to have fun with Allen, there’s no denying that he is one of the most well-rounded poker players in the game. He plays all the games and has enjoyed success in all of them.

Kessler has won tournaments in everything from NL Hold’em to HORSE, Omaha Hi-Lo and the 8-Game mix. It takes skill and discipline to play multiple variants of poker well, and he’s got it in spades.