6 Things That I Miss About Online Poker

One of the things I’ve enjoyed doing since I was but a wee lad was sitting down at a table and playing poker. Even as an eight-year-old, my brother and I knew enough of the rules to play for matchsticks or candy (I particularly enjoyed beating him in those candy games, even though I’d have to give it back to him after he complained to our mother) and, when we moved into playing for pennies, the competition became even more intense. Through high school and college, poker was always there for a nice respite, a reward for a particularly difficult week, or just a chance to hang out with the guys (and the girls, after reaching college). 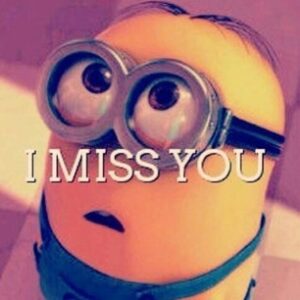 In my adult life, the game of poker meant even more to me. My time in the United States Marine Corps expanded my poker play into larger games where pennies weren’t used. In their place now were chips that represented larger denominations of currency. There were those times during exercises that the cards would come out and draw my fellow Marines and me into a further esprit de corps than we had simply from being “Devil Dogs.” There were also the stories told by the Gunnys and Master Sergeants during these sessions about the games they had played during the Vietnam War, where the game relieved their stresses from a literal Hell on Earth.

While I moved on after the military into the world of radio broadcasting, poker was still a constant in my life. Then, in 2004, it became even more a part of my being when I began my life as a poker journalist (I prefer poker “journalist” than “writer” simply because I believe there is a level of quality and responsibility [read:  sometimes you need to keep your mouth shut] expected out of a “journalist”) and online poker became a part of the play.

Then, darkness fell upon the land, or at least the United States. The events of “Black Friday” essentially destroyed the online poker scene in the U. S. and, as a result, took away something that had been a great part of my life prior to its departure. In the U.S., online poker is currently only legal and regulated in Nevada, New Jersey, and Delaware; and I don’t live in any of those states.

There are many reasons that I miss the game today (sure, I know there are real money sites for online poker out there I can play at, but I am more about how do I get my winnings off the sites rather than how do I deposit money to my account; it’s easy to get the cash on these U. S.-facing sites, but just try to get the money off after a win), but these are my top six (in no particular order) that I am sure others might feel:

During the halcyon days of 2004-2008, if you knew anything about the game of poker, you could do pretty well in the online game. Whether you were sitting down in a cash game or getting into a tournament, the bulk of your online opponents had little to no idea of how to really play the game of poker. As such, it was the proverbial “kid in the candy store” syndrome for those who had an inkling of how to maximize their profits. 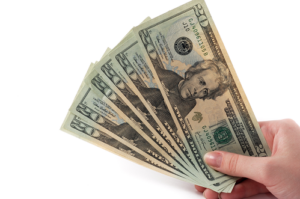 Not only was I writing about a game that I still love to this day, I was getting paid for it and probably playing more than ever before. That “play” was resulting in a little extra bonus on top of my pay from writing. It’s always nice when something you enjoy is able to pad your bank account a bit. With online poker, that was the reality that thousands – not pros mind you, but folks who just picked up some extra cash – found in the game.

In those early days of online poker, it was still a communal game. There were jokes flying around the virtual table via the chat box and, for the most part, the conversation was enjoyable. Sure, every once in a while you’d have the guy (or occasional woman) who had taken one beat too many who fired off on someone, but that usually calmed quickly either with the player’s departure or the intervention of the “Poker Room Manager” (moderator). Hell, the same thing could happen in a live poker setting and we live with it; so why not online? 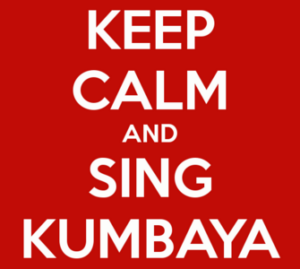 By 2011 that camaraderie became virtually nonexistent. Nowadays, the chat box is an afterthought as players study their HUDs, multi-table the games, jam out to their music, answer e-mails and basically don’t bother to engage with their tables at all. This is one of the trends that is unfortunately making inroads to the live game and I certainly hope that it doesn’t take full effect. Poker is, by nature, a social game and removing that social element makes it more of a robotic operation than an enjoyable pastime.

Part of the charm of playing online poker was the factor that you weren’t just playing with people in your inner circle. That “home game” that was tossed together with the people you worked with or at the local casino or card room suddenly expanded into a truly international arena. You could just as likely be playing against someone in Europe, Australia, South or Central America, or Asia as be playing against someone in the same city you were located in. 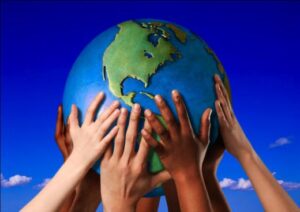 Poker is one of those games that allows people to have a commonality regardless of location. The rules are the same here as they are for the most part in Melbourne, Berlin, Mexico City, or Tokyo. The object of the game is the same worldwide: to make the best decisions possible. When we can come together over a game, it allows people to reach out to learn about each other and to realize that we are more similar than different.

4. The Opportunity for Greatness

Online poker, through the utilization of the satellite system that became popular in live poker rooms, offered the chance to get into major tournaments through spending what one might spend on a trip to the grocery store instead of hundreds of dollars. Everyone involved in our great game knows the story of Chris Moneymaker, who parlayed a $39 satellite on PokerStars into a $2.5 million windfall at the 2003 World Series of Poker Championship Event. While that is the epitome of the satellite system, there have probably been hundreds of players who have similar stories (maybe not the big win, but the massive ROI) that could be told. 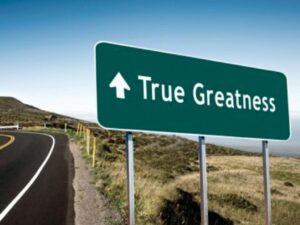 Without online poker in the U. S., anyone who wants to get into a major poker tournament now has to go the traditional route of either buying directly into the tournament or taking the risk, heading to the venue and playing through the satellite feeders not knowing whether they will reach their goal. It is a lot easier to have someone on your property when they know they’ve already got their seat sewn up rather than scrapping to get that seat.

5. A Cheap Form of Entertainment

Back in the day, there were several nights that, instead of going out to a local nightclub or movie theater and spending way more money than I should, I decided to stay home and play some poker. Whether it was a micro stakes cash game or a $5 or $10 tournament, I got entertainment out of sitting around the virtual felt and, yes, even sometimes made some money. Add in the cost of a six-pack (or, if it was payday, a bottle of Jack Daniels) and it was a rather cheap evening of entertainment for myself. 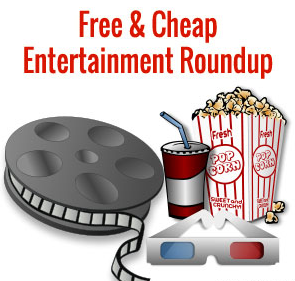 With the departure of online poker, that option has been removed from the equation. That may sound like doom and gloom, but it’s given me the opportunity to expand into other areas. That same $5 that once went to the online tournament now may go to renting a movie on demand or towards my Netflix or Hulu bill. If and when I’m once again able to play online poker on a licensed, regulated site where I live, it is going to have some competition from some of the new entertainment options that I’ve discovered since 2011.

6. The “Not Playing Poker” Conspiracy

Many years ago, singer Jimmy Buffett crafted a song called “The Peanut Butter Conspiracy.” In a nutshell, the song was about how – in the days when he had little money – he and his friends would go to the local grocery store and steal their dinner. By the end of the song, Buffett has reached his level of success but, fearing a return to those days, sings:

So every now and then when I’m in a grocery
I’ll take a little but not much
‘Cause you never know when the hard times will hit ya
And I don’t want to lose my touch.

Losing online poker has felt like something along those lines. Without online poker, there isn’t a way for me to be able to keep “my touch” so that I can still be in practice when I step into a real game or a casino. In the days when online poker was around, there was plenty of opportunity to keep my game sharp. Nowadays, not so much. 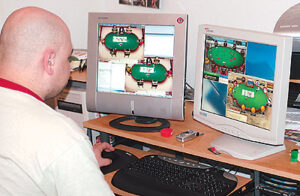