Back in 2003, Chris Moneymaker’s satellite qualification into a World Series of Poker Main Event, which he would go on to win, created a phenomenon. Known as ‘The Moneymaker Effect’, the result of the former accountant who became perhaps the most valuable sponsored poker player of all time was a poker boom. Moneymaker’s Main Event saw 839 entries yield a $2.5 million top prize. In 2004, 2,576 players battled for a top prize of $5 million.

The ripples of that poker boom are still felt today where, worldwide, it is estimated that 468 million people play the game. With billions more potential poker fans around the globe, could poker explode into people’s homes like never before as the return of live poker in tandem with a thriving online arena? In a similar manner, the success of online casinos has been mirrored by more and more people playing in brick and mortar establishments as well. As people check out the best online casino reviews to know where to play, they also have their favorite live venues at which to enjoy casino gaming.

Anyhow, if a second poker boom is to take place, what factors could have a positive influence in making it happen? We can think of five perfectly plausible ways the best card game in the world could provide the perfect entertainment outlet for billions of potential new players. 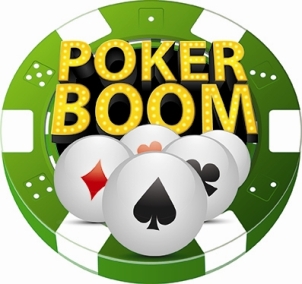 In a way, this should be the simplest growth of all to be able to influence. There are a number of factors that need to change for the estimated 5% of most tournament fields being female to reach 50%, but virtually all of them are not just possible, but simple to implement.

Firstly, all marketing should appeal equally to both sexes. I know I don’t speak for every red-blooded male, but some of the marketing that has promoted poker over the years has actively discouraged females from playing the game. If poker brands equate sex with poker, then they should switch careers because here’s a newsflash — playing poker is nothing to do with sex.

Promoting poker as a man’s game is crass, illogical and self-defeating. Not only are women equally proficient at the game, but for marketing men (face facts) to ostracise half of their potential demographic is dumb. Patronising the section of society that could easiest grow the game and deliver a poker boom that benefits all players has got to stop.

For years, it has been difficult to move money onto and off poker sites without paying some sort of added charge, or ‘vig’ to do so. In recent years, financial money movers such as Luxon Pay or PayPal have been used and poker brands have, naturally, joined in. Brands such as partypoker allow players at live events to use their online tickets and balance towards live entries without charge.

What about players who — and this is probably around 90% of them at the very least — play on multiple sites and don’t want to move money by asking Poker Twitter “Have ‘Stars for ACR, can anyone help??” It’s time for all poker brands to provide a free money transferring service. If this happened, it would be easier and more financially beneficial for players to download multiple sites and in doing so, all players would then be more likely to play more.

In addition to financial movement, what about player movement? Let’s stop expecting partypoker players to only appear in ‘orange diamond’ events, or PokerStars Team Pros to play solely ‘Red Spade’ tournaments. If you’re a sponsored player, start mixing it up and spreading your own brand around the world and appealing to ten times the fanbase.

For many years, selling poker action has been a complicated business. From staking other players in events to selling your own action or buying others, the business of swapping percentages was tough.

There has definitely already been a shift in this, with the advent of sites like GGPoker making it easier for poker fans to buy action courtesy on the in-game tool. Then there are sites such as Poker Shares and StakeKings, which have brought betting on poker players to another level, seeing millions of dollars traded on bouts like Doug Polk vs. Daniel Negreanu and Phil Hellmuth vs. Tom Dwan in recent months.

Poker and sportsbetting are natural bedfellows in many ways, with legislation in the US opening up states for both at the same time as the country battles to bring online poker back to the masses. With six states already green-lighting the game, sportsbetting and sharing of poker action is one way to open up the whole world to getting involved in the game, whether they’re actually at the table themselves or not.

Video blogging, or vlogging, has become a niche area of ‘pokertainment’ that in recent years has seen some decent growth. Of course, its not just on YouTube that players share videos of their poker adventures, with Twitch and Facebook Live just two more ways in which every 3-bet, bust-out or hotel room doorway entrance can be broadcast to fans around the world.

Poker players are naturally innovative, with this core skill of poker suiting vlogging down to the ground. If more casinos and poker brands partnered with poker content creators, then the word would spread quicker than it currently does, and in a multitude of different ways.

If necessity is the mother of invention, then permission is possibly the patriarchal father figure. Giving vloggers access to casinos and telling the real backstage story of what it is like to be a poker player, warts and all, is a way of engaging far more poker fans than are currently interested in the game.

Poker brands can play the biggest part in this, too, by actively recruiting sponsored pros or ambassadors who provide extra value with vlogging as part of their output.

Finally, we come to an issue that is no-one’s fault but collectively, could be solved with the help of all the previous four factors. Let’s imagine a poker universe where everyone can move money between sites without it costing them, back who like with ease and promotion applies to the game rather than the sexual organs of one half of the potential player pool.

Add in regular, immovable event schedules and we’d be away. For years, the most popular live event series was the European Poker Tour. Part of that appeal was undoubtedly the top-quality production, big prize pools and legendary commentary and presenting team behind it all. But the other appeal was what is missing from several tours these days – consistency.

Consistency in poker tournaments means offering the same format and package to a tournament over a considerable period of time. In the past decade, many tours have mushroomed into existence, only to wither and rot due to a lack of consistent production. Of course we get it; putting on a live tour is an enormous amount of work. But as poker players, knowing where a tournament will be and planning your schedule around is convenient, appealing and always guarantees a great turnout. Look at the EPT Prague event for example. Every December, players would descend on the Czech capital, knowing that a terrific guarantee and the same venue at the same time of the year meant they could shuffle up and deal then go Christmas shopping in the nearby markets.

If poker players know that a tournament is always going to be there, it adds to the prestige, and that in turn feeds the imagination of players who start playing the game. It’s one of the reasons everyone loves the summer WSOP in Vegas (excepting pandemic conditions). It’s always been there, so people will go. Any tour, no matter how big or small, should build a fanbase with consistent events and go from there, rather than trying to expand too far and wide, then cancelling events or limiting future offerings.

Incidentally, the same is true for online tournaments. Players who buy into $10,000 entry online events love the GGPoker Super MILLION$ because it is there every week, always has the same commentary team and the format is ever improving but only adds new features, never taking them away. It’s consistent, and combined with the other factors above, really could create the second poker boom.