Most successful games will run on the same day at the same time consistently. This is better for everyone. Players know when show up, dealers make themselves available, and you earn a reputation for having a good game. As much as everyone loves consistency, don’t try to host a game at 6:00 pm on Christmas Day. Even if you have never missed a Saturday night game, December 25th is a fine time to miss. Most people are done with their holiday plans by December 27th, so don’t shy away from moving your game a few days before or after major holidays. 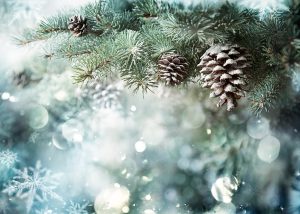 2. If You Say You’re Running a Game, it Better Run

DO NOT send your players the invitation text if you aren’t certain the game will run. The worst thing you can do is have two or three players show up just to leave without playing. Those players will forever question if your game is really going to run and may not come back at all. Instead of the mass invitation text, reach out to your friends and consistent players first to get a feel for your base turnout. If you don’t know for a fact you can run the game, tell everyone it is canceled for the holidays. While canceling a game is certainly not ideal, it is much better than having people show up and sit around for a couple of hours waiting for enough players to start. This is a perfect time to call in a favor to your closest friends, or even stake a few players you know just to make sure the game gets going.

If you are consistently making money from your game, consider doing what many brick and mortar venues, as well as online sites, do and run some promotions to entice players over the holidays, even if it means breaking even or losing money for the night. Casinos and sportsbooks are well known for this. Check out this Bovada review, for instance.

I have seen poker rooms and sites offer rake-free play for the first hour, high hands paid hourly, or splash pots to draw in players. Most casino poker rooms will run some sort of high hand promotion once a month, and that is always the busiest day. If you need to lose a few hundred dollars by putting on a promotion, it is worth it in the long run. Not only will it help get a game running during the holiday season, but the players will be grateful for your generosity and will likely want to come back and bring friends. 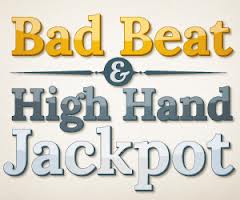 There are some great options for hosting a private game online enabling your players to play from their computer or even their cell phone. While it may be difficult during the holidays to find people to sit at a poker table all night, most players will be able to jump into an online game while fulfilling their family obligations. A very popular home game that I played in LA runs bi-weekly online games during the second half of December, and they are a massive success. The games are just as good online as they are live, and online play eliminates the need for a large time commitment. Plus, who doesn’t want a distraction from their in-laws?

If you are running a home game, you likely know other game runners in your area. Reach out to any that you know well and offer to combine games. While you may typically get 10-15 players to show up for your games, you may get half or even less during the holiday season. If you know and trust another game runner, offer to combine games for a few weeks. Between both player pools, you should be able to get some games running. If you’re lucky, you may even get two tables, which will cement you as a great game runner. After all, the players don’t need to know you are combining with another runner.

While the aforementioned options may not seem appealing if you’re used to running a successful game on your own, it is better than losing your rhythm in December. Countless games try to run during the holidays, are unsuccessful, and never get their players back come January. If you follow these tips, you’ll be sure to have very happy holidays.