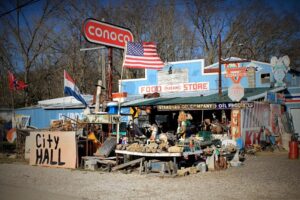 We’ve often heard that it is important for poker players to have passions outside of the game. This helps keep them grounded and gives them a break from the daily grind. As I noted when Robbie interviewed me, one of my own hobbies/passions outside of poker is antiquing.

For those of you with images of American Pickers, it sometimes is a bit like that. I don’t usually go crawling in barns or under houses, but I have often been through lifetime collections and have traveled the backroads of Virginia (where I live) looking for items to sell online or in my antique booth.

As I began to spend more time antiquing, I realized that certain poker skills translated well into the world of picking and dealing in antiques. In this article, I will share areas where skills learned from poker also work well in the world of antiquing.

There’s always something new to learn in antiquing and it’s impossible to be knowledgeable in all aspects of antiques. That said, the more you know, the better items you will find and the more money you will make.

Like in poker, you want to broaden your horizons as much as possible so that when you come across that Victorian mirror that’s stuck behind the workbench full of antique tools, you know to try and pick it up.

By the same token, you also need to be knowledgeable regarding what items are not that valuable or don’t sell well. Just because an item is an “antique” doesn’t mean that people are going to give you a ton of money for it. There are some items that have such a narrow market that they will never sell except to that one perfect person. Unless you know who that perfect person is, you have to stay away from these types of items.

Just as in poker, the more you learn in antiquing, the more you will earn. Eventually you learn which items to buy in order to resell quickly and which ones will sell for a higher-than-average profit. It takes time and dedication but, like in poker, your profits will increase over time.

When conducting negotiations to either buy items or sell them, the ability to read a person is extremely helpful. Much like reading an opponent in poker, you can pick up on clues that tell you how interested they are in buying or if they really know what they’re trying to sell you.

This is one area where you should channel your inner Daniel Negreanu, talk with folks about the items and see what you can glean from them. A person who has a past connection with an item you’re selling is often going to pay what you’re asking with little negotiation. On the flip side, a person who is looking over your item and pointing out every flaw is likely another reseller or a cheapskate that is looking to get something for next to nothing.

When buying, you can learn about the item and whether the person has an idea of what they are selling. If you’re at a “garage/yard sale” and the person is trying to raise money to send their kids to football camp, they aren’t going to be asking crazy prices for their stuff. However, if you’re standing in Granny McFee’s courtyard and she has everything lined up in perfect order and is telling you how much an item sold for in 1984, expect to pay up.

3. Being a Specialist Can Be Limiting 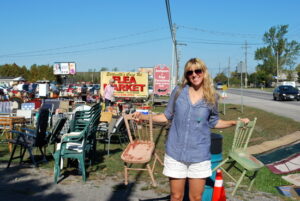 Too many poker players to count have revealed that they used to be six-max or heads-up specialists on a particular online poker site but then the games dried up and they had to move onto another site. Some have chosen to play less poker or walk away from the game entirely because their bread and butter specialty no longer provided ample action to support their lifestyle.

In antiquing, it is often a bad idea to overly depend on one market segment. It is OK to have a specialty, but you need to be dealing in other types of items as well. If you talk to certain dealers, they will tell you that they specialize in furniture or in primitives but they often make their booth rent off of certain secondary items.

Personally, I have dealt a lot with silver-plated flatware and that’s one of my specialties. However, I deal in various items ranging from old toys to old electronics, patches, jewelry, and pretty much whatever else I can sell.

On my Ebay site, my best seller for my first two years in reselling was old Schrade knife sets. Most of them I purchased in the $75–$100 range and I ended up selling them for $400 a set. On the other hand, there weren’t too many of those sets on the market, so I had to find other items to pick up the slack.

4. Find the Best Spot to Sell

If you’re looking to maximize your profits, you have to find the best spots to sell your antiques. This is similar to finding online casinos with the best payouts or poker rooms with the most action.

Just like room/table selection in the poker world, in antiquing you will find out some of the best spots to sell via word of mouth. Ask around to find out where antique dealers are making the most money. You will also want to speak with any collectors you know to see where they are finding the best deals or discover the places they frequent.

Furthermore, just like in poker, you might have to sell in several different places. Poker players know that certain online sites are better for certain games. For instance, you might be able to find plenty of Omaha or Hold’em action in one spot, but mixed games may be non-existent.

Antique dealers often know which items will and won’t sell in particular areas. For example, I don’t even bother listing certain Avon bottles or whiskey decanters on certain online sites because they just won’t sell. However, I have one booth about 90 minutes from my house where I regularly sell Avon bottles and another spot where I’m never able to hold onto certain decanters for very long. It’s all about knowing your market.

5. Have a Mentor or a Coach

If you’re playing poker with any degree of seriousness or have aspirations of becoming a pro, then you have probably considered hiring a poker coach. Others among you may have a poker mentor who you can go to for help or guidance with your game.

The world of antiques is very similar in that many successful dealers either have mentors or friends who they can call upon for help in certain situations. Personally, there’s one lady in particular who I used to call on frequently when I first started dealing in silver plated items. She would give me all kinds of information and advice. Nowadays I tend to only call upon her talents when I run across a particularly unusual item.

I also have other friends who I can talk to if I have a question about furniture, advertising signs, coins, and toys. One difference between poker and antiquing is that most mentors don’t expect any type of remuneration in exchange for their knowledge. In all honesty, some get a thrill out of sharing their knowledge or are happy to find a like-minded soul with whom to share their skills.

Having a mentor or coach can make sometimes be the difference between making a bad purchase or walking away. Moreover, just like in poker, mentors/coaches can also help you maximize your profit; in poker when you’re not sure what the right play is in particular situations and in antiquing when you’re unsure of a particular item’s value (or specific value in a particular locale).

James Guill started his poker career playing semi-professionally from 2006 to 2008. In 2008, a colleague suggested he try his hand at poker writing and the rest was history. Since 2008, James has written for numerous publications including PokerNews, PokerUpdate, Ivey Poker, PokerJunkie, PokerListings and PokerNews Australia.

James also spent several years providing content for sites run by the Ongame Network and bwin. He brings a wide variety of poker knowledge to Cardplayer Lifestyle along with a twisted sense of humor that one needs to survive in this industry. Follow James on Twitter @compncards.