3 Tips for How to Not Get Disqualified from Poker Tournaments

With the exception of underage players or collusion, you seldom hear of players getting disqualified from poker tournaments in live online casinos. However, it is an occasional occurrence that happens in live poker rooms. 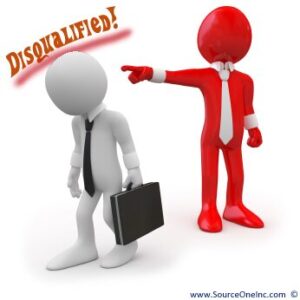 In fact, we tend to hear of at least one or two players kicked out of high profile events every year for breaking the rules or committing an egregious offense. Today, I present you with three ways to keep from getting kicked out of live poker tournaments along with some stories from the few times I’ve seen players get the axe in live events.

Don’t Cuss Out the Tournament Director

It is generally a good idea to watch your language at the poker table, but you definitely shouldn’t cuss the Tournament Director (TD), especially not after he just made a ruling. Back in 2006, I was playing an Omaha Hi-Lo Event at Winning O’ The Green in Las Vegas and John Bonetti was at my direct left for almost the entire time.

I say almost because he was “asked to leave” at one point for his conduct. Anyone who knows about John knows he was a dealer abuser and this night was no exception. The first TD didn’t do a lot other than warn John, but then we finally got a no-nonsense type of TD that had a zero-tolerance policy for bullshit. 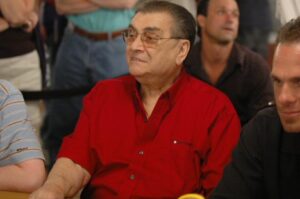 When he came on shift and a dealer complained about John’s antics, he gave John a warning and said “if I hear from you again, you are gone.” John looks at me and says “can you believe this f***ing guy?” and looks at the TD.

The eyes of this TD went ablaze and he immediately threw John out of the tournament. He thought that John had looked at him and said “F*** you!” John demanded the floor manager be called, but that was a waste of time as this guy knew John’s reputation. Amazingly, they only kicked him out of the tournament and not out of the casino.

You want to complain? Fine. You feel you need to cuss a blue streak? Fine, but you will probably get a penalty. Just don’t cuss the TD or you will be disqualified, hit the rail, and maybe the parking lot.

The only thing that should be in your water bottle at the poker tables is water, or some type of consumable liquid. (Don’t even go there.) If you must release your bodily fluids, please go elsewhere to do so… and wash your danged hands afterwards!

My thoughts on my lunge bet with @bp22 and my DQ from PCA Main. https://t.co/yBCtJBVGTn

A guy was almost disqualified from a Limit Hold’em event at the Bike a few years back because someone was accusing him of “pleasuring” himself at the table. In his accuser’s defense, what he was doing definitely didn’t look appropriate. During the third time (yes, this happened three times), someone finally yelled to the tournament director and said in a very loud voice “tell this guy to quick jerking off at the table.” 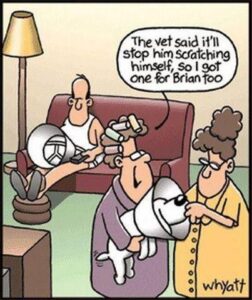 The guy stood up immediately and showed that his pants were not undone but rather that he was scratching himself. I give the TD all the credit in the world for the way he handled it. He looked at the guy and told him that from that point on, he had to go outside or to the bathroom and take care of his issue or he would be asked to leave. “And also be sure to wash your hands when you get back. We have hand sanitizer too at the desk, just ask for it. Nobody wants your hands on the cards after you’ve scratched.”

The guy had to excuse himself four more times during the event, but at least he used hand sanitizer afterwards.

Don’t Steal Chips or Put Chips in Your Pocket 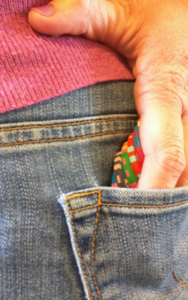 While this may sound silly, there is a good reason behind this. It is to protect against players who might try to illegally introduce chips into a tournament. Amazingly, I have seen this scheme tried in a low-level tournament in Las Vegas.

Back in 2007, I was playing a late night poker tournament at the Riviera and after about the 6th level the action was stopped and we were all forced to leave the tournament area. In fact, the break took so long that some of us went over to play at the $2-$4 Limit Hold’em game that was running.

After about 90 minutes, the tournament resumed and we noticed that one of the chip leaders was no longer with us. It turned out that this person had introduced tournament chips into the game that he didn’t win.

How did he get them? We found out that he had been pocketing one to two chips a night during one of the small tournaments and saving them for a tournament where he could introduce them and try to win.

He deemed this particular event worthy of trying his scam. The player wasn’t that bright because he increased his stack from 4,500 to over 20,000 during the break. The offending player was kicked out of the casino and banned for life. He spent around two weeks devising the scheme and was busted the first time trying to cash in – on an event with a top prize of a little under $1,000.

One thing I’ve learned over the years is that just about anything that can happen in poker will happen at one point or another. Things that seem like common sense ultimately become gentle reminders for poker players.

It’s a lot like warning labels on certain products. Most of us wouldn’t think to use a hair dryer in the shower, but someone along the line thought they could get ready faster by doing so. Now, there’s a warning label for that. Think of the above examples as warning labels for live poker tournaments.

Two types of strategies that poker player can use against their opponents is .
1. Avoid confrontation with your opponent
2. Get aggressive against your opponent