3 Things Regulators Should Finally Get Straight About Poker

Betting, poker, and casino games – these three are (unfortunately) considered three faces of the same coin, referred to by the collective name “gambling”. While there are some differences between how the companies offering these services are treated by the authorities, for the general public, they still remain different aspects of the same business; a “sin business” similar to alcohol, adult topics, and tobacco. Still, just as there is a difference between enjoying a nice glass of pinot noir with a nice on-skin roasted salmon and getting trashed after downing a bottle of booze, playing a few hands of online poker and spending the night playing the slots in Vegas are two very different things. There are three major differences between the two businesses – poker and casinos – that need to be pointed out: profits, skills, and online play. 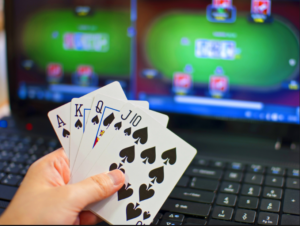 Let’s start with an example from online play. There are millions of people involved with online “gambling” who play video poker at redflushcasino.com, place an occasional bet on a football game or play a few hands of online poker. As you might expect, the online variants of these are often more “casual” than placing bets in a land-based casino. After all, neither Red Flush nor any other online casino can possibly recreate on a computer screen the atmosphere of playing poker face-to-face with other people. For most people, playing at Red Flush or any other online casino is simply a form of quick and highly casual online entertainment. According to a Harvard study, online casino players play irregularly and for small amounts, as opposed to the high-rollers you often come across in Vegas and Macao. The same goes for poker: the overwhelming majority of online poker players are “recreational”, only playing sporadically, and for small stakes.

Opponents of online casino and poker regulation like to emphasize how these activities “destroy society”, pushing people into moral and financial ruin. Science contradicts them, though, showing that while playing online gambling games is not quite an innocent pastime (that’s why it’s only available to people of legal age) it’s certainly not the “Devil incarnate” as some would like it to seem.

The Required Skills Are Different

As opposed to casino games, poker does not rely exclusively on luck. Of course, getting dealt a good hand depends on the random order of cards in the deck, but winning a hand depends as much on the cards as on what you do with them. Poker was officially declared a mind sport in 2010 and some have even considered pushing for it to become an Olympic sport, much like chess. How could a game of chance – one that belongs to the “gambling” category – progress this far?

This is a sensitive area for regulators and operators alike: the profits companies make on “gambling”. Obviously, casinos are more profitable than online poker rooms – after all, any cash lost by the player is gained by the operator. Poker rooms, by contrast, only make money via the rake (a percentage of the pot in any given hand, or tournament entry fee), which is proportionally far less than what casinos gain. Does it seem fair for these two to be included in the same tax regime?

In short, there are many reasons why poker doesn’t belong to the “gambling” category; reasons that authorities and regulators should keep in mind when deciding how to create a legal framework. Of foremost importance is differentiating between games of chance and games of skill.