With all due respect to the ongoing Aussie Millions and World Poker Tour Borgata tournament series, the news item that seems to have gotten the biggest buzz in the poker world over the last couple days has been the announcement of the nominees for the inaugural American Poker Awards. The brainchild of Alex Dreyfus, owner of the ever-growing poker empire that is the Global Poker Index (GPI) Network, the American Poker Awards will be immediately preceded by the first-ever Global Poker Conference, with both being held on February 27th in Beverly Hills. While there’s still a month until the events take place, I believe they can already be considered a success for a number of reasons.

Here, then, are three things that the Global Poker Index’s American Poker Awards has accomplished:

As much as the poker boom gave birth to the successful careers of thousands of professional players, it also helped catapult a fledgling industry into full bloom. Poker media outlets multiplied, land-based poker rooms sprouted seemingly out of nowhere, and numerous poker tours emerged onto the scene to begin staging events.

Over the last decade-plus, the poker industry has of course had plenty of downs as well, but for all it’s been through, only the strongest have endured. Survivors earn the right to be recognized.

The staging of a conference and awards show is proof positive that the poker industry as a whole has “truly made it” and is here to stay.

2) Unification of the poker industry

Seeing industry competitors openly acknowledge one another is pretty rare. After all, Coke never mentions Pepsi in their ads, right?

In the poker world, the same holds true for the most part, with competing media outlets seldom, if ever, linking to each others’ stories/articles or sharing them on social media. Similarly, and unfortunately, leading tournament poker series have often overlapped with one another in the past, forcing players to choose (thus thinning potential fields) and diluting the potential media coverage. 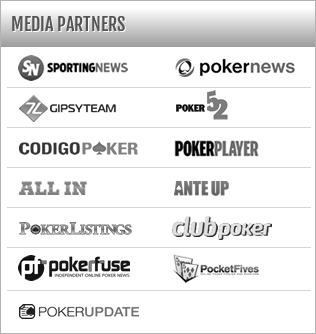 While competition is indeed a healthy thing, as a poker fan it’s heartwarming to see that the GPI Network has managed to do the previously impossible and unify the industry, even if only for one day. When you get right down to it, everyone in this business works to promote poker and we all want to see the game grow.

That the GPI Network has established partnerships with nearly every leading poker media outlet and that representatives from across the entire industry spectrum will be attending the conference and awards ceremony is deserving of a standing ovation.

3) Motivates everyone in the poker industry to work harder

Who doesn’t like seeing their name in lights? Who wouldn’t love to have “award winner” tacked on to their professional accomplishments? It’s an accolade that cannot be taken away.

When the names of the nominees were released, Twitter practically erupted with congratulatory messages.

With that said, I’m sure many people reading the news also had a second, concurrent reaction, namely hoping that they/their work could someday be recognized as well.

As a natural consequence of this, I foresee everyone in poker redoubling their efforts and commitments to their work. Much like every actor covets an Oscar, the GPI Network has given us all something concrete to strive towards.

While heaps of praise are being and will continue to be piled upon Alex Dreyfus for his entrepreneurial vision for growing poker, he’d be the first to tell you that no one person could make the American Poker Awards and Global Poker Conference happen on their own.

Alex employs a crack team of professionals who are undoubtedly working their tails off right now. Whether it’s online content generation, social media promotion, booking of venues, liaising with on-site staff, recruiting speakers for the conference, or any one of hundreds of other more minor issues I probably can’t even begin to imagine, the great people on Alex’s team are quietly making sure everything runs smoothly and goes off without a hitch.

So, I’ll just end off with a salute to everyone working at the GPI Network – thanks for giving our entire industry something to cheer about and be proud of.