3 Great Future Destinations for the World Series of Poker Europe

The 2013 World Series of Poker Europe (WSOPE) was staged at Enghien-les-Bains, near Paris in France. The casino hosted 8 gold bracelet events earlier this month, with the most notable winner being Daniel Negreanu, who snagged his 6th bracelet after emerging victorious in the €25k High Roller event. About 5 miles outside the French capital, the 100 year-old casino provided a superb lakeside setting for one of the biggest tournament events on the poker calendar.

Everyone who plays in WSOPE events knows how fun it is to be able to also log in and play online poker as well as even play online casino games in between the live events. Whereas you can now do so at the WSOP in Las Vegas as well, with Nevada having legalized it, the experience still doesn’t compare to being able to log on to gambling sites with tens of thousands of active players. Ah, the beauty of Europe…

Anyhow, the WSOPE was first held in London, back in 2007, before moving on to Cannes in 2011, and it was held near Paris this year. But where could it move to in the future? In this poker blog post we’ll take a look at three alternative European locations – each with its own strong historical reasons for providing an excellent setting for this hugely important poker tournament series.

The Czech capital of Prague has an obviously strong case to host the WSOPE. There is a huge amount of interest today in poker in this beautiful central European city, generated in part by the annual Prague Poker Festival staged in the Czech Republic’s world-renowned Card Casino. Space-wise, the place is definitely large enough to accommodate the WSOPE, which draws similar numbers generally speaking.

The Prague Poker Festival is now in its third year and it just keeps getting bigger and better. It sees over 2 weeks of fast-paced poker (held from December 5-22 this year). Many well-known pros attend the festival and have echoed great praise for the city and for playing poker there. 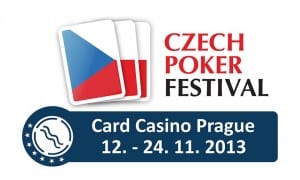 In a city already embracing the great game, it wouldn’t be too much of a quantum leap to see a future World Series of Poker Europe being staged.

How about Baden in Switzerland? The Swiss are renowned for their love of hosting other people’s money – so a move to the land of yodellers would make a lot of sense. Baden is a beautiful town in the Swiss canton of Aargau, on the banks of the river Limmat in German-speaking Switzerland, just over 15 miles northwest of Zürich. 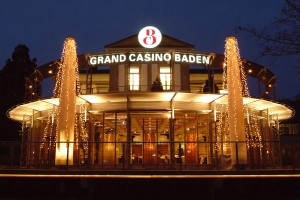 Within Switzerland, Baden is the city with the greatest historical association with poker. Casino Baden already has experience hosting top-tier tournament event series like the European Poker Championships and the CAPT (Casinos Austria Poker Tour) Final so, again, it’s not that big a jump for them to host the World Series of Poker Europe.

Finally, how about one of the world’s most beautiful cities, Barcelona? The Catalan capital of course hosted the 1992 Olympics so it’s well-prepared to holding events on a massive scale and doing them justice. What’s more, the city is also the home of one of the world’s most thrilling soccer (I know, I know… “football”…) teams and generally vibrant cultures, which would definitely add some extra buzz in the air fir a WSOPE if it were to be held there. 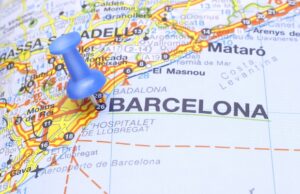 The European Poker Tour stops in Barcelona each year and there has been a huge upsurge of interest in poker there as a result. As one of Europe’s most picturesque cities (PokerStars is doing a huge team pro photo shoot there this week, and for good reason) hosting the World Series of Poker Europe in autumn with amazing Barcelona weather is the icing on the cake.

Which of these 3 cities do you think should be the frontrunner to host the WSOPE in the future? Should it stay rooted near Paris? Would a different European city be a better choice? Let us know your thoughts in the comments section below or on our Facebook page.