3 Facts about Poker Bots That You Should Know

Do poker bots exist, and should you worry about them? For some time now, this has been one of the burning questions in the poker community. While the first part of the question is already answered, there is still a debate on how big of a danger these automated players could cause to online poker.

Bots have been present for almost as long as online poker itself, and if you are interested to learn more, I advise you to check out what poker bots evolution looks like.

The idea of being able to turn on your computer and run software that virtually “prints” money without you having to do a thing sounds like a dream come true. Having a bot that knows how to play good poker is as close as you can get to that dream, so it’s hardly a surprise people have been working on developing poker AI for years.

Working on it and actually doing it are two different things, though. Poker bots have certainly come a long way since those early days, but what does that mean practically speaking? Hopefully, these facts will help you get a better idea of the state of poker AI in 2020. 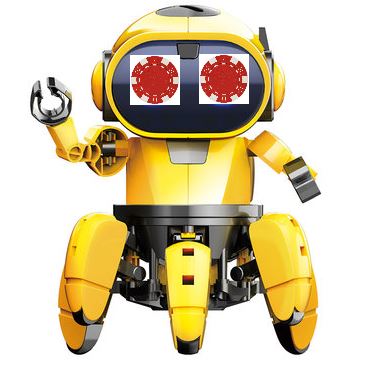 Although No-Limit Hold’em is by far the most popular poker variant, it’s not the one scientists used when they first started working on a poker-playing AI. Instead, they opted for Limit Hold’em, a simpler game that has a much more limited and defined betting structure.

The first poker bot to beat human players in heads up Limit Hold’em (LHE) was called Cepheus. It was unveiled in 2015, and it was capable of playing a strategy that was close to optimal. Although it wasn’t as effective as top human players against weaker opponents, Cepheus was practically unbeatable.

However, to run properly, this AI required a huge amount of computing power, restricting its use to research labs. The bot basically relied on a vast database containing all possible LHE scenarios, which makes it somewhat primitive, even if rather effective.

For a long time, it was believed that no poker bot could ever beat human players in No-Limit Hold’em. The game is so complex that even many experts were convinced that artificial intelligence could never reach the point where it could make correct decisions based on the limited information that is available in the game.

However, the bot called Libratus challenged this idea when it successfully defeated several top players in heads up matches that took place in 2017.

READ MORE: In Defense of Humanity

Then, in 2019, a brand new poker AI was released under the name of Pluribus. This bot was designed for 6-max games, i.e., capable of playing against multiple opponents. Although many were skeptical about the success of this project, Pluribus proved them wrong. It managed to beat a number of top-ranked human opponents over a decent hand sample, which left no questions about the software’s potential.

Pluribus represents the latest development in the poker AI niche, but it’s likely scientists are working on further improvements behind closed doors. Their goal isn’t to develop the ultimate poker player, of course. They believe an AI capable of making decisions in this type of environment could be very useful in many different walks of life, including military, medicine, finance, and more, but that still creates a threat for poker players.

NEW: The much heralded @facebookai‘s success at 6-handed Hold’em inspired me to write this op-ed.

The machines might be taking over, but we humans have plenty of poker left to play. You’ve just got to practice the right game selection. 😀https://t.co/XKA64EatPm

Bots are found more in cash games than in tournaments

There is no denying that poker bots exist and are unfortunately present in modern online games. Players have proven their existence using statistical analysis and coming up with results that just don’t fit human behavior regardless of how good they are at poker. Knowing this, you should consider the security and safety of poker rooms when choosing where to play, and thebestpokersitesonline.com can assist you with that.

For the most part, these bots are present in cash games. The nature of cash games is much better-suited for bots as the variance is lower, and changes in stack depth aren’t nearly as volatile. So, those pulling the strings behind their screens prefer to let their bots run free in this environment.

Tournaments are still quite bot-free as far as we know it. This doesn’t mean you won’t come across some of them in MTTs, of course, but in much smaller numbers. So, at least at this point in time, it is cash game players who should be more concerned about the presence of bots.

This isn’t to say that bots have taken over online games, of course, but keeping your eyes open for any unusual activities is a good idea. If you find someone playing an unrealistic number of tables, sticking to extraordinarily long sessions and always making perfect decisions, that could be a sign to stop playing immediately.

Thankfully, many of the top online poker site, like PokerStars, invest heavily in game integrity and ensuring bots get caught. As such, you can trust that the reputable sites have your best interests in mind, but you should still keep your wits about you.