A record 593 players paid the €10,400 it cost to buy in to the 2011 World Series of Poker Europe Main Event, which started on October 15th. A total prize pool of almost €5.7 million meant the winner would take home €1.4 million. The man holding that check at the end of the tournament: Elio Fox. The American poker pro became the 5th champion in the WSOPE’s history, following in the footsteps of Annette Obrestad, John Juanda, Barry Shulman, and James Bord. 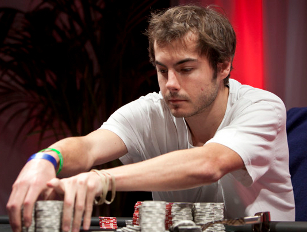 Fox entered the final table with the chip lead and had almost twice as many chips as eventual runner up Chris Moorman upon the start of heads up play for the title. Though Moorman put up a valiant effort, it took just a little over an hour for Fox to dispose of the 25-year-old Brit, with his A-10 holding up against Moorman’s A-7 in the final hand.

Incredibly, 2 players who reached the final table, Moorman and Shawn Buchanan (6th place, WSOPE Event #5 runner up) had an opportunity to claim the lead in the 2011 WSOP Player of the Year race (POY) with a win. Fox’s victory, however, means that Phil Hellmuth still retains the overall POY lead over Ben Lamb. Lamb still has a chance to claim the Player of the Year title depending on his finish at the WSOP Main Event, where he is one of this year’s November Nine.

Prior to this year’s WSOPE Main Event, the largest number of entrants had been 362, denoting an over 60% attendance increase. This year’s Main Event prize pool also made it the richest poker tournament ever contested in France. Other well known players among the 64 who cashed in the Main Event included Patrik Antonius, Erik Seidel, Tony G, Liv Boeree, Freddy Deeb, Barny Boatman, and Victor Ramdin.