WSOP introduces voting for the TOC

Each time the World Series of Poker Tournament of Champions has been held, it’s been an amazing event. With the concept having been originated by the legendary poker ambassador and Hall of Famer Mike Sexton, the WSOP TOC always sees poker’s greatest players battle it out for the prestigious title. Aside for the chance to increase visibility and their bankrolls, one of the nice benefits for whoever gets a chance to play in the TOC is that they’re freerolling! It isn’t often that players of this stature get to try and win money without putting down any of their own…

Typically, all the money in prize pools is fronted by players themselves — the poker industry has historically struggled (compared to others) when it comes to getting sponsors to add money to prize pools for players to compete for. So when there’s “added money” that’s a situation where the sharks are licking their chops! 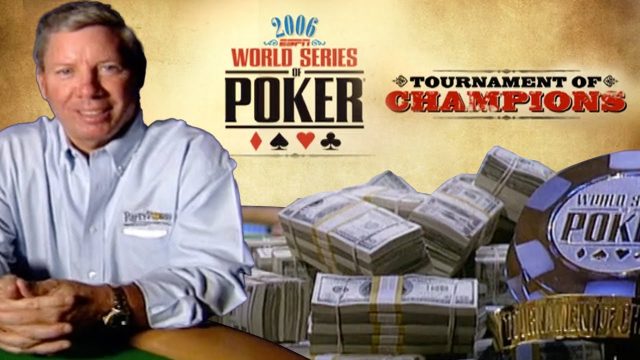 In the past, participants had to either be invited to participate in the exclusive event or win their seat. This year, however, there’s a BIG change! For the first time ever, we, the poker fans, can vote who we want to see into the event! I have to applaud this move, as it’ll naturally increase direct fan engagement, which is something we all crave beyond just watching our favorite players compete and following their successes at the felt.

While there are still a couple “sponsor exemptions” and some automatic berths for past TOC and WSOP champions, fans get to decide which players will fill 20 of the 27 spots in the field. Much like the fan voting for the NBA’s All Star Game, fan voting for poker’s Tournament of Champions could only increase interest and the event’s popularity. What’s for sure is that we’ll be delighted to see three full tables of poker’s finest competing for what could perhaps be termed the “honor of honors” at the game’s most prestigious event series.

There is one stipulation, however: To be eligible to be voted in to the event, a poker player must have won at least one WSOP bracelet. To the disappointment of many, this means that the likes of Tom Dwan, Andy Bloch, Patrik Antonius, and other highly talented, popular poker professionals are automatically excluded.

Almost surely, the most recognizable faces and names in the poker industry will be voted in. We should expect to see players like Doyle Brunson, Phil Hellmuth, Chris Moneymaker, Johnny Chan, Phil Ivey, Dan Harrington, and Daniel Negreanu playing.

If you visit the correct page on the WSOP website, you’ll be able to cast your vote for whomever you feel is most deserving of an entry into this one of a kind, prestigious poker tournament. You’ll have until June 15 to select your pick. Of course it’s just one vote per person. The event will be broadcast on ESPN on August 3rd. I, for one, can’t wait to see who’s playing and who will win.