Why Slow Rolling Isn’t Funny, and 3 Reasons to Avoid It

While slow rolling is not one of the newest poker terms, some players pretend not to know what it means or couldn’t care less about its implications. They seem to think that slow rolling is just hilarious.

They’ll take forever to turn over their cards only to show the nuts after giving you false hope you were winning. And, to add insult to injury, they’ll even start laughing about it as if you were somehow supposed to find it just as amusing. 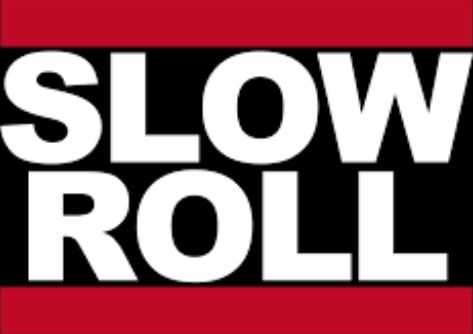 While it may be fine to do it among friends in a home game occasionally, this isn’t a practice condoned by a large majority of the poker community. Of course, there will always be that one guy in your game who doesn’t care about proper etiquette, and there isn’t much you can do about it. What you can do, though, is not be that person.

If you’re still not convinced and don’t see anything wrong with the practice, here’s the list of top three reasons why slow rolling isn’t funny and why you should avoid it.

A slow roll in poker only happens in live games, because it’s not really technically possible to do it online. As you probably know, live poker is pretty slow as it is. Depending on the dealer and how active the table is, you might see around 30 hands per hour at most (vs. far more than that online).

That’s assuming everyone acts quickly and in an orderly fashion.

A slow roller will often steal a couple minutes (or more) just to amuse themselves. Even if we disregard the fact it’s rude towards the player(s) involved in the hand, it’s also simply rude to everyone else at the table. They’re all there to play poker and they won’t get to see as many hands as they should per hour because of someone’s inability to follow the rules of proper poker table etiquette.

When it’s time for a showdown, just turn over your cards. There is no reason to keep your holdings hidden when you know you’re winning. Turn them over, rake in the pot, throw out a tip, and keep things moving.

Poker is an emotional game, and most people aren’t cold-blooded pros. Many players hit the tables just to have a good time or forget about other worldly concerns. Some of them are just gamblers looking to get lucky. At almost every poker table you join, you’ll find a colorful palette of characters.

Some of these people will take your attempt to be “funny” as a personal insult, especially if it’s accompanied by laughter and joking. You never know if that pot you just slow rolled someone out of was super-important to them.

Your actions could cause a lot of drama, and you might find yourself on a receiving end of some ugly insults, or worse. While you could argue that that kind of behavior has no place at a poker table, neither does slow rolling. If you consciously try to provoke someone into reacting, you better be prepared for some the consequences, come what may.

On top of that, your actions might push someone to leave the game, and nobody wants that to happen.

You can easily avoid it all by being a gracious winner. Turn over your hand quickly and take your chips without doing anything else to embarrass your opponent. They’ll likely respect you for it later even if they’re fuming at the moment.

If you’ve been playing poker for any significant amount of time, you’ve probably won at least a few pots at the last possible moment. I’m talking about situations where you’ve misread your hand and while getting ready to muck the cards, you realize that you have a flush or a straight.

Likewise, you’ve probably had this happen to you on occasion.

While this isn’t a “traditional” slow roll, the effect of it is somewhat similar. You basically conceded the pot only to turn over the winning hand at the last moment. Intentionally or not, your opponent likely won’t be thrilled.

To avoid this, always double-check your cards before you muck without announcing your action unless you are 100% certain. Take a couple of extra seconds to give the board one last glance and compare it to your whole cards if there is any doubt.

And if this does happen, apologize sincerely to your opponent (or accept a sincere apology from the other player if it happens to you). This type of slow roll is not too big of a deal since there was no intention. It’s a mistake that can happen to anyone and most players won’t hold it over your head.