What the Flop? | Where’s My Bravo Poker Dating App?

I had decided a great first date idea was to meet at the Commerce, that way I could at the very least get some cards in, which I knew I would enjoy, whereas the date was a crap shoot. (The answer’s NO, that is not a good idea, Christina.) After all, as the world’s largest brick and mortar poker room. Anyhow, he sat down at my table, hugged me and proceeded to buy in while telling me what higher stakes he usually played. In the course of our “date”, he ended up repeating this about five times, told me his grandparents took out a marker every week at the Commerce, proceeded to lose all his money, hit the table, get up and also hit the ATM, continue to play and lose. I’d offered to get up and have us go somewhere else, but I think the date sunk with his bankroll.

A recent tweet Vanessa Kade, a prominent poker player and personal hero after she changed her pic to one of a garden hoe, posited the question of how to date in the poker community.

Who would you date if you were us?

It got me to thinking about my past attempts to date within the poker sphere. I’d been married to someone for a long time that supported my poker playing whatever hours or framework that it involved, so I was blissfully unaware of how hard a match that is when I became single.

I’d once dated a sheriff who also loved to play poker. We’d met in Laughlin playing at the Colorado Belle for about 12 hours. (One of my longest sessions — I’m a lightweight when it comes to hours in the seat and I am also a fan of going to bed lightyears earlier than most players.) He was hot, in a uniformed sort of way. (He was the type to feel like he was always in uniform even when he wasn’t-the high and tight haircut also lent to that.) And, if any of you have played in Laughlin, you know what a, let’s say, “rare” thing it is to be staring at someone hot deep into the hours of the night playing lower limit poker. I used to watch the attractive men at the Commerce walk to the back of the room and play No Limit, which seems to be where you can find them. If I was playing though, I normally was enjoying myself too much to follow.

The sheriff ended up being escorted out by security after his session. You’d think I’d see the huge red flag along with his red face (enabled by the Laughlin weather), but noooooo. I still dated him when I got home and introduced him to my favorite diner. So now I’ve learned not to introduce dates to your favorite card club as a communal place, or your favorite place to eat French toast after you play a particularly fun session. I don’t need a hot red face with my breakfast for dinner.

It’s hard to not fall prey to that instantaneous intimacy with fellow poker players or people in the poker community. It’s such a love in our lives, one we can’t really share or explain to people outside it. (Again, when I’m working with Poker PROductions during the WSOP and post pictures, most of my family doesn’t quite know what to do. If I post a leaf on a sidewalk, Likes abound.) There’s something especially sexy about being surrounded by thousands of like-minded people, nomadic souls that you’re capturing for a brief period of time.

I once dated someone who was extremely successful in his own right, but whenever I would play cards he’d text me repeatedly asking me why I had to play so long. I told him to go play golf or do whatever made him happy while I made myself happy. I realize now, the thought of your girlfriend wanting to play hours upon hours of poker with about a 96% ratio of men to women, ehhhhh, may be a stretch. 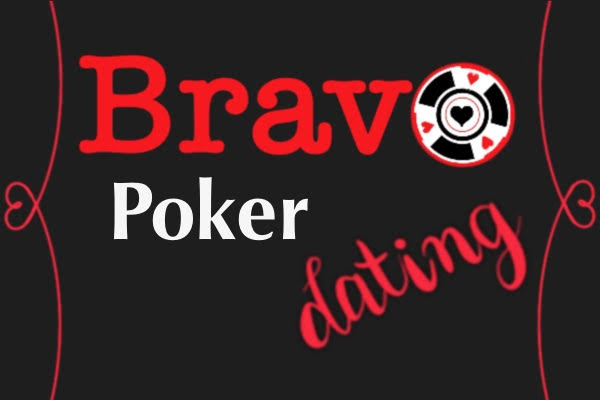 If we can have the Bravo App telling us what games are being spread in every poker room, exactly how far away, you’d think it’d be easier to find a partner within our village! Then I thought about what my Bravo Dating App parameters would be:

I know, I killed it with 10pm. I think for me, having someone that respects me and wants what makes me happy, facilitates that and I do the same for them is the dream or goal. Until then, I’m happy listening to Ludacris and waiting until I’m comfortable playing my next live poker session, because in this year that’s the true wish.