Your own mind is one of the hardest things to master in tournament poker. Staying mentally sharp, maintaining focus, and keeping tilt to an absolute minimum are very important, but hard to write about. That is why there are so many strategy books and poker training sites, yet so few that deal with these issues. I have learned a ton from the few books that have been written on the subject, most notably those by my friend Dr. Al Schoonmaker. If these tips are helpful, go read Al’s books. He knows a lot more about the subject than I ever will. 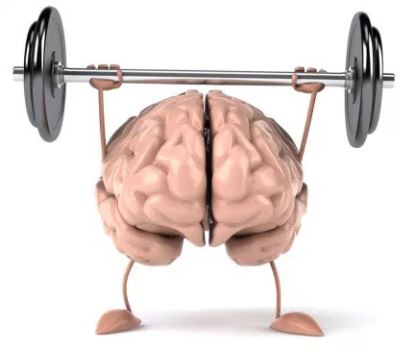 Let’s start with staying mentally tough over a long day of tournament poker. It can be a grind and your stack will almost certainly be up and down. As the blinds and the pressure increase, you get tired and worn out. The chemicals in your brain that are used for processing can reduce in potency and study after study shows that at the end of the day your IQ drops quickly.

If you aren’t getting enough sleep before a tournament, you are already putting yourself at a big disadvantage. Getting five hours of sleep can lower your IQ by more than 10 points right off the bat. Later in the day, when you get really tired, things get even worse. But even if you get enough sleep, by the end of the day you just aren’t as sharp as you were mid-day. Mental toughness can help with this, but don’t use it as a substitute for a good night’s sleep.

READ MORE: 5 Reasons Why Getting More Sleep Will Improve Your Poker Game

Many of my students tell me that the best advice I have given them on this is to keep learning and become absolutely certain of the right plays. The better a player you are, the more times finding the correct decision will be easy and the fewer mistakes you will make when you are tired. This isn’t about figuring out the right play, it’s about certainty. No matter how tired you are, you won’t usually raise J2o under the gun unless you really don’t want to play anymore. But what about folding JJ to a three-bet from a tight player? When you are tired or tilted this can be a tough one, but late in the day in a tournament it is often correct.

It helps to have a routine for when you aren’t sharp. I hate to play automatically because you miss out on so many good spots, but it’s better than making big mistakes. Start by asking yourself a few questions when you find yourself in a tough spot late in the day or when you are feeling tilted, angry, sad, or when your emotions may be affecting your play:

You can also force your mind back into the right mode of thinking. Studies many years ago famously showed that counting to 10 when you are angry will help reduce your anger. Further studies over the last 50 years have shown why this works. Various tasks can change the way your brain is working. Drawing brings out the creative side. Listening to sad music brings out more emotional response to all stimuli even if they aren’t negative or sad. And solving logic problems changes your brain waves and puts your brain in “logic mode”. Logic mode is effectively Beast Mode for poker. That’s where you want to be.

After doing some research years ago, I tried a few different logic problems in an attempt to reset my brain. Research shows that the problem should be challenging. But very few things remain challenging once you have solved them enough times. I landed on the Fibonacci sequence starting with the last two cards I was dealt. Doing the Fibonacci sequence until it gets hard to hold the numbers in my head resets my brain quickly and efficiently. And many of my students agree. It works.

Have you heard of the #FibonacciSpiral?

In nature and reality.. the same mathematical patterns repeat. It’s beautiful really, it’s like we live in an encoded dimensional reality.#SacredGeometry #GreatAwakening pic.twitter.com/kISDLrVKyC

This ought to get your brain back into logic mode. If you are recovering from a beat or a frustrating hand, it may be all you need. If you are tired or otherwise not thinking clearly, you may need to do it many times throughout the night.

Another important point about mental toughness. Your mindset at all times should be that you are here to make the best decisions and that no matter what happens, you will never give up and throw away your chips. Tell yourself that you are damn determined to do it right and play your best game, and do not compromise on it. Never punt. Ever. Do not throw your chips in the pot because you gave up. If your chips go in the pot, it’s because that was the best place for them from a place of logical decision making.

This approach, the “never punt” promise to yourself, is also about certainty. You do not go into a tournament thinking that you will try not to punt or tilt away your chips. You go into that tournament knowing that punting is not an option. It’s not a thing you do anymore. Yoda said it best:

Meet Tilty, Then Ignore Him

The part of your brain that craves short term rewards will lie to you. I call him Tilty. I hate his guts. He’s the reason I don’t go to the gym. He’s the worst. He will give you reasons to do the things that will make him happy. This is why opiate addicts have phantom pain when they need a fix. They aren’t always in real pain, but Tilty creates pain. It’s often the first sign of addiction in pain patients. When they don’t have the drugs, the old injury hurts again and it’s an excuse to continue medication that should have been discontinued weeks ago. Tilty is a crafty sucker. 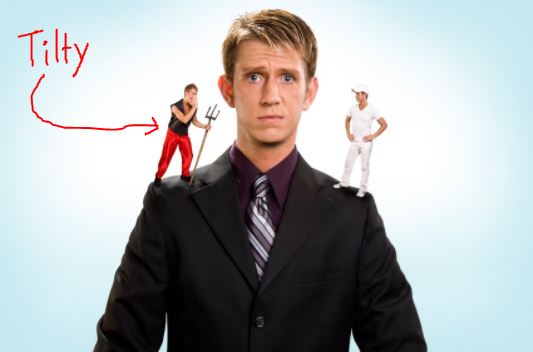 When Tilty wants to go to sleep, he will convince you that you should get all-in and either double up or go home. Because either one is a short term reward for him. When he wants to quit playing poker for some other reason – maybe to get away from a frustrating opponent or to stop taking bad beats that he thinks will never end – he will try to convince you to do something to end the pain. He will encourage bad decisions. And like that phantom pain, it will feel real.

This is why absolute certainty is the key. Tilty can give you reasons to punt. But you don’t punt. It’s just not an option. And he does learn. If you don’t punt, he will eventually stop bothering you about it so often. It will get easier to not punt and never even consider it. So from now on, punting is not an option for you.

Now you have two approaches. When you are tilted or frustrated or tired and not thinking clearly, you can snap yourself back into logical thinking. And when Tilty doesn’t want you to think logically, or he just wants to go home, it doesn’t matter because he doesn’t get a vote anymore. Because you are different now. Losers punt. Unless you want to be a loser, you don’t punt. Ever.

Do yourself a favor and expand on these two ideas. Think about how you can snap yourself back into logical “Beast Mode”. And think about Tilty and how to ignore him. He doesn’t want what is best for you. Tilty is the enemy of good poker. Beat him or you will end up beating yourself.

Love the Fibonacci idea. I’m playing a tournament this afternoon. Going to give it a try.

Glad you liked the article, Heather. Thanks for checking it out! Hope the tips prove useful to you on your pilgrimage 🙂