When I heard that Upswing Poker offers a Mixed Games course, I was naturally skeptical because I don’t remember Doug Polk and Jennifer Harman playing any epic heads-up matches. All kidding aside, you could say I was checking my expectations.

I’ve played mixed games all my life. I grew up playing Stud and Draw games and didn’t even bother to pick up Texas Hold’em until I was in my mid-20s. Even then, I preferred mixed games and only played Hold’em when I had no other viable option.

I know what to look for when I review mixed game material. Often, I come away somewhat underwhelmed. So, when I heard that there were 100+ videos worth of content on mixed games in the Upswing Poker course, my interest was piqued.

Was this going to be 30 hours of legit instruction or a bunch of filler material? Fortunately, what I found was a course that one of the best primers for mixed games that I have seen in a long time.

The instructor of Upswing Poker’s Mixed Game Mastery course is Jake Abdalla, an expert mixed games player who has won over $1.3 million playing online. His course is designed to first introduce you to and then teach you advanced strategies for Razz, Stud, Stud 8, Omaha 8 or Better and Triple Draw (i.e., the majority of variants in the classic 8-game mix). 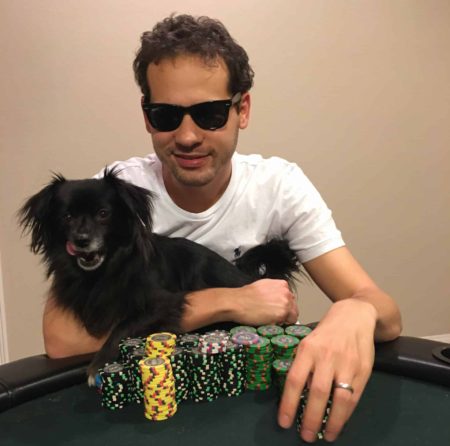 Broken into the five variants, each section of the course begins with the basics of each game then quickly accelerates to advanced concepts. Overall, it’s designed to help you build your game from the bottom up, stressing the importance of both studying as well as playing in order to properly learn and improve.

In approaching the mixed games, Abdalla notes that discussions are centered around ranges and frequencies. Rather than memorizing exact charts, you’ll need to develop the ability to approximate on the fly, get a feel for ranges, and think on your feet. On the one hand, this is of course less precise and technical than PLO and Hold’em, but it is true for your opponents as well.

For the relatively uninitiated, it’s also important to note that all the games discussed and dissected in this course are played with fixed limits, so it will feel different from big bet games (PLO/NLHE). Generally speaking, you’ll need to get used to seeing many more showdowns, simply because you’re priced in so much more often to make the calls.

In addition to playing poker since I was a kid, I’ve also been teaching people how to play various poker games for decades. So when I look at training materials, I see whether a rank beginner can learn the game from scratch.

I like how Abdalla approaches each game, starting with the basics of each game. He approaches the game assuming you have a background in NL Hold’em and a lot of his lingo is reflective of that fact. 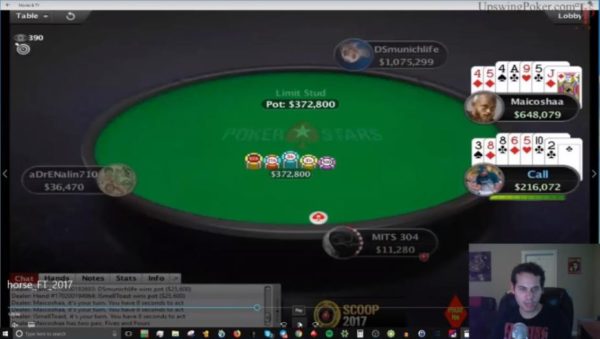 It doesn’t matter whether you have some background in mixed games or not as these tutorials start at the beginning and covers everything from basic rules to starting hands, position, and every fundamental concept you’ll need to get started.

One thing that I wish he did more of is give actual example hands during the introduction of the rules. His opening lessons are mostly lecturing with a copy of the lesson notes on the screen. For some, this is perfectly fine. However, knowing that a large number of people are visual learners, this is an area I think his opening falls short.

With that said, one thing that I like is how he gives a statistical analysis of starting hands. In many games, he breaks down your equity in various hands versus likely hands from other opponents. For those who are a bit more analytical in their approach to the game, this will help show them their edges or lack thereof and possibly save them from playing too many hands early on.

Some trainers tend to get a bit lazy in their approach to mixed games and only cover the topics that are common to each game. While this certainly can give a nice overview, it seldom adequately prepares a player to jump into mixed games.

Abdalla does precisely the opposite. For each game, he has a unique outline and approach that he uses. For example, he has at least three videos on playing each drawing round in Triple Draw in addition to videos regarding pre-draw scenarios, drawing techniques and more. 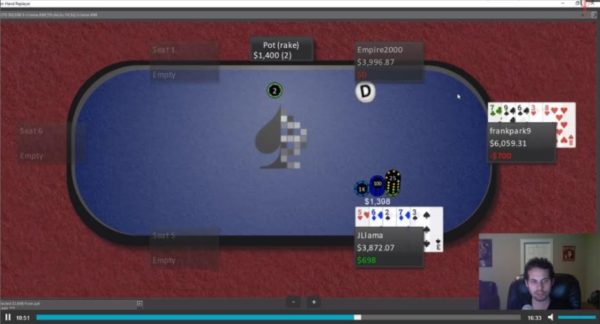 He does the same type of deep dive into each game that he covers. With the sheer amount of material included in each game, this could easily be split up into separate courses on each game.

Though it was clarified from the get-go, I was nonetheless a bit surprised that this course didn’t include and cover Limit Hold’em. A lot of players delving into mixed games for the first time have next to no experience in Limit Hold’em and learn the hard way that merely trying to apply NL strategies to Limit does not work long-term. So, at least in my opinion, there ought to have been that sixth variant covered in this course.

For the Stud games, the rules section needs to be redone a bit because there’s a minor error. Specifically, he says that if two players are tied, he thinks that they a tiebreaker is done by suits. Nope, that’s a chopped pot. If you’re going to teach Stud basics, you need to get the information correct. While some would consider this a nitpicky complaint, I can see a lot of experienced players raising an eyebrow at this.

Then again, how often do Stud players have to know the tiebreaker suits? Most of us only play the game online, and the software automatically determines the bring-in. The same for chopping the pot when two players have the same ranked flush.

Something that I would like to see for usability sake is a more precise definition of video controls. While playing videos, there’s no visible help menu. I just happened to notice a quick tooltip of “click ? for more options” before the video started and that happened to show the controls for the video.

Unfortunately, unless you happen to notice that little tooltip, you’re out of luck finding the controls because there are no additional prompts.

I remember back when I first started playing mixed games seriously and the amount of money spent on buying training materials and playing games live and online. Like many players, I focused on one or two games at a time and probably ended up spending much more than necessary in both time and money to improve.

Jake Abdalla’s mixed games course on Upswing Poker costs $999. On the surface, that sounds a bit steep, but here’s after going through the course myself, I’m beginning to think that it is a bit undervalued. That’s a little less than $200 per game that you’re investing in your poker training.

What you get for your investment is solid instruction in five cornerstone variants of mixed games that will give you a distinct advantage over the average player. The average player is just going to pick up a couple of poker books, maybe read them and then try to grind their way to improvement. Sure, you could do that, or you could go the smart route and spend $999 upfront and get a solid course from a proven player.

On a final note, Abdalla stresses that “Perfect is the Enemy of Good.” This course will not make you a world-class player at every variant; for that you’ll needs thousands of hours of play and additional study. However, Upswing Poker’s Mixed Game Mastery course will make you competitive at a lot of game types, which is precisely where you want to be when playing in a mixed game. Poker is about extracting maximum value, and if you want to gain maximum value in mixed games, then you should consider taking this course.