Top 5 Canadian Poker Players under the Age of 35

When you think about Canada and poker, chances are that the first player you think of is Daniel Negreanu. DNegs isn’t just the most famous Canadian poker player; he might be the most famous poker player in the world, period. But the fact of the matter is Canada has produced quite a few excellent players that may not get the attention they deserve.

So, for this article, I’m doing things differently. I’ll be writing about a few great Canadian poker players without writing about Negreanu. It’ll be about five players under the age of 35 hailing from Canada who have already left quite the mark on the poker world and deserve to be recognized as such. 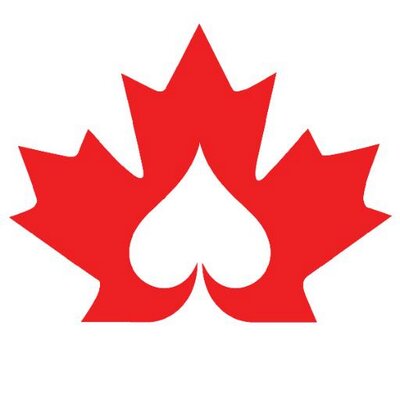 Mike McDonald was born in 1989 in the Canadian town of Waterloo. He got acquainted with poker early on in life and immediately fell in love with the game. When he first got his start playing online, it was under the now quite famous “Timex” moniker, and he was speedily able to amass a $100,000 bankroll.

Bankroll in tow, “Timex” eventually started touring the world playing in big tournaments. His natural talent combined with the love for the game quickly produced great results. In January of 2008, he took down the EPT Dublin Main Event, becoming the youngest-ever EPT winner and pocketing close to $1.4 million.

McDonald has never looked back after this win. He’s been grinding away for over a decade now and has accumulated $13.3 million in live tournament earnings to date. This puts him firmly in the top ten of Canada’s All Time Money List.

Although he hasn’t been too active over the last couple of years (perhaps he’s been keeping busy playing at online casino Canada, sites?), the name Jonathan Duhamel probably rings familiar with many poker fans. Born in 1987 in Quebec, Duhamel was the winner of the 2010 WSOP Main Event. For this feat, he pocketed just shy of $9,000,000 and claimed the title that many poker players spend their entire careers dreaming about.

His success in the Main Event really propelled Duhamel’s career and in the years to follow he’s had a number of notable results, bringing his lifetime earnings to $18 million and putting him firmly in the top five of the Canadian All Time Money list.

There is just one Canadian player who’s won more money playing tournaments than Timothy Adams. With more than $24 million in live earnings, Adams is actually positioned quite high on the global career winnings list, sitting in the 20th position at the time of publication. Born in 1986, he’s compiled quite the stacked resume indeed.

With four seven-figure cashes (two of them in excess of $3 million) and more than two dozen six-figure cashes, he’s certainly done well for himself. Adams is also the proud owner of a WSOP bracelet, which he won back in 2012 after taking down an unusual but tough tournament that featured four-handed play.

Born in 1991, Jaime Staples could easily be deemed the great young hope of poker in Canada. Hailing from Alberta, Staples has become quite famous for his Twitch stream where he broadcasts his online tournament play for thousands of viewers. While his live tournament winnings might be modest, Jaime has done very well online.

Perhaps more noteworthy than his results, however, is the fact that Staples is a very well-known face in the poker community and he’s definitely done a lot to bring poker to the masses. His popularity first earned him a spot on PokerStars Team online and he’s now representing as a partypoker ambassador. People are attracted to his stream because it’s both entertaining and educational so it brings the best of both worlds.

Born in 1986 in Ontario, Kristen Bicknell is the most successful female poker player from Canada. With almost $5.1 million in live tournament earnings, Bicknell has definitely shown time and time again that she’s got the game. Her results are even more impressive when considering the fact she hasn’t played in many super high-roller events. She’s truly grinded her way up to the top.

Her poker resume includes three WSOP bracelets and all of them are unique. The first one came in 2013 when she snagged the Ladies Championship. Then, in a 2016 bounty event, Kristen was the last player standing. Finally, she managed to snare just recently during the 2020 World Series of Poker Online Summer Series.

As of this writing, Bicknell has claimed 3 consecutive GPI Ladies Player of the Year awards, and the partypoker ambassador is also always happy to give interviews to poker media. As she continues to grind away at the tables, it’s practically a given that she’ll be adding more wins and more prizes to her impressive resume.