The World Poker Tour in collaboration with partypoker will be running their biggest ever online poker tournament series, the World Online Championships, with $100 million guaranteed over close to eight weeks, from July 17-September 8. With the marquee events slated to begin soon, we spoke with partypoker ambassador Kristen Bicknell to get her thoughts on the upcoming series, as well as online poker play in general and her feelings about being a poker ambassador. 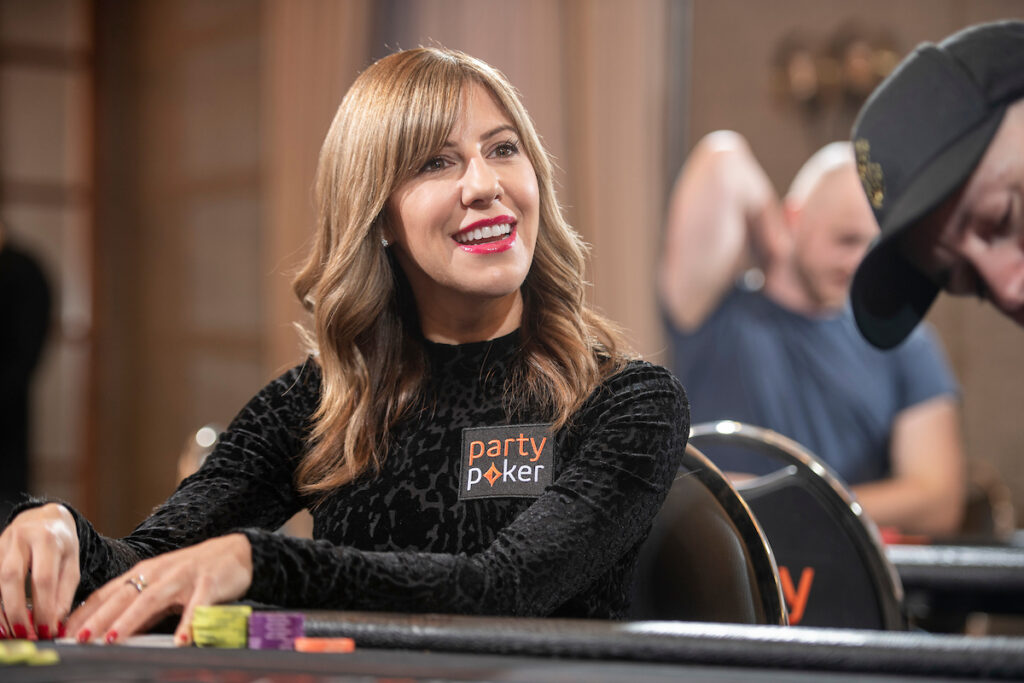 You have live poker results dating back to 2006, and your breakout win came when you won your first bracelet at the 2013 WSOP Ladies Championship, but you were really mostly an online poker player up until 2016. Only then did you start really grinding events on the live circuit. What was the impetus for that change of focus?

I did always play some live poker, especially at first when I was initially learning the game. When I started to take the game more seriously, it was through online poker. I was still attending university and it was just so easy to play online poker sessions from my own home. It was also a great way to play a lot of hands and get a ton of experience.

When I started shifting my focus to live poker, it was a combination of the online poker cash game environment changing drastically, and the fact that I was no longer in school made traveling more of an option. Once I had a few poker trips where I got a taste of the live circuit, I really enjoyed it and was happy to shift my focus there.

Obviously you continued playing online as well since 2016, becoming a sponsored pro with partypoker in 2017. In this pandemic era, it’s meant you’ve de facto gone back to your “online only’’ roots. What does it feel like to not have played live poker for so long?

I’m so thankful for online poker! It does feel a bit odd that I haven’t played live in so long, but the time has seemed to go by quite quickly. I’m going to feel a level of excitement when I get to pack for my next poker trip that I haven’t felt in years. I love playing online, but I do miss traveling and playing live.

Back when you were first on the online grind, playing millions of hands per year, you used to play up to a couple of dozen tables simultaneously. Do you still multi-table to that extent now?

No, I definitely don’t do anything close to that anymore.

For one thing, with tournaments there are way too many things to pay attention to. During an online tournament session, you’re simultaneously in various different stages of each tournament, which makes decisions much more complex than if you are playing cash games where there aren’t factors like ICM to consider.

Also, the games that I play now are much tougher, and I feel like the game is evolving so rapidly that it feels like auto piloting like I used to would certainly not yield desired results. My sweet spot now is probably something around six to eight tables, ideally.

Can you compare and contrast your style of play online now versus what it used to be pre-2016? In what way(s) has your strategy changed/improved?

With all the advanced software, and poker training resources available, the game has evolved immensely. Overall, I would say that I try to approach the game with a quality over quantity approach.  There is far less margin for error, so I’m doing much more hand analysis than I used to do in the past. Finding small edges is vital as the poker community as a whole is improving faster than ever.

The WPT World Online Championships will soon be starting on partypoker. Have you charted out a schedule for yourself of which events you’re going to be playing? What specifically about the events you’ve chosen appeals to you?

I’ll be playing all the events I can! There is the WPT Player of the Championship leaderboard promotion for the series with a prize of $50k going to the winner. I’m thrilled to see the variety on the schedule and aside from the $10k buy-in WPT World Championship Online, which is the highlight of the series, I’m excited about a few of the $3,200 events with huge guarantees.

The WPT World Online Championships start in one week!@krissyb24poker is aiming to join the Champions Club during the series.

With so many events to play and such an exciting online series to compete in over numerous weeks, it could be taxing on a player’s bankroll if you happen not to run well or, alternatively, aren’t careful. What sort of bankroll management tips would you give a player who wants to really grind and take a true shot at the upcoming WPT WOC?

While considering your buy-ins, it’s important to consider the worst-case scenarios; bricking everything, and being in for max bullets in everything.

I think my best advice is to sell action if you need to and play with a responsible amount of yourself in each event. I like to evaluate my bankroll daily and then adjust my buy-ins from there.

As a huge advocate for healthy lifestyle habits, I feel that eating and sleeping well is another way to generate an edge and not get burnt out through a long series.

It’s one thing to achieve big things in poker; it’s another to be a poker ambassador. You’ve earned yourself the opportunity to have big platforms, promote the game, and boost your profile. What do you enjoy most about being an ambassador for the game of poker in general and for partypoker specifically?

Hearing from other women that I inspire them is an amazing gift.  I’m highly motivated to get results not only for myself as a player, but for women in general. I’m passionate about shifting gender stereotypes in poker; it is a key driving force behind my motivation to become as successful as I can.

Being an ambassador of partypoker specifically is something I’m thrilled about. The amount of genuine effort by partypoker to improve the poker community is something I don’t think I’ve ever witnessed before from a poker organisation. Rob Yong goes above and beyond for the community.  I’m excited to watch the company continue to grow, and love being a part of it.