Making a big call on the river with a hand that can barely beat anything and seeing a huge pot coming your way as your opponents look in disbelief is one of the best feelings in poker.

A hero call in poker is one of the most exciting plays you can make, but making one at the wrong time can be very costly.

Finding yourself in a potential hero calling situation is one of the best examples of lifelong dilemma. If you call and you’re right – it’s great; but what happens when they turn over the nuts (which is what they’re usually representing in these spots)? If you fold and they show you a bluff, you’ll be beating yourself for not going with your gut.

Unfortunately, there isn’t a simple formula you can learn by heart and always use in situations like this. Instead, you’ll have to approach every single one of them individually and weigh the pros and cons of making a hero call.

That said, these three tips should at least give you an idea of the most important things to think about when making a decision. 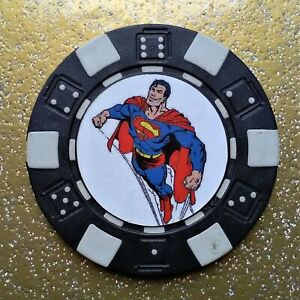 Think about the entire hand and put the pieces together

Making a hero call has excited players throughout the history of poker, but the most important thing about doing so is knowing why you’re doing it.

When you are faced with a significant river bet and you’re thinking about calling with a weak hand, don’t rush into anything. Take a deep breath, stay calm, and think about how the whole hand played out.

Start from the beginning and work your way through from there. Was it a limped pot, or was there a raise? What did your opponent do on the flop? Was their play strange in any way? Were there any alarm bells going off in your head at any point in the hand? Does the whole story your opponent is trying to tell look consistent?

It is essential to piece everything together before you make a final decision. Given the fact these are usually sizeable bets, your margin for error is very small. So, you are better off taking a couple of extra minutes to think it through and putting your opponent on an actual range than just making a crying call. And remember, if you can’t justify hero calling in a specific spot, there is nothing wrong with letting it go.

Hero calling is a lot about your reads

As mentioned, there isn’t a particular mathematical formula you could use to decide whether you should make a hero call in the first place. Of course, there are still some theoretical considerations in these spots but, at the end of the day, your decision will be heavily based on your read on your opponent and what you believe they’re capable of.

Making big hero calls against players who play a solid TAG style and virtually never get out of line is not the best idea. Often, these guys understand range advantage and make these plays in situations that are quite hard to exploit.

If you’ve never seen a particular player overbet the river on a bluff before, why do you think they’re doing it against you this one time? Your mind can play tricks with you at the table, but you have to be able to see past that.

On the other hand, when you’re up a wild and aggressive player, calling down light can be a much more viable option. This is a situation where you have to look beyond the bet size and actually consider the player you’re facing. If their huge bet looks like it was explicitly designed to get you to fold and there are some other elements to make you think they might be bluffing, go ahead and put those chips in the middle.

Don’t let your ego get in the way

When you’re thinking about making a hero call, you should be thinking about the things described above. What you shouldn’t be thinking is how much you’d like to catch a particular player bluffing and finally get one over them. Calling people off against all the odds just because you want to catch them with their hand in a cookie jar is a bad long-term strategy.

Of course, you need to think about the player you’re up against but only in terms of what you know about their playing tendencies. If you let someone get under your skin to the point where they have you calling off their 2x pot bets on the river with an underpair to the board, it might be the time to call it a night.