Top 3 Tips to Crush the Nits at the Table

In poker, a “nit” is, by definition, a player who sticks to only playing the very best hands and only getting involved in the pots when they have the goods. Many of these players play online poker while others spend their time at live venues. So, dealing with the nits is something every professional, semi-professional, and recreational player simply has to do.

Although they seem to believe their approach to the game can’t be beaten, and there are actually many nits advocating the approach on Reddit poker forums, there is plenty of evidence to the contrary. In fact, most of the best players out there certainly don’t advocate this style of play.

In much of my own strategy content at mypokercoaching blog, I demonstrate that this is far from optimal strategy, and that you should avoid playing too tight.

So, in this short article, we’ll give you a few tips on how to deal with the nits at the table by minimizing your losses against them and maximizing your profits in favorable spots. 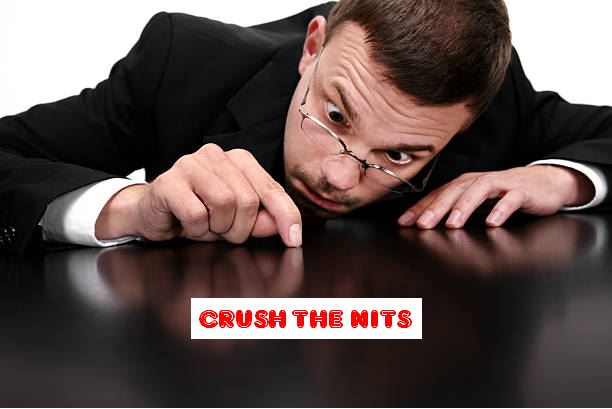 Generally speaking, nits will rarely open-raise without a good hand. They aren’t ones to mix it up or experiment with hand ranges. Nits stick to the top 10%-15% of the best hands and that’s something you can be certain of. So, what is the best way to counter this?

Simply put, don’t play weak holdings! If a nit opens a hand, there isn’t much reason to get involved, especially if you are out of position (in the blinds, for example). Tighten your calling range and fold the types of mediocre hands that you would otherwise defend with against more aggressive opponents.

Since these players have very solid starting hands most of the time, the best way to punish them is by not giving them the satisfaction of winning big pots when they finally decide to get involved.

What you can do to balance things a bit is widen your bluff 3-betting range to include more suited aces and suited kings, for example. Since these players are reluctant to get involved with anything but really good hands, they will often fold way too often to 3-bets, without paying any attention to who the 3-bettor is or how often they attempt a 3-bet.

2. Go after their blinds

Nits are the best players to target when they are in the big blind position. They will fold way too often and they’ll rarely 3-bet as a bluff, unless they have the top of their range, which makes this a perfect scenario for you.

In most cases, you’ll simply steal the blinds (and antes, if in play) and move on to the next hand. Some of the time, you’ll get to play in position after the flop against a player who never plays back unless they actually smash the board, so you’ll win most of those pots as well. On the rare occasion they find a 3-bet, you can over-fold against these players, because they simply do it so rarely that it almost becomes irrelevant.

3. Outplay them after the flop

Finally, nits tend to really play fit-or-fold poker, so they are easy to play against after the flop. If you have tracking software for the poker tables, you’ll easily notice these players by their low c-bet percentages, high fold to c-bet stat, etc. In a nutshell, these players won’t give you any real problems. They’ll play with you when they have a hand and let you win in all other instances.

So, if you are the pre-flop aggressor, you should almost always keep the heat on against these players after the flop. Don’t let them see another card and catch up. They’ll rarely float you with overs or backdoor draws. Unless they hit a decent pair or a really good draw, they’ll simply give up.

The same idea applies when they’re the one driving the action. Most nits will just fire a continuation bet (if that) and then give up on the turn unimproved. Against a player like this, you can float many board textures that you can assume don’t hit their range very well and just take the pot away from them when they check to you on the turn.