Top 3 Tips For How to Crush Passive Calling Stations

Finding yourself at a table with one or more players who seem keen on taking almost every hand to a showdown can be a tricky, but profitable, situation.

Sometimes it looks like these guys only know poker rules and make random plays, but to counter them efficiently you need to quickly recognize these players at the table and make some adjustments to your regular playing style.

Once you do, you can use these three tips to crush passive players and take their chips.

1. Forget about bluffing these players

The first thing you need to come to terms with is that these players pretty much can’t be bluffed. Occasionally, a situation may arise where firing a bluff may be the appropriate strategy but, in general, you want to seriously reduce your bluffing frequency against these players.

The fact they’ll happily call off two or even three barrels with hands as weak as fourth pair (or worse!) means that your bluffs simply lose value. These opponents simply won’t give up often enough to make bluffing in most “standard” spots profitable.

Additionally, when solid bluffing spots do appear, you should usually make your bet size smaller against calling stations. These players are usually in “call or fold” mode, so your bluffs will be just as successful whether you fire a half-pot or 1.5x pot bet. When your bluff doesn’t go through, though, you won’t be losing as much.

2. Be more liberal with your value bets

The fact that players we categorize as calling stations go to showdown with very weak hands opens them to a world of problems when they find themselves against a competent player. If your Hold’em Manager or other tracking software indicates that your opponent is a passive calling station, you need to adjust your value range to include some hands that you usually wouldn’t bet for value.

This covers a relatively wide spectrum of situations that you’ll simply need to recognize while playing. For example, in the spots where your pocket pair is lower than the highest card on the board but you know the player will call you down with much weaker than the top pair, you need to sometimes go for full value. 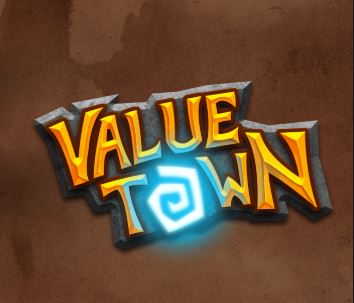 Usually, if these players have a hand as strong as a top pair, you’ll find out about it at some point during the hand. If they’re content to just check-call all the way, they’re far more likely to have something like second or even third pair. While this isn’t a strategy you’d generally adhere to against an average, solid opponent, it is a valuable adjustment to be making against calling stations.

3. Make your value bets as big as possible

Another adjustment you should make when playing against passive calling stations has to do with your bet sizing in value spots. In general, we tend to size our value bets in a way that we believe will produce the desired outcome (the call from our opponent). Against players who tend to be very sticky and have problems folding their weak hands though, we can get away with making big value bets with impunity.

On average, players who belong to this category think along the lines “call or fold” (as already mentioned) and the size of your bets doesn’t really affect their decision that much. So, for the same reason you should make your bluffs smaller, you should make your value bets bigger. Over-betting the pot in situations where your opponents clearly have something they want to take to the showdown is a great way to maximize your profits.

Once again, you don’t really have to worry about balancing your bet sizes against these players. Even if you had them crushed twice already when you made a huge river bet, they’d still keep calling you down with weak hands, believing that their hand must be good at least sometimes. You’ll be able to make a lot of money off of them before they start to adjust, if they ever do – and that’s a big if.