Play money poker may not be the “real” thing, but it can be a great stepping stone and an early learning tool for players looking to get into poker.

Of course, even experienced poker players can still have some fun in the play money games, although the extremely low skill level you will see at these tables can make playing them somewhat mundane.

Even so, if you are going to join these games, you should still be playing to win. That said, you might be surprised that it is not enough to learn what beats what in poker since you need a different set of skills to crush these particular games.

The way players play in these games is simply so different from what you may be used to in real money poker that many situations will arise that you have not encountered before if you haven’t played for play chips.

So, here are the top three tips I can give you that will surely improve your results and allow you to crush these games, even if the winnings you will get won’t be as valuable. 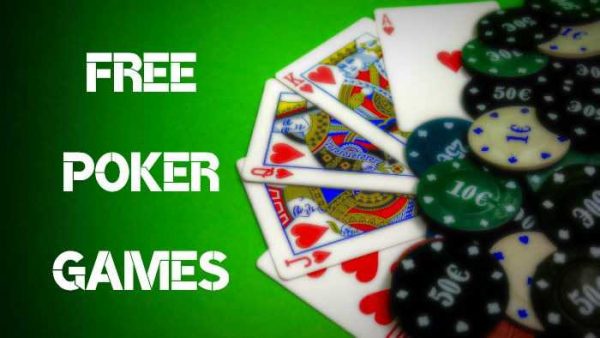 Learn to Time Your Aggression

In play money games, you will encounter two types of players very often. The first type is a player who likes to limp and call raises but rarely raises himself. The other type makes raises anytime he gets the opportunity, and he makes them unnecessarily large.

If you are looking to win at play money poker, you should learn when the right time is to be aggressive and exactly how to do it. Raising anytime the action is on won’t do the trick, but neither will limping and hoping you hit a hand.

Instead, you should be aggressive when you have a hand and pretty much fold in all other cases. Since we will be playing a fairly straightforward strategy, the time to bet and raise is when we have the goods.

I highly recommend making large opens before the flop with big hands like AA, KK, QQ, or AK, as you will get called more often than not, regardless of the raise size you pick.

The same goes for playing your hand once the flop has been dealt, as well as on later streets. If you have a big hand, bet it like you mean it. Don’t be afraid to bet full pot in heads-up pots or even overbet significantly in multi-way hands.

Players at the play money tables hate to fold draws, and some of them would not even fold a draw if you just went all-in. For that reason, you should make sure you charge them the maximum when you have a real hand.

Basically, following sound strategy and tips from the Texas Holdem poker cheat sheet will ensure you will crush it.

Know When to Fold

Folding when you are beat is just as important in poker as getting paid when you have the best of it. It can be tempting to make dubious calls with draws or weak hands in play money games, but this is not a part of the winning formula.

If you play the right strategy before the flop, you will have very big hands on the flop a large portion of the time. This means there is no need to call big bets with marginal made hands or weak draws.

You should always remember to look at the pot odds and make calls in situations in which they are profitable, as play money players will sometimes make weak bets that will allow you to call with your draws profitably.

However, when you face the big bets from the various maniacs at your tables, simply fold your hand until you know you have them beat and then get their entire stack in a single hand.

Tight is Right with Play Money

The phrase “tight is right” was invented in the old days of poker when some very good players only played a small part of the overall range and were able to defeat their opponents who were playing all sorts of trash hands with this approach.

Real money poker has evolved, and playing an ultra-tight approach usually doesn’t work anymore. However, tight is still right at the play money tables more often than not.

I don’t mean only waiting for the aces when I say play tight. Depending on the action on your table, you may be able to see some boards with hands like pocket pairs and suited connectors. On the other hand, pocket tens, jacks, or hands like ace-queen will grow in value against the ultra-aggressive players.

You should make sure to adjust your strategy to the way players at your table are playing. If there is a player raising to 10x every hand, you will want to try and get it in against him much weaker holdings since you be ahead more often than not.