When it comes to tipping in live poker, everyone’s got an opinion. From the moment the first pot was pushed to a hand’s winner, the question of if and how much ought to be tipped to the dealer has been on poker players’ minds. That said, just as the game of poker itself has evolved over the years, to a degree so have attitudes towards tipping.

Tipping itself has a long history in the world. It is a practice that is thought to have extended back to Europe and, in particular, 17th century England, where the term “tip” is thought to have originally been an acronym. “To Insure Promptitude” was allegedly printed on bowls in British coffee shops, and the rest, as they say, is history. Tipping is of course common in numerous fields and people regularly give tips to wait staff, to baggage handlers, and all manner of service industry professionals – according to the folks at oddsusa.com, even to clerks who handle your sports bets.

In any event, the history of tipping has also been coming under fire in recent times. In some Asian nations, tipping is considered offensive to the servers. Even in the USA, the attitudes regarding the practice are beginning to change towards phasing out the practice. So, how does the practice of tipping work in casinos, and will it – or should it – change?

Looking for a few poker players (recs and pros) and a couple dealers to take part in an article I’m writing regarding tipping.

Please get in touch if you’d like to participate AND you can give me quick turnaround time.

Cardplayer Lifestyle took up the challenge with a survey that, while not completely scientific, offers some insights into what poker players and industry employees think of the practice of tipping. Recreational players, professional poker players, dealers and card room staffers all responded to the five-question survey, with some expected answers and some curveballs tossed into the mix. This, the Great Poker Tipping Survey of 2020, perhaps gives an indicator of where tipping is at in the world of poker. 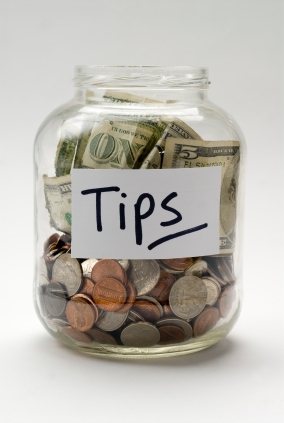 Over two dozen people submitted responses to the following five questions we asked:

Dealers Deserve the Tips That They Get

Surprisingly, perhaps, players overall didn’t have much of an issue with tipping the dealers. Most of the time, the dealers are recognized for having to put up with a great deal of crap and for less pay than other jobs in the casino. “I have friends who are dealers and people in the service industry… I know how hard these people work and the shit they have to deal with on a daily basis,” Patrick Reynolds, a recreational poker player, stated in his survey. “I think it is very important that people are able to make a living wage.”

This was a sentiment that was echoed across the board – that it was important that the dealers earn a decent living for the job they do. “I know the dealers are not necessarily paid well,” Dan Eckroth, another recreational player, said in his survey. “If they were, the establishment would let us know and take away the tip drop box.”

Professional poker player Ryan Laplante expressly stated it that it is the responsibility of not only the players but the casinos themselves to make sure that the dealers are taken care of. “Dealers getting paid well is important. (The relationship) between players and the casino (should) make sure they are compensated. Most casinos pull 2-5% out of each (tournament) buy in to pay directly to staff, although floors, tournament directors (TDs) and management tend to take a high cut from it.”

Professional Brian Soja had similar thoughts to Laplante. “(While) I play a game with my money, for money, to make a living, many of the people that work in the industry would gladly trade places with me,” Soja said. “Much of the staff in casinos earn minimum wage…they truly rely on tips to make ends meet. It’s hard for me, in good conscience, to walk in there day after day and play a GAME with my money and not show my appreciation for all the people that make it possible for me to earn my living.” 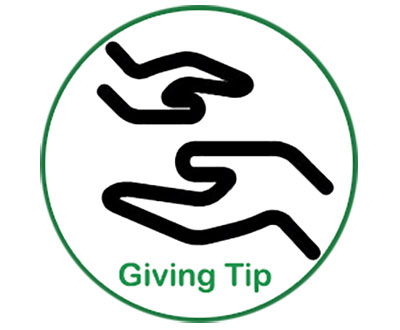 For the most part, players stated that they are always tipping the dealers unless there are special circumstances such as poor performance. “I virtually always tip,” poker pro Brian Hastings responded on the survey. “There’s a VERY small amount of times I’ve declined to tip, generally due to a dealer either behaving rudely or making a mistake that was because of a lack of effort. But I’ve only withheld tips in a handful of egregious cases.”

Recreational player Michael Bernstein noted that he always tips, as it’s “the cost of doing business” by playing at the tables, even in situations where dealers are terrible. “If they’re not paying attention, I’ll still tip, but while doing so I’ll give the dealer some attitude or at the very least clear notice that they ought to be doing a better job.”

The Floor? Jury is Still Out

Although the entirety of the respondents to the Cardplayer Lifestyle survey agreed on the dealers receiving tips, there were some deviations amongst the panel as to other staff of a poker room – the floormen/women, cashiers, and others. The general belief of the survey panel was that these casino employees were generally better compensated than the dealers and, thusly, weren’t looking to the tips as a way of “making a living.” “In a restaurant, we always tip our server, (but) not the management,” pro player Jamie Nixon stated. “In some scenarios, floor staff COULD be tipped, but they are usually paid better and occasionally will receive some form of bonus based on turnout (or other performance-based factors).” 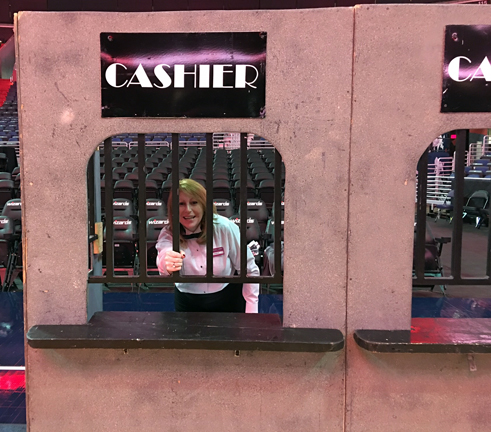 for illustrative purposes only

Some people believed that other personnel in a poker room didn’t get tipped because they aren’t as necessarily as noticeable as the dealers are in the game. “Dealers are just more visible (in) the game,” rec player Eric Wroblewski observed. “I understand that everyone involved is a critical piece to the poker game running, but the dealer is the one directly involved. I did hit a bad beat jackpot once while playing in Arizona and, after Googling tipping etiquette, tipped everyone that night!”

Greg Jennings, a semi-professional player, did point out an issue, however. Players are notified if there is a percentage of their tournament buy-ins removed for the house and, in particular, the dealers and staff, but they aren’t informed of what the breakdown is as to that percentage. “The tournaments/payout desk don’t make clear how tips are divvied; this information should be posted and/or documented in some manner.”

How Much Should You Tip?

So tipping is still going on in the poker room? What’s the “right” amount to tip?

There was a wide variance among the respondents to the Great Poker Tipping Survey of 2020 and there were some qualifiers in the responses. “If I am in a cash game, it’s $1 per pot,” Chris Johnson, a recreational player, responded to Cardplayer Lifestyle. “If I hit some kind of jackpot, I’ll tip 10% under $600 and 7% over that amount.”

Rec player Heather Gearan pointed out this dilemma well – what DO you do when you make the big score? And does the room make a difference?

“So many factors go into that decision,” Gearan said, “and it’s a really complicated calculus which…is impossible to get right. I’ll tip a higher percentage on a tournament where I know the dealers are depending on that tip than one in which there is a healthy dealer add-on. And it may be wrong, but I find it hard to tip as large a percentage in an unfamiliar room. I still tip fairly but tend toward the lower end of my range.”

Ed. Note: We’ve profiled Heather and Paul – the Poker Pilgrims – in the past. They’ve got a great story.

And Now…A Word From the Floor

One person who is never afraid to let his positions be known is well-known poker industry personality extraordinaire Matt Savage. The Executive Tour Director for the World Poker Tour and the Tournament Director of the Commerce Casino and Bay 101 Casino, Savage is constantly striving to improve the poker experience for both the workers and the players. “I think that tipping dealers or anyone in the service industry is just a part of the game,” he stated. “If you received excellent service then leaving an additional 1-3% based on the (tournament) buy-in is always appreciated.” He also believes that there shouldn’t be a set percentage, however, because of factors like a buy-in size to consider, and that pros aren’t necessarily going to be tipping as much as recreational players.

Charity poker room manager Rick Brown pointed out that dealers get “servers’ wage,” which is usually much lower than the legally mandated minimum wage. Thus, dealers need the tips to offset the difference. “If you don’t tip the dealers, then people leave the profession,” Brown firmly said. “Usually the best dealers deal cash games and, if you want to keep the best dealers, you have to take care of them.”

Brown also noted the differences between tournaments and cash games. “All of our tournaments end in a $5 amount. Most players buy in for $35 or $45 and then tip the dealer $5,” he said. “If they cash the tournament, they tip again. (In cash games), it is usually $1 a hand, going up as the pot is bigger, but some people only tip $1 no matter what.”

The Bottom Line? It’s a Personal Decision, But…

Everyone who responded to our Great Poker Tipping Survey of 2020 pretty much agreed that tipping is necessary for dealers in the poker rooms. Because those dealers are usually being paid less than a minimum wage, the tips help to offset the financial difference that they face. When it comes to the floor staff and cashiers, there’s a little diversity in opinion – in some cases, they should be tipped, but not as much as the dealers.

There are also some differences in cash games and tournaments and in just how much said tip is going to run a person – someone is not going to think twice about tipping a $1 on a $10 pot, but that becomes a bit different when you’ve cashed for a million dollar payday. The bottom line is that tipping in the poker room is still quite prevalent in the industry and it is dependent on the player involved, but every respondent in our survey felt that it should occur.

Perhaps Ken Kaulen Jr., President and co-founder of Chicago Charitable Games, Inc. said it best: “Not tipping a dealer at a casino is like going to a dinner, getting served by a waitress and then not leaving her anything. Almost every job I have worked since I was a kid all the way until after college I worked in the service industry. When you have survived on tips, you end up being a better tipper.”