If you’ve ever watched your favorite movie and wondered if the Hollywood actor who made you laugh or cry could play poker, then you’re not alone. Every great actor has their own version of a poker face, but there’s a lot more to being a big time actor than simply being able to pull a face, no matter what Adam Sandler fans will tell you.

What makes an actor great at poker, and which traits hold them back from winning at the felt? We’ve delved into the archives and taken a look at some of the ways that Hollywood acting chops can help and hinder players in their poker game.

Three Reasons Actors Can Be Great At Poker

It goes without saying that if you can pull off a great bluff and charm the fold out of your opponent in one go, you’re onto a winner. It may not surprise you to learn, then, that perennially beguiling Hollywood actress Jennifer Tilly not only has an Oscar nomination (for playing Olive Neal in the 1994 black comedy Bullets Over Broadway), but a World Series of Poker bracelet, too, for having won the Ladies Event back in 2005. 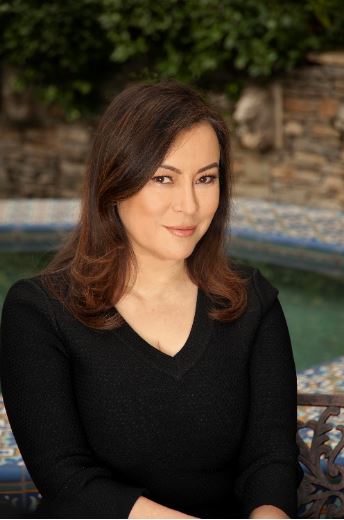 The Child’s Play, Bound, and Liar, Liar actress is the partner of Phil Laak, so a supportive poker partner has gone far for both parts of that power couple. Tilly’s recent prowess has been evident on the popular cash game show High Stakes Poker, where she has held her own against players of the caliber of Daniel Negreanu, Doyle Brunson, and Patrik Antonius.

Verdict: No-one knows what is behind Tilly’s smile, on-screen or off, but she is a poker powerhouse to this day.

Entertaining the other players at the table is something that few poker players in history have truly mastered, but a number of professionals have pulled it off. Think players such as Sam Grafton, Eli Elezra or Scott Seiver. It takes a rare breed to be able to truly engage with other players on a variety of subjects and still play the game well.

That said, we’ve never seen a more impressive level of comfort at the felt than exhibited by film star Kevin Hart back at the tail-end of the last decade in Atlantis. He was playing the PokerStars Caribbean Adventure. Sitting down at a $100,000-entry Super High Roller, Hart looked the part. He wore shades, a tight-fitting tee, and a pair of jeans that looked so expensive, they ought to come with a free plasma screen television embedded in the back pockets.

Over the course of 30 minutes watching him at the felt, I stood by reporting the action. Not only did Hart make me cry with laughter, but every player at the table responded exactly the same. No one could keep a straight face, even if they were involved in the hand with the pocket rocket himself.

At one point, Hart had a difficult call on the river for a huge chunk of his chips. After studying the board for some time, he looked frustrated. Leaning back in his chair, he removed his shades and said, in his best straight face, “I can’t see s**t in these glasses!” Cue a table full of laughter and several other players becoming completely disarmed.

I mean, take a look at Hart in action – who wouldn’t want to sit down at the felt with this guy?

Verdict: A laugh-a-minute entertainer who no player would want to bust for fear of suffering the wrath of their tablemates.

From starring on the small screen to commentating on televised poker stars, Gabe Kaplan is a TV legend. Starring in the popular sitcom Welcome Back, Kotter, Kaplan made millions laugh about the most trivial matters of day-to-day life. Transferring this light-hearted analysis to poker would have been tough for most, but Kaplan is a laconic natural at shining a light on the haphazard yet highly-skilled world of the poker table. 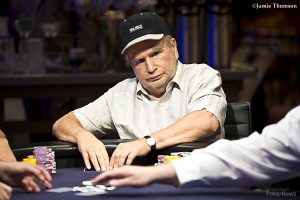 Being able to criticize play, praise poker, and separate the entertainment from the mundanity is all part of a commentator’s work. Being able to do so in a way that allows others to see how they could play as well is a real skill. Over many years Kaplan has not only helped millions enjoy the game of poker and laugh at his whip-smart jokes, but he’s educated fans on how to aspire to up their own poker game.

Verdict: Welcome back, Kaplan. At ease anywhere near a poker table, he’s made everyone he’s warmed with his words wiser about the game we all love.

Back in the days of Molly’s Game, there was one actor who was notoriously part of the action. Step forward – or perhaps crawl ominously forward on eight legs — Tobey Maguire. The Spiderman star was apparently one of the best players in the infamous Molly Game poker meet-ups, but took advantage of other players, and in particular drew whales close to the shore.

While this behavior might have landed him a pretty penny — millions according to those who were there — it didn’t exactly endear him to other players or celebrities. It would be fair to say that since his appearance in these games was revealed, Maguire’s star has waned somewhat in both Hollywood and at the poker felt.

It’s a crying shame for anyone who remembers his appearance as Trip McConnell in the early 1990s teen-Twin Peaks type show, Eerie, Indiana. It’s too bad that his ruses became more important than doing things for the right reasons off-screen.

Verdict: Don’t take a seat in a game with Tobey. Or ask him whether he enjoys surfing the ‘web’.

When the World Series of Poker announced Vince Vaughn as the official Master of Ceremonies for the 2022 WSOP in Las Vegas, it was a match made in heaven. As he said upon his grand entrance into Bally’s as a pre-cursor to the start of the WSOP Main Event, “Vegas, baby, Vegas!”

That’s a famous line from Vaughn’s 1996 movie Swingers, of course, but was the Dodgeball, Wedding Crashers and Old School any good at the felt? It turns out, maybe not. Sitting down to play his first-ever event, Vaughn shared the stage with players such as Phil Ivey and Phil Hellmuth but was unable to make as strong an impression at the felt as he did on the Main Stage, or ‘Thunderdome’. 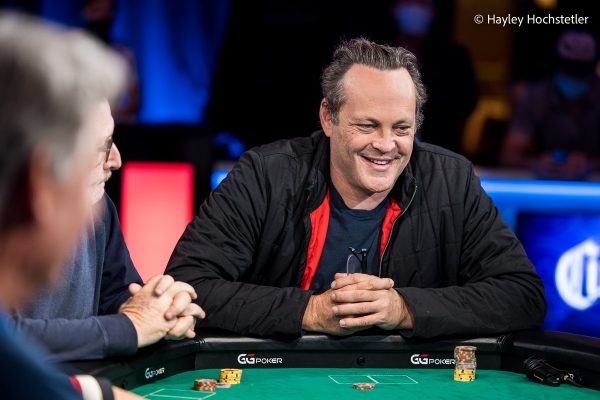 Carried into the Event Center by Roman centurion guards, Vince Vaughn walked in like Phil Hellmuth, but unlike the man himself – who has 16 WSOP bracelets and counting – giving the traditional “shuffle up and deal” to players didn’t help him at the felt. Could Vaughn turn into a decent poker player? Given time and practice, possibly, but for now, the jury has to be out. Vaughn, 52, will undoubtedly be back in 2023.

Verdict: The original ‘Wedding Crasher’ might have a few more fancy moves to make before he loses his poker bridesmaid tag.

Being a great actor should make you a great poker player, right? Surely the transferable skills of convincing others that you are bluffing are the same as putting in an Oscar-worthy performance on film? We beg to differ on that opinion and present our case against in the shape of the acting legend that is… wait, Matt Damon?

Yep, we’re going there. Matt Damon is the biggest actor in the best poker film of all time, playing Mike McDermott in the legendary 1998 movie, Rounders. He’s also been the Talented Mr. Ripley, Jason Bourne in the Bourne trilogy, and won an Oscar for Good Will Hunting. So why isn’t he as good at poker? Want proof. Let’s take a look at some of Damon’s WSOP ‘highlights’ courtesy of PokerGO.

Verdict: Damon may be an amazing actor, and is quite clearly a fun guy to share the felt with, with a great personality… but he’s never turning poker pro.