Thou Shalt Bring Poker to the Land of Zion

There’s no shortage of Israeli poker players. The one who likely immediately springs to mind is Eli Elezra, the 3-time WSOP bracelet winner, a legend famous for playing on High Stakes Poker and in the highest-stakes cash games at Bobby’s Room in the Bellagio. But there are many, many more. A couple of recent November Niners were Israeli, including Amir Lehavot and Ofer Zvi Stern, and there are multiple Israelis who have notched successes at WSOP events as well as at other prestigious poker festivals around the world. Altogether, almost 1,700 Israelis are listed on the HendonMob’s all-time money list. Even that figure, however, barely scratches the surface.

The early 2000s Poker Boom swept through Israel as well, with Chris Moneymaker’s likeness beamed to local TV screens followed by one WPT broadcast after another. Tens of thousands of Israelis discovered the game for the first time back then and have remained loyal to it ever since. Legions of Israelis play poker on a regular basis in home games. Beyond that, there’s a very active underground scene of poker clubs across the Holy Land where everyone from regular folks with day jobs to live cash game grinders partakes in and enjoys the game we all know and love. For all of that activity, however, poker unfortunately remains a game that’s illegal to operate in Israel.

Tens of millions of Americans, and more recently Australians, have become quite familiar with the frustration of not being able to legally play poker online, but at least they can usually still drive over to the nearest brick and mortar casino (even if it takes a couple hours) to ante up at the live poker felt. It’s another matter altogether, however, when you’ve got the poker-loving population of an entire country “held captive” with no options whatsoever to legally play the game other than to fly abroad.

While it’s one thing to hopefully pine for things to change one day, actions speak far louder than words. One man has resolved to actually do something about this untenable situation and do his utmost to finally get poker legalized in Israel, and that man is Israel Poker Academy (IPA) co-founder Stas Tishkevich. 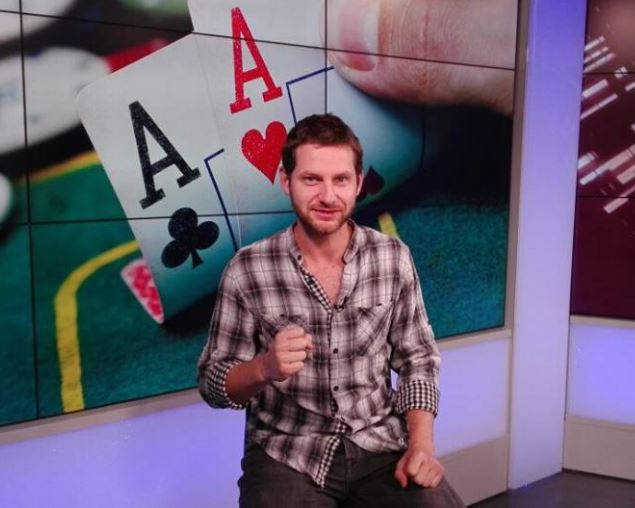 In just under four years, Tishkevich, along with his IPA co-founders Eyal Eshkar and WSOP bracelet winner Shai Zurr, has helped draw hordes of new students to the game and teach its intricacies to thousands right from the organization’s headquarters in Rishon Lezion, Israel’s fourth-largest city. Indeed, when it comes to understanding how passionate Israelis are about playing poker, Tishkevich has had a front row seat.

Somehow, in a country that doesn’t legally allow poker, our student body at the IPA continues to grow. We’ve had close to 2,000 people matriculate from our courses. These are people who play in bar poker tournaments, friendly home games, and the Israeli Poker Championship series, which is held abroad.

Tishkevich’s is a name that is becoming more and more familiar to Israelis, even amongst those with only a passing familiarity with poker. He regularly writes articles for some of the country’s largest newspapers and sports magazines appealing to all levels of play, from some of the most basic, introductory articles for beginners all the way up to nitty-gritty hand breakdowns for the most advanced poker devotees. In addition, he has appeared on most of the leading TV channels in Israel (including on the main national news broadcasts; i.e., not “just” the sports channels) in segments advocating for and discussing the game. Clearly recognizing that there’s a poker-loving audience in Israel, Tishkevich decided to take the next logical step and form a movement to lobby for the game’s legalization in the Holy Land.

The GoFundMe-style campaign promises a variety of perks to all those who donate to the cause, including everything from decks of playing cards to one-on-one poker instruction, to a seat at a televised cash game table.

With the funds raised, the campaign aims to:

As of this publication, the campaign is approximately 40% of the way towards its goal.

Even Moses Had Joshua, and a Flock

With all his passion for the cause, Tishkevich is acutely aware that he needs help and that it’s a tall task to go at alone. “We need to get the support of the greater poker community so that we can take the fight to the Knesset and our governing officials. A groundswell of support is our way to tell our country’s leaders that we are here, we want to play poker, and we want to see a change made!”

His “Joshua” – as it were – is Shimon Yaffe, an ex-pilot in the Israel Air Force. Yaffe serves as the Secretary General of the Poker Association as well as the tournament manager of the Israeli Poker Championship. 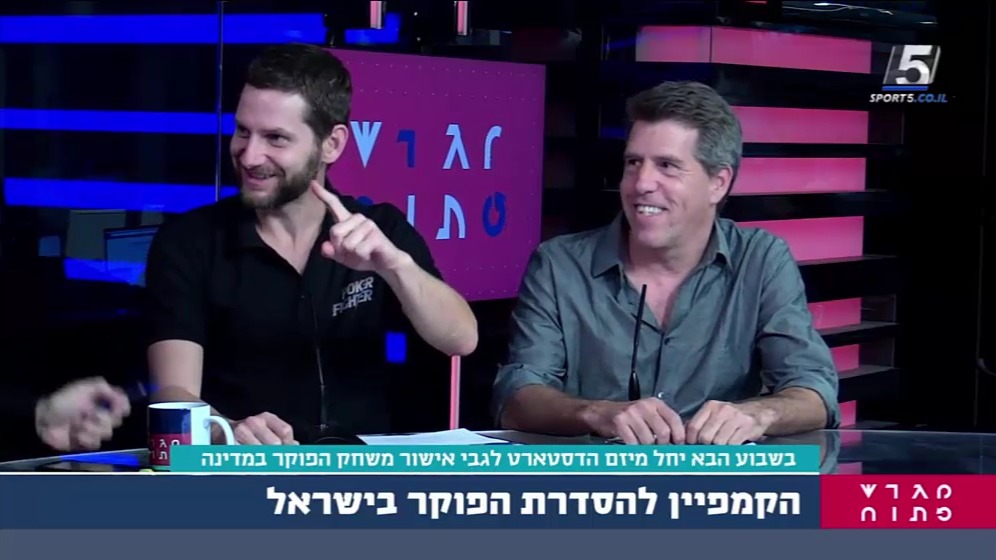 After years of poker players in Israel griping about the situation and not making any progress, the pair realized that they needed professional help to advance the cause. Monies they accrue from the fundraising project will be used to help pay for lawyers, lobbyists, and marketing professionals to help get the message across in the clearest, most direct way possible to the right people who need to hear it.

It’s time that Israelis who play in friendly home games should not be considered as breaking the law. It’s time to finally hold the Israeli Poker Championship on Israeli soil!

Support from the Top

Admittedly, I have a very personal interest in the success of this campaign, as I’ve lived in Israel since 1998. As much as I love playing in home poker games and traveling abroad to play, it’s incredibly frustrating to not have a brick and mortar cardroom to play at that I can drive to. To illustrate the dichotomy, here are side-by-side screenshots of the Bravo Poker Live app, one taken when I opened it up from my home versus the other, when I was in the heart of Los Angeles a few weeks ago.

How close are YOU to the nearest land-based poker room?

While in Los Angeles, I met up with Eli Elezra, who was playing in the LA Poker Classic at Commerce Casino. Over the course of our conversation we touched upon the (sore) subject of there being no legal poker in Israel and to my surprise and delight, he was familiar with Stas and the I L❤VE Poker – Israel campaign. In light of that, we recorded a short video, which I invite you to watch below.

After my conversation with Eli, it dawned on me that Stas’ efforts had a reach that wasn’t solely confined to Israel’s borders. Israelis abroad had started becoming aware of the movement. As a staunch supporter of legalizing poker in Israel, then, I felt it was my duty to do something tangible to try and help.

Making a monetary donation to the campaign is one thing, but I’ve also got this platform to help spread the word; hence this article.

While the cause of legalizing poker in Israel is obviously a national one, there’s nothing stopping poker advocates from all over the world from supporting it. After all, wouldn’t it be something to some day be able to come and visit and play in a fine Jerusalem poker room? Perhaps a first-rate hotel/resort complex in Eilat or the Dead Sea may some day host a world-class poker tournament series?

If you want to take an active role in helping to make that reality happen and wish to donate funds to advance the cause of advocating for legalized, regulated poker in Israel, I invite you to visit the I L❤VE Poker – Israel fundraising page, which contains further information in English.