Let My People Go… and Play Poker in Israel

One of the most well-known phrases in the entire Bible, “Let my people go”, was uttered by Moses, when he approached Pharaoh multiple times demanding that the Jewish people be released from slavery in Egypt to go up to their homeland, in Israel. 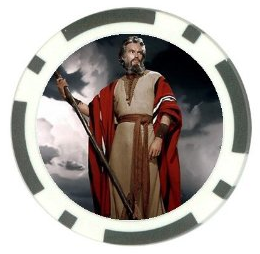 The Exodus miracle is still commemorated to this day, and right now we’re in the middle of the Passover holiday which is a celebration of Jewish freedom. A proud Jew myself currently residing in Israel, I nonetheless sadly lament that our ancestral and modern day homeland is still a place in which one is not truly free to play poker.

Israeli law prohibits pretty much all forms of gambling except for games run by the national lottery. Poker, unfortunately, is no exception to these rules, as clarified in a 2008 ruling by the Tel Aviv Magistrate’s Court (Hebrew only). Indeed, the unofficial “Israel poker championship” event ran for a couple years, but was subsequently discontinued after the court ruling. The only professional-caliber live poker action for Israelis can be had overseas, literally, as in on special events aboard poker cruises.

There is, nonetheless, a very vibrant poker home game scene, of which I’ve been a part for years. Tens of thousands of Israelis play poker recreationally anywhere from once a month to many times a week with their friends and colleagues. To that end, shops selling sets of poker chips as well as other poker supplies are practically ubiquitous. And of course, there are also plenty of Israeli poker forums online where local fans of the game discuss their favorite hobby. There’s even an official Israel Poker Academy!

Can One Play Online Poker in Israel?

As far as online poker in Israel, it seems to sort of fall into a gray area legally speaking. The main problem local authorities seem to have with poker in Israel is the organizing or and profiting from games. That’s also why the home game scene in Israel sort of slides under the radar, as it were, as players overwhelmingly just gamble among themselves with no “house” profiting from the games.

Ironically, perhaps, the world’s largest online poker site is owned by the Israeli-Canadian Scheinberg family, with many other Israeli nationals, like Teddy Sagi, acting as power players in the online gaming industry. Plus, as I wrote about back in November, a very significant chunk of all online casino and poker operations are powered in part by Israel’s high tech industry. Importantly, however, not a single gaming server is located within Israel’s borders and, strictly speaking, all operating profits are made outside of the Holy Land, so Israeli authorities aren’t blocking access to these foreign online poker sites.

Indeed, as far as Israeli online poker players are concerned, there doesn’t seem to be any criminal offense involved. Thus, it’s not uncommon to find online poker players hailing from Tel Aviv, Haifa, and other Israeli cities. As a matter of fact, poker pro Jennifer Shahade just recently contributed a piece to the PokerStars blog about playing online poker from Jerusalem. 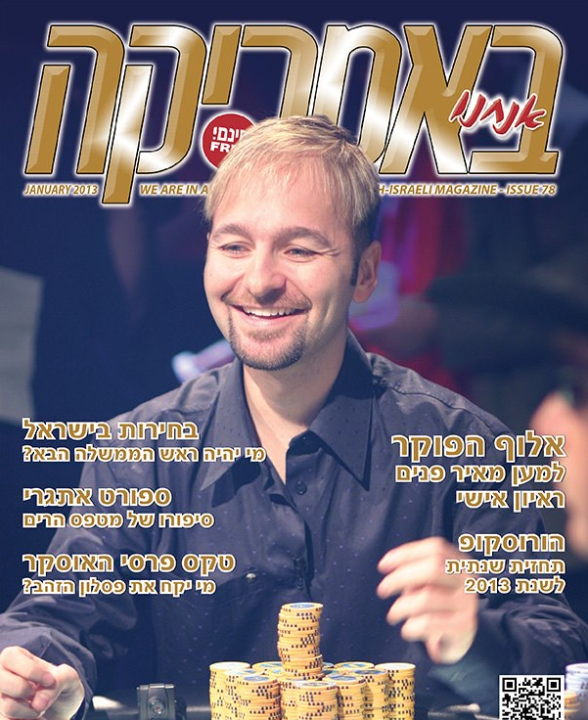 Historically, the Jewish people have always had a particular affinity for all things gambling. For instance, another yearly festival on the Jewish calendar, Hannukah, has plenty to do with the game of poker. Moreover, it’s quite well known that the many “founding fathers” of Las Vegas, like Bugsy Siegel, were Jewish, as are some of the biggest names in casino gambling today, like Sheldon Adelson and Steve Wynn.

As far as poker itself is concerned, there are numerous Jewish professional poker players who have become household names over the last decade since the poker boom. Aside from those who made my personal list of the Top 10 Jews in Poker, there are literally dozens of others including WSOP bracelet winners like David Benyamine, Rafi Amit, Vanessa Selbst, and Amir Lehavot, as well as other known “names” like Ari Engel, Yuval Bronshtein, Matt Glantz, and cash game specialist David Oppenheim.

To boot, the CEO of the World Series of Poker, Mitch Garber, is not only Jewish but also very active in philanthropy in Israel. If poker were to be legalized in the Holy Land you can be sure Garber would be a strong proponent of putting Israel on the world’s poker map.

A Vote in Favor of Legalized Poker in Israel

With all that said, the connection that Jews, and Israelis in particular, have to poker is crystal clear. Why, after 65 years of independence, authorities have yet to officially legalize poker in Israel is completely beyond my understanding. Certainly it’s a measure that would be widely supported if it were to ever happen.

A new Israeli government was just sworn in a couple weeks ago comprised of many new legislators dedicated to changing the status quo on multiple fronts. There’s never been a better time for the status quo to change as far as legalizing poker is concerned.

I’ve never been to Israel, but when I finally get there I hope to run into Natalie Portman (very low chance) and play some live poker!