Poker players often turn to television dramas when the chips are down, on the plane to a tournament, festival, or simply in downtime. But could the programs we watch when we’re not at the felt actually help us once we’re at the table?

We’ve found six TV gems that poker players can claim are of strategic benefit to watch… or at least that’s what you can tell your other half when your streaming network asks you if you’re still watching after seven straight episodes.

It’s time to log on, binge away, and learn how to be better at poker along the way: 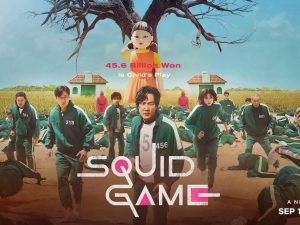 One of the smash hits of 2021 was the Korean masterpiece, Squid Game. In it, 456 players are reduced to just one winner, who has to work their way through the field in a cut-throat manner in a desperate effort to become champion. Sound familiar?

At first glance, it may seem that Squid Game has nothing in common with poker because each of the six games that take place in the show are violent, brutal, and at times plain cruel. But the human element of understanding your opponent and what it will take to overcome them is writ large in this colorful, entertaining romp through a quest to escape alive.

Tournament poker is full of comparable moments to Squid Game, with the increasing elements of danger, and commonality between players at the table building the closer you get to the final table. Ever felt more in control than two tables left and much better players around you than on Day 1a of a huge MTT? This feeling will be one you get to enjoy vicariously if you stream the show on Netflix. 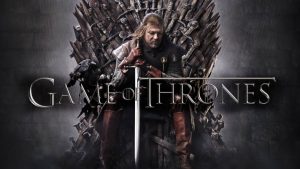 It’s scary just how soon Game of Thrones has already gone from the show everyone had to watch the moment each episode was released to being a program that is now referred to as something in the past.

If you’ve never seen ‘Thrones’, then you’re missing a treat. It is essentially the entangled story of two warring families across seven different kingdoms. The show transformed over later seasons into a fight not just between good and bad but between the dead and the living.

From White Walkers to Lannisters and everything in between, this sprawling fantasy series may exist within a make-believe land of many-turreted castles, fire-breathing dragons, and a ‘moon-door’. However, many of the problems encountered by the players of the titular Game of Thrones are not only human, but highly poker-related.

From banding together with like-minded souls in order to survive and doing the morally right thing, Game of Thrones taught poker players that while you can be a dangerous opponent when you’re playing the game, away from the table you can approach life with a conscience and it might end up being the thing that saves your life. 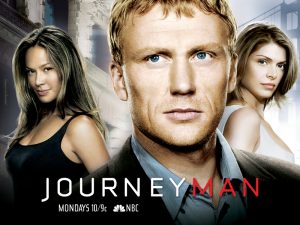 If you’ve never heard of this series, we’re not surprised. Debuting 14 years ago, it was canceled after landing in the worst possible spot for any TV drama in the last quarter-century, namely following the second season of Heroes.

Journeyman centers around the life of Dan Vasser, a newspaper journalist who discovers the ability to time travel when he is beamed into the past in order to help others find the right path through life. Vasser, however, does have a weakness while he is on his ‘Superman without a cape’ mission. He has a gambling addiction, in particular to poker.

Poker plays a huge part in the sixth episode of the short-lived series, but the ability to read people, understand their motivations and put people’s stories together are all core skills of Vasser, who is part of a great cast of characters that would put the best poker table you could assemble to shame. 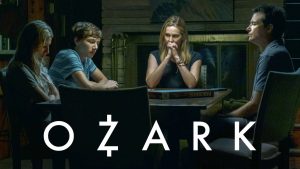 One of a number of ‘sleeper’ series that caught fire during the pandemic, Ozark has become a Netflix smash hit. The story centers around a family who relocate to the Missouri Ozarks when they are threatened with death by a drug cartel. They face a stark choice – launder millions of dollars over five years or be killed.

Starring Jason Bateman as Marty Byrde, the family are put to the ultimate test for their lives on multiple occasions. Dealing with high-pressure situations in a calm way makes Marty a compelling character. Whether it’s running a bluff or making a huge call, if you’re not inspired by Marty’s ability to do so with his life on the line, you’ll never three-barrel bluff with air. 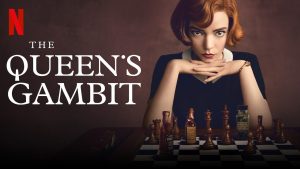 Another new series is The Queen’s Gambit, which has become the series to watch for many poker players, including Daniel Negreanu. The narrative of the plot is that a genius chess prodigy must climb the ranks of the Grandmasters while masking a drug dependency that threatens everything in her life.

The notion that poker can be just as challenging to overcome as chess is not a new one, after all, poker was classified as a mind sport back in 2011. But the story of dependency and gambling is retold in a stunning and unique fashion as Beth Harmon, played by Anya Taylor-Joy, traverses the perils of poker and her drug addiction in her rise to prominence in the chess world.

Learning about the addiction element of playing a game may not sound as strategic as it is a terrible forewarning. But watching the lengths someone can go to keep themselves on the rise can be a guide that anyone, even in the most desperate of physical and emotional ruin can pull their A-Game together, so there’s no excuse for you not to. 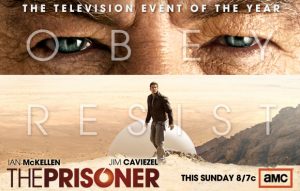 A lesser-known gem, this six-part miniseries was based on the political and sociological exploration that was the original 1967-68 series from Patrick McGoohan and filmed in Portmeiron. Produced in 2009, the new series details the imprisonment of a man in what appears to be an escape-proof village.

Over time, the main protagonist of the series, played by Jim Caviezel and known only as ‘Number Six’, attempts to overcome ‘Number Two’ and escape, but is thwarted in a variety of brutal ways. Taking on the man at the top in order to succeed will be a scenario familiar to anyone who has been moved to a tournament table and run into a table bully winning virtually every pot they play.

The Prisoner may center on the notion of freedom and escape, but it also says a lot about the indomitable spirit of anyone who battles to win the day and how far they might be willing to go to achieve it. Does The Prisoner escape? That would be telling…