At the start of the interview, Bill joins the show and discusses how he got into the world of poker back in the 1990’s. He started in limit poker. Bill recalls how the payout the structure was different in those days, as only the final table was paid (ex: 1995 Four Queens $500 tournament had only 227 players but first prize was $45,400). Bill discusses his poker coaching career which includes working with Jonathan Little and starting PokerCoaching.com.

During the second part of the interview, Bill Seymour talks about starting his Facebook poker group which led to his book, Life’s Memories, Friendships and a Touch of Poker. Bill shares some of his stories and talks about late poker player, Gavin Smith. Bill also recalls the introduction of no-limit hold’em in Atlantic City, New Jersey. 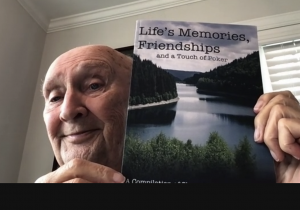