At the start of the interview, Eugene joins the show, describes his background, and why he returned to Ukraine for PokerStars. Eugene talks about founding the e-sports team Qlash with Italian poker pro Luca Pagano. Eugene talks about his poker popularity in Ukraine and tells how he met his wife. He also recalls the growing political tension in Ukraine and describes the invasion by Russia of Ukraine on February 24, 2022.

During the second part of the interview, Eugene shares his decision-making process during the invasion and explains how he decided to drive west to leave country. Eugene talks about crossing over the Hungarian border and then trying to help others. He also shares how Leon Tsoukernik, owner of King’s Casino, has helped 500 refugee families. Eugene describes some shocking pictures from his Twitter account. Eugene supports the Emergency Response Fund for Ukraine via King Baudouin Foundation. To donate, please click below 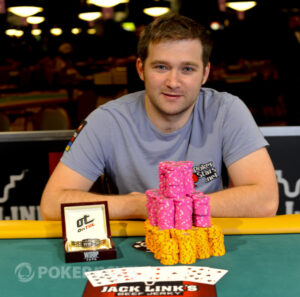