Short Deck Poker: Is it the catalyst that the UK poker scene needs?

Despite producing renowned pros such as Sam Trickett and the late Dave Ulliot, it is no secret that the UK has never been at the forefront in setting trends for poker or evolved with poker as time has gone on.

The largest casino chains in the UK such as Grosvenor and Les Croupiers still only offer £1/1 and £1/2 NLHE cash tables as well as the same lacklustre tournament structures that turn games into shove/fold competitions by level nine. Obviously there are exceptions to the rule, as in London there are casinos that offer larger cash table stakes as well as better structured tournaments. However, for a large majority of poker players or those interested in playing for the first time, their only access to a casino is one of the major chains. 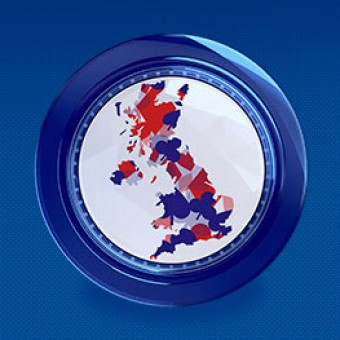 There is a case to be made that poker in UK is doing fine as seen with the record numbers participating in this year’s Goliath Main Event, however the problem is more deeply rooted than that.

When talking to other players at the table, their frustrations are similar to the ones that have been presented in this article. Furthermore, poker rooms in the UK consist of the same faces that have been playing in their preferred establishments for years. This is bad for the British Poker as it suggests there is a lack of influx of new players as well as highlighting that beginners aren’t returning to the felt as they feel it is not worth their time.

Short Deck, also known as 6+ Hold em could be the catalyst that the UK needs, whilst still relatively unknown in the poker world and definitely in the UK. Short Deck has been the go-to game as of late for some of poker’s biggest names such as Phil Ivey, Tom Dwan and Andrew Robl. With Robl adding in an interview with Poker Central that “short deck is definitely more fun and makes No Limit Hold’em look boring.”

After contacting three of the largest casino chains in the UK – Grosvenor, Les Croupiers and Rainbow Casinos – not a single one of them offered short deck as a game to play, be it on a cash table or in tournaments. David, a Poker Manager from Les Croupiers, explained that “it doesn’t have the mainstream traction to warrant a place in their poker schedule and only works best as a side event at a festival.” To this writer, this exemplifies that the UK will always be playing catch-up and is happy to maintain the status quo.

Whilst it’s fair for both older and new casinos to say that they won’t offer short deck due to the lack of mainstream traction, it’s only hurting current and prospective poker players by not offering alternative games. After all, variety is the spice of life.

Why does the UK poker scene insist on making players wait? There’s no harm in giving it the old college try. In turn, poker players in the UK would be better off as well. A positive effect of this would be a higher retention of new poker players, which casinos surely want.

READ MORE: Let’s See What This Short Deck Hold’em Craze Is All About

Short Deck could also be one of many solutions to address player frustrations in the UK.

Firstly, as it is a new game, experienced players’ edges are limited, which is helpful to new and recreational players. New players who enter the card room and get cleaned out on their first go playing poker are more likely to return to their usual blackjack and roulette tables, which is not good for poker. Put crassly, when there aren’t as many sharks in the pool, the fishes’ money lasts longer.

Furthermore, in short deck no hand is a massive favourite against another. For example, in a J10 vs. AK match-up, both hands have around 50% equity pre-flop. This creates more action for players, which everyone can appreciate. When you’ve got a room full of standard low-stakes cash game tables where any pre-flop raise causes everyone else to fold, it makes for poor action and a stagnant atmosphere. Thus, short deck would benefit players by giving them the opportunity to play in bigger pots as well as the poker rooms, which will never complain about the extra rake that they will be taking in.

To say that poker in the UK is in a crisis would be hyperbolic, however constant rejection of new games will only continue to stifle the player pool and keep British poker stagnant.